We are very proud to announce the mayoral candidacy of our Austin-based contributor, Alan Pease. And to give this context, this is an announcement, not an endorsement – neither publisher Adam Moore nor this editor reside in Austin or could vote in an Austin election. But we both care mightily about Texas, and candidates such as Alan Pease supply a compelling perspective to the many tasks inherent in successfully managing government, while attempting to meet voter expectations.

If you’re lucky enough to live in Austin – and know enough to pay attention – please consider Alan’s candidacy this fall. And if you consider, go ahead and compare. Alan has deep ties in the Austin community, while admitting that many of those roots are emblematic of the challenging Austin traffic. Only in Austin does it take so d*mn long to become uprooted! DB 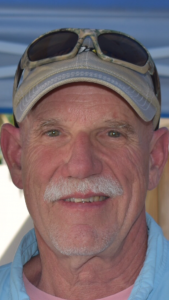 Alan Pease was born in Washington, DC, and grew up in the DC area, attending both public and parochial schools in DC and suburban Maryland. After graduating high school, Alan joined the Marines, serving in Vietnam as a Marine artilleryman.

Alan worked in Alaska, training and driving sled dogs for a year. He then went to work for Yellow Cab of Anchorage for 18 months driving taxi cabs, dispatching and re-organizing the Yellow Cab fleet of cabs, commercial passenger vans and commercial bus operations into one compatible and efficient operation.

Alan also worked four summers and two winters for the National Park Service. Two of those summers were spent at Whiskeytown National Recreation Area, outside of Redding, California, as a part-time lifeguard the first summer, and then as Lifeguard Supervisor the following summer. He was then recruited by, and worked a third summer season at Lake Mead National Recreation Area outside Las Vegas where he was Lifeguard Supervisor and Training Officer. At Lake Mead, he was also one of two National Park Service rescue and recovery scuba divers. Alan worked an additional summer season at Lassen Volcanic National Park.

Alan’s experience in the motorcycle tour business led him to design and produce over 300 individual automobile and motorcycle press events for BMW, Jaguar Cars, Aston Martin, General Motors, and Ford Motor Company as an independent contractor.

In addition, Alan reported on the permitting process, construction and opening of the Circuit of the Americas racetrack for Autoweek magazine. For this assignment, Alan attended meetings often the Austin City Council and Travis County Commissioners Court, in addition to multiple other public hearings. Alan continues to follow both the current Austin City Council work sessions and public meetings, and can frequently be found at City Hall on council meeting days.

When not attending city council work sessions or meetings in person, he watches the city council on ATXN or listens to it on KAZI radio. Alan has been known to speak occasionally, in public at council meetings.

Alan Is a long-standing member of the Austin Aquatics Advisory Board, and the Texas Auto Writers Association. He currently writes – on a regular basis – for txGarage.com. He can be found most mornings throughout the year, along with his dog Clark, at either Barton Springs Pool or along one of Austin’s many hiking trails.