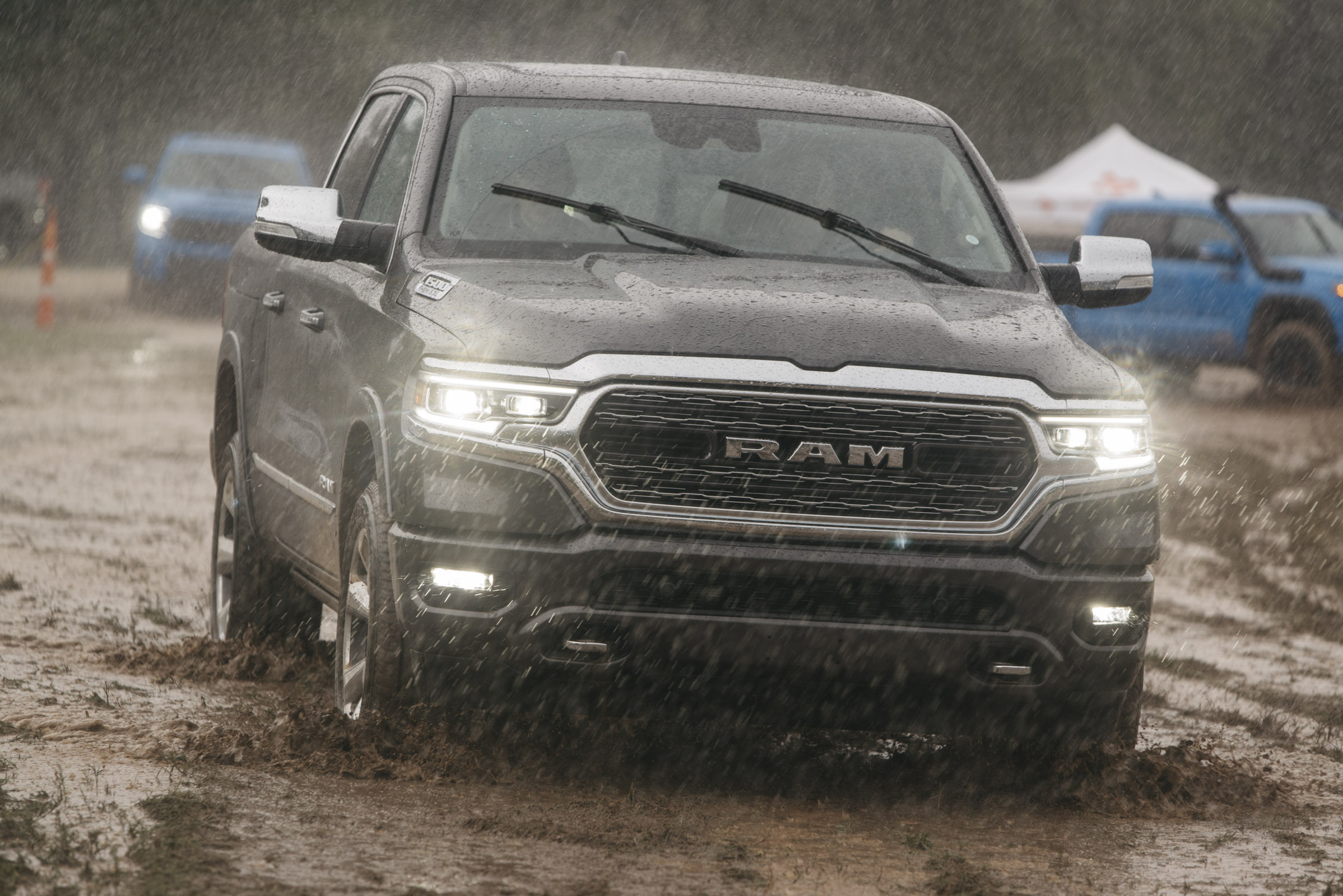 It’s been 25 years since a small group of Texas-based automotive writers and broadcasters gathered in San Antonio for their first Texas Truck Rodeo. And while – at the time – it was an ambitious gathering of journalists and the PR/marketing teams representing the OEMs, you could fit all of that year’s attendees into one smallish hospitality room. Twenty-five years later it takes a hotel ballroom.

Most of the manufacturers selling trucks, SUVs and crossovers in these United States were there, and many of those left an impression. We asked our regular txGarage contributors to provide us with reporting on their one significant takeaway; you know, one that made them go, well, ‘gaga’. For Harold Allen, it was the growing dominance of the luxury interior in both luxury and non-luxury rides, while for everyone else it was one notable vehicle creating surprise and/or delight. Here, then, are our collective impressions from what has become quite the ride. – DB 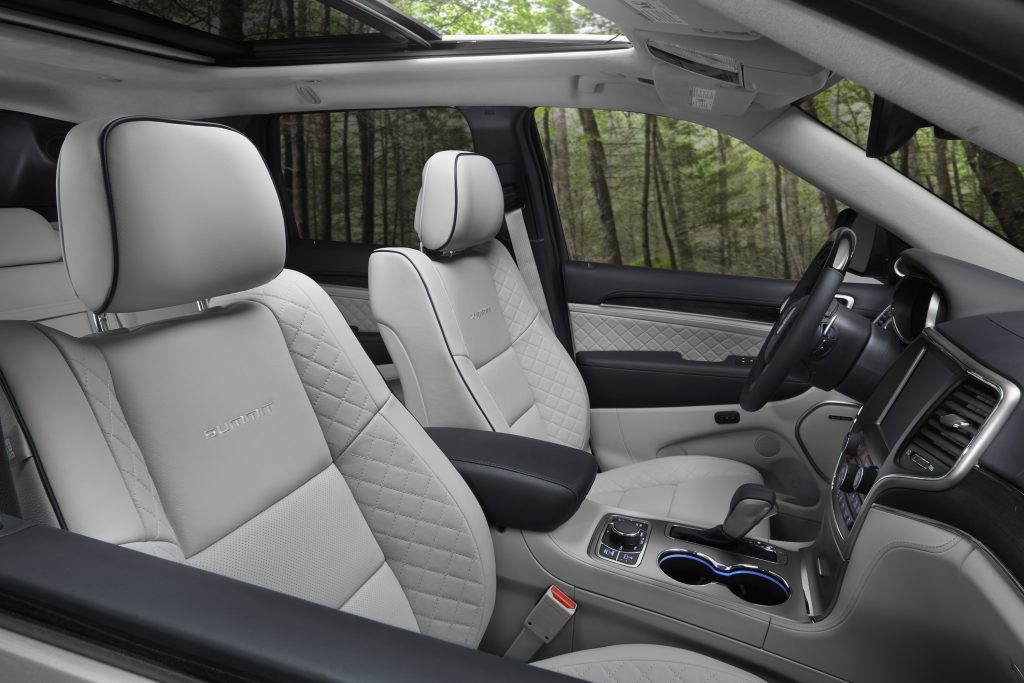 HAROLD ALLEN: Less than twenty years ago truck and SUV interiors were relatively sparse, and it wasn’t unusual to have just a black rubber mat on the floor. With the evolution – and ‘gentrification’ – of the SUV and truck market, their interiors needed to be upgraded to accommodate (and comfort?) families while still serving in a work environment.

It is not uncommon to find a pickup truck selling for over $60,000-$80,000, while one of the sport utilities at this weekend’s Truck Rodeo was over $100,000, and many more were approaching six figures. With 57 entries in the Truck Rodeo, almost every single one had a luxury interior. Most of these interiors featured high-grain leather and sound systems equal to any high-quality home stereo system. Leather seats were equal to high-end home furnishings, while many of the high-end vehicles featured wood trim accents. And three major winners had exceptional interiors: the 2019 Maserati Levante GTS, the 2019 Ram 1500 Limited and the 2018 Alfa Romeo Stelvio Quadrifoglio. 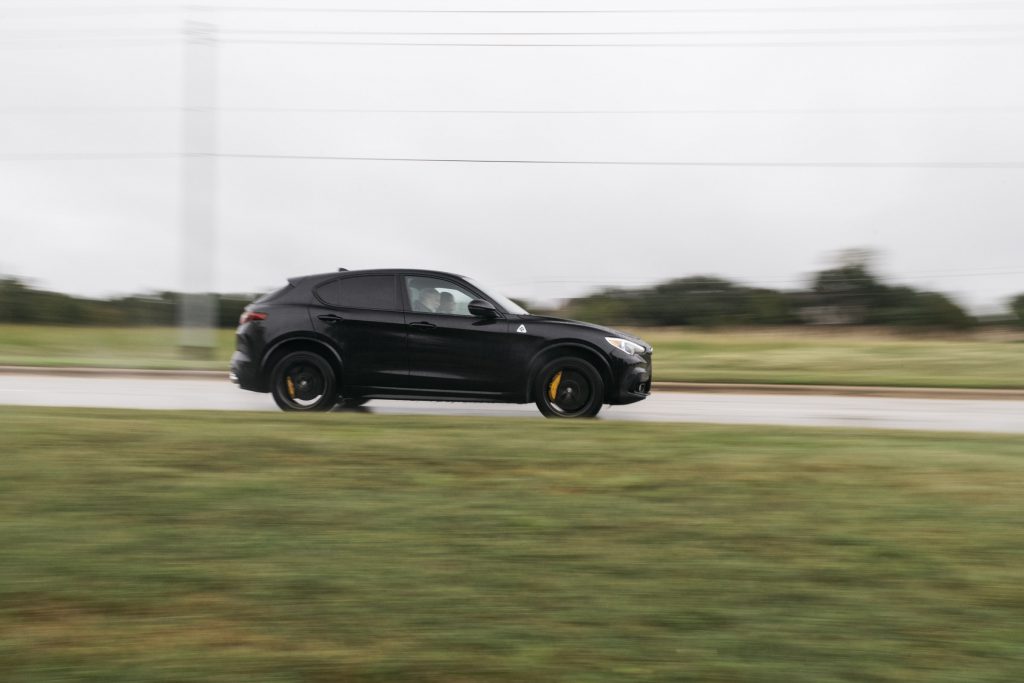 ALAN PEASE: Over two days of pounding rain, gourmet coffee, and meals caught on the fly, the Texas Auto Writers Association pulled off the 2018 Texas Truck Rodeo. Temperatures dropped from a high of 86 as the event began on Sunday to a record low (high of 50 degrees) on Tuesday. Dams opened their flood gates. Towns were evacuated. Traffic snarled. And those Texas auto writers – including most of the txGarage team – still managed to get out and drive.

Once I worked my way behind the wheel of the Alfa Romeo Stelvio that bad weather seemed to disappear in the rearview mirror. Starting at $42,000, it’s not cheap. But with the actual average transaction price of new cars – according to industry journal Automotive News – sitting at almost $36,000, it’s not too expensive, either. For that money you get an elegant Italian interior in a high-performance SUV, with muscular curves and state-of-the-art engineering – even in the base model. Want to go all out? Then work your way up to the Stelvio Quadrifoglio, which begins at around $80,000. Whichever one you choose, drive it in the rain. That’s where it really shines. 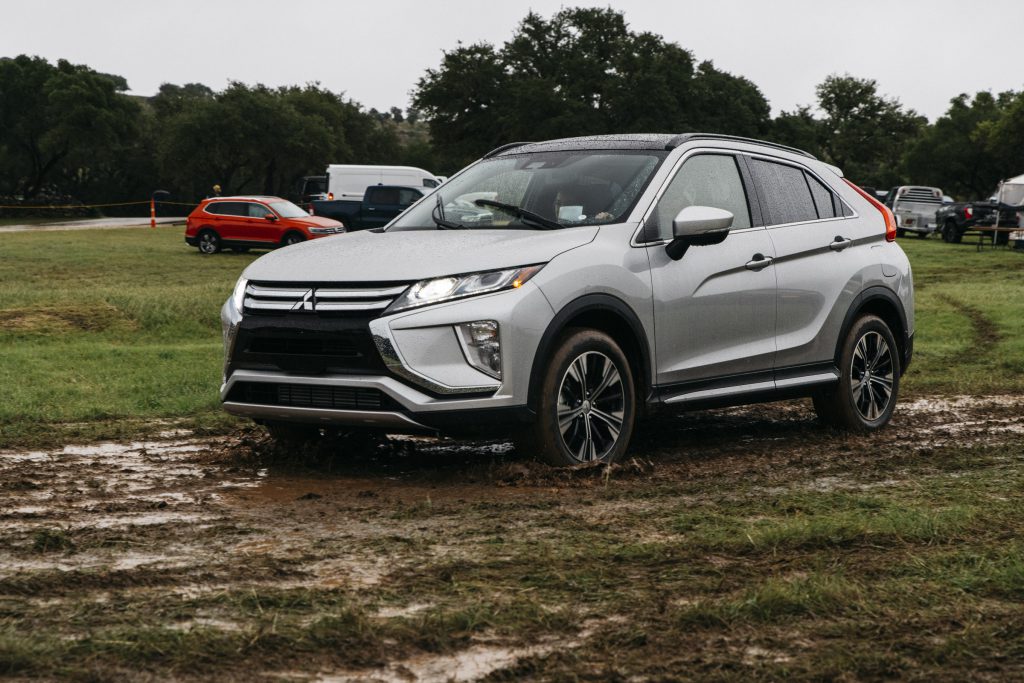 JESUS GARCIA: Like many millennials, when I hear ‘Mitsubishi Eclipse’ I think of a lime green JDM coupe with shiny wheels, a massive spoiler, and a tank of nitrous in the trunk. It’s the Eclipse from the first Fast ‘n Furious franchise that imprinted itself in the memories of most car people growing up in the early 2000’s. I kept thinking about that in the moment leading up to test driving the new 2019 Mitsubishi Eclipse… Cross. Mitsu’s Eclipse is back, but in name only.

The 2019 Mitsubishi Eclipse Cross may have morphed into a crossover, but the details show Easter eggs of homage to cars no longer with us. The rear taillight bar that cuts through the center of the rear window is my favorite design element on the Cross. When looking through the rearview mirror, the divide in the window reminded me of the signature hoop spoiler on second-gen Eclipses. And the Super All-Wheel Control (S-AWC) developed in the Evolution is offered on the Eclipse Cross.

But how does it drive? Not like a sports car or rally car. Instead, it drives like a CUV. Smooth steering, a ride quality that allows you to feel imperfections on the road, and it’s slightly underpowered. However, the starting MSRP is only $23k, and it does look different than other crossovers currently on the market. Mitsu is crossing its fingers… 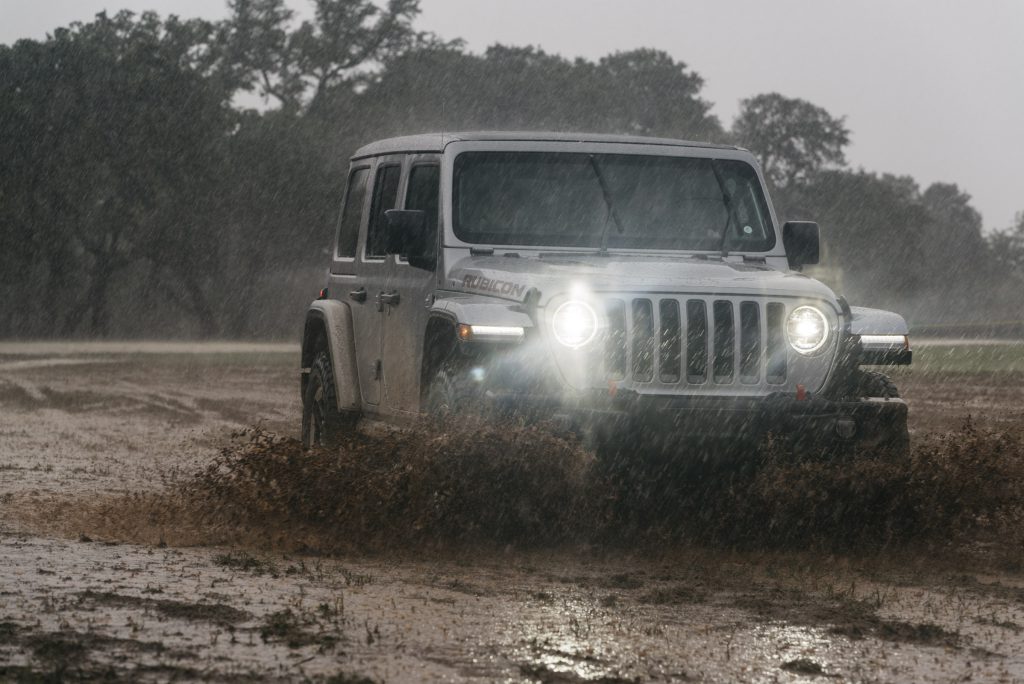 STEVEN KURSAR: The 2018 Jeep Wrangler is all-new for this model year. This JL generation was a long time in coming and, yes, it was worth the wait. A soggy and cold (and cold and soggy) Texas Truck Rodeo allowed the new Wrangler Sahara ample opportunity to demonstrate its off-road credibility; driving it up and down the hilly off-road path on the Dripping Springs Ranch was a breeze for the new Wrangler, as you’d expect.

However, it was the on-road drive that both surprised and delighted this driver. The previous JK-generation Wrangler also tackled off-road courses without breaking a sweat, but was loud and rough when driving on pavement. However, the new JL acts like a crossover on city streets and highways. It’s quiet and smooth, something that previous Wranglers never were. You can actually carry on a conversation without shouting, and the suspension doesn’t bounce you out of your seat when going over potholes.

The new JL Wrangler is sufficiently refined to attract crossover buyers who want an SUV without the rough handling. This is pretty amazing stuff for a Jeep that can also confidently go where no crossover would ever dare to tread or thread. 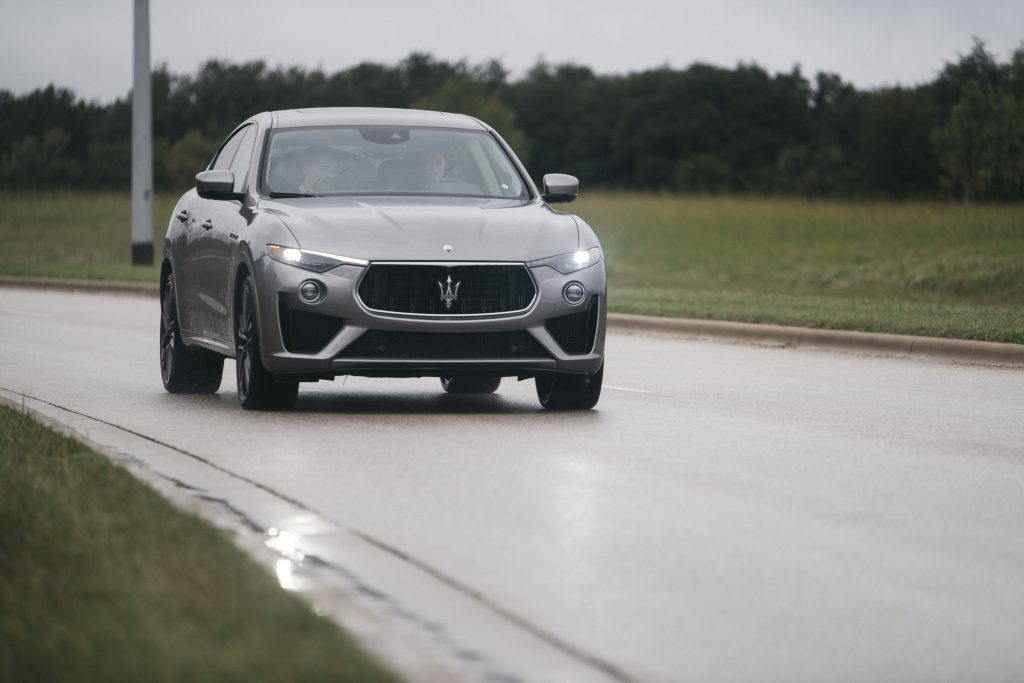 DAVID BOLDT: While knowing of Maserati, on some level, since childhood, it was Road & Track’s cover feature – in the late ‘60s – of an already-collectible A6GCS that did the indelible trick. The roadster’s design was minimal to the point of being sparse, and everything in its execution deemed non-essential was left on the garage floor. The visceral, however, had been left in, and fifty years later it is ‘visceral’ – more than anything else – that the early A6GCS shares with today’s Maserati Levante GTS.

That Maserati is building a performance/luxury SUV should surprise no one; among the performance luxury carmakers everyone is – or soon will be – building a performance and/or luxury SUV or crossover. Maserati is doing it now, offering in the Levante a standard turbocharged V6, while exploding our collective brains (and checkbooks) with the available turbocharged – and like the V6, assembled in Maranello – V8. As a guy with a Bernie hat and Beto bumper sticker I don’t want to like this $140K Levante, but reaching back fifty years to that R&T feature I gotta like it. And when pre-owned examples of the V6-equipped Levante get down to around $40K, the purchase of a pre-owned example would be worth some serious *ss and/or head scratching. Until that itch is scratched, I have the memory of a short drive in what is arguably the sportiest sport ute.