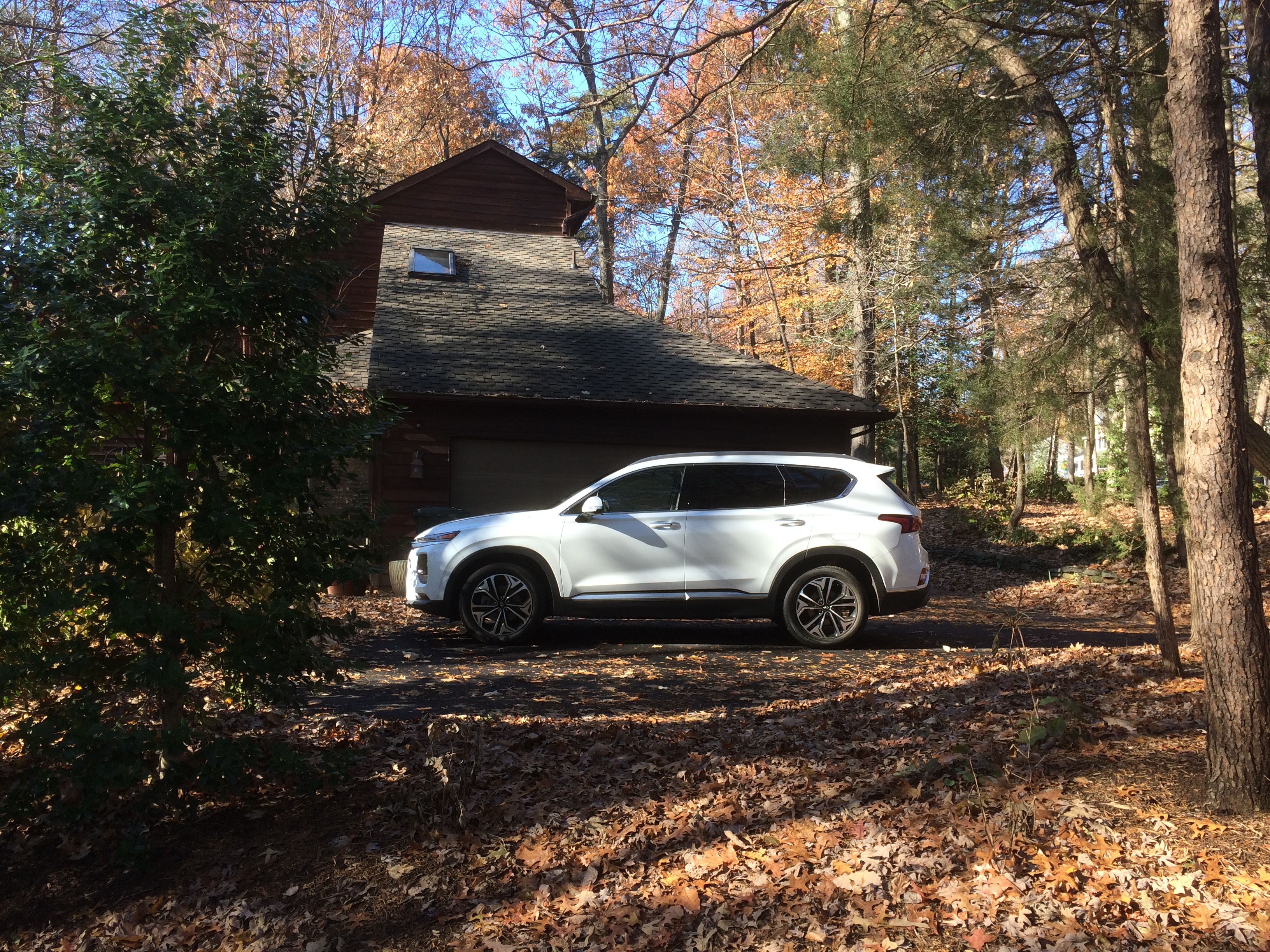 In the redesign of its all-new Santa Fe, Hyundai ditched the ‘Sport’ descriptive, while arguably adding more ‘sport’ to its design and engineering mix. Now referenced as ‘Santa Fe’ rather than Santa Fe Sport, while the 3-row Santa Fe sibling morphs (for the time being) into Santa Fe XL, the end result is a tidy nod to the needs of families young and old, and offering – given the season – something both naughty and nice.

If the new Santa Fe’s predecessor – again, known as the Santa Fe Sport – draws little more than a blank, know it was Hyundai’s best-selling SUV in its 32-year history in these United States. Even Hyundai fanboys would admit to the Sport being a tad anonymous, but that anonymity couldn’t mask its inherent goodness. We liked the Santa Fe Sport’s relatively clean sheetmetal, composed platform and – in 2.0 turbo guise – reasonably quick disposition.

One glance at the new Santa Fe and you’ll know significant (i.e., ‘nice’) changes have been made. Whereas its predecessor traded in anonymity, this one impresses as that Genesis crossover we’ve been promised, albeit with front-or-all-wheel drive and a sub-$40K price point. The front fascia has an elevated bling, albeit with a rational application. And its overall profile seems more formal than its predecessor. To our completely subjective tastes, there may be a little more going on here than we genuinely like, but nothing here to turn you off, either. The Lexus team should have a look.

Inside, the press info tells us the Santa Fe “combines premium quality with a roomy layout featuring a strong horizontal design theme and enhanced visibility.” And we wouldn’t disagree. The feel is expansive, and while you won’t confuse the Santa Fe’s outward visibility with your dad’s Volvo wagon, you can catch a glimpse of surrounding traffic between the ‘C’ and ‘D’ pillar; increasingly, crossovers simply combine those two pillars, leaving it to the nanny aids to supply a high-tech glimpse at the perennial blind spot. And while the hip point is predictably high, step-in (and out) is easy, even for those unfortunates with a sub-30” inseam. 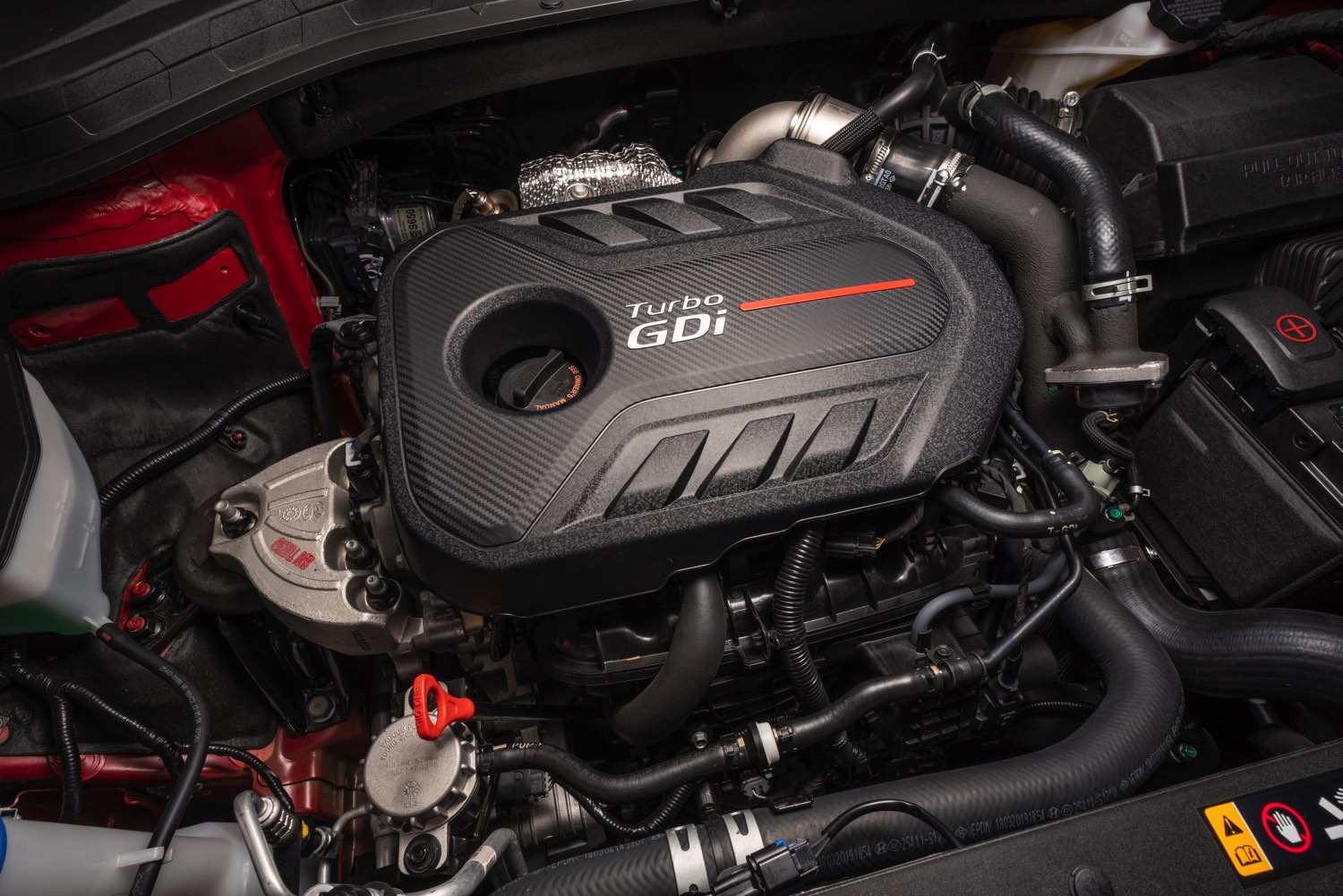 Under the hood in our Ultimate trim is Hyundai’s well-regarded 2.0 liter turbocharged (naughty?) four. In Santa Fe guise the turbo four delivers 235 horsepower and, more significantly, 260 lb-ft of torque between 1450 and 3500 rpm. With roughly 4,000 pounds – plus payload – to haul around, we were impressed by its acceleration when merging or passing, along with its relaxed disposition when headin’ out on the highway. For those wanting to maximize their economy, however, know that the base 2.4 four, without turbo, delivers an EPA estimate about 10% better than the 2.0’s 19 City/24 Highway. I think the turbo’s responsiveness – and real towing capability – more than offsets the additional monies you’ll pay at the pump.

With its many improvements in space, tech and platform, there’s a lot to like in the new Santa Fe. With that, at $40K for the Ultimate AWD trim, there are any number of options available from any number of showrooms, including Hyundai’s own. If shopping now, you’d undoubtedly find real deals on the ’18, 3-row Santa Fe, while Kia’s Sorento offers a clean, upscale execution, the same 2.0 liter turbo and a third row, although an admittedly tight third row. And if you don’t need quite as much space, Hyundai’s compact Tucson remains a compelling alternative, for considerably less money.

It’s your money and, ultimately, your choice. But with its new Santa Fe, Hyundai fully finds its way.

Sending Out An SOS – Save our Scion!
2019 Ford Ranger First Impression – Welcome Back, Stranger!
Event Calendar