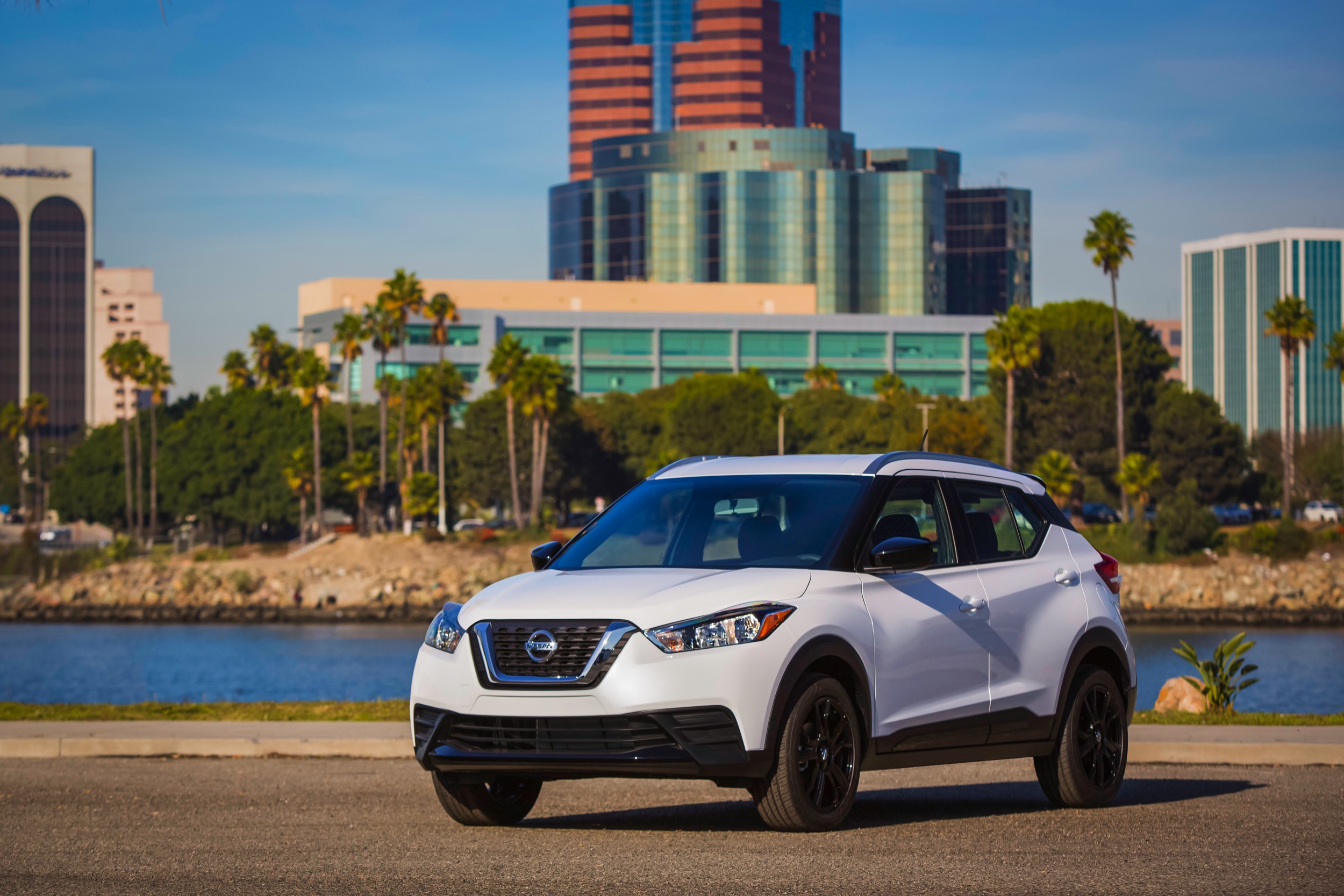 Nissan Gets Its Kicks – Scion of a Scion?

You remember – don’t you? – the Scion xB. Intended as the ‘halo’ for Toyota’s new, youth-centric Scion division in 2003, the two-box – and we do mean ‘box’ – subcompact was a fresh breath of vaporized air amongst the Camrys and Corollas clogging the Toyota showroom. But almost as soon as the all-new xB arrived, it was gone…ceding its new-wave vibe to a larger, more mature xB. For those still mourning the small xB’s undeserved demise – and the many more not even remembering the xB – Nissan brings to the table its Kicks, kicking and (quietly) screaming.

Our first intro to the all-new Kicks was at the Texas Truck Rodeo in early – and wet – October. And while knowing it isn’t a truck (the Rodeo is composed of pickups, crossovers and traditional SUVs), neither – in this observer’s view – is it a crossover. Nissan’s marketers lump it in with their Rogue lineup, but this isn’t a Jeep Renegade nor Hyundai’s Kona. It is, instead, a small (but notably, not too small) upright hatchback with a viable, pothole-friendly 7 inches of ground clearance and (again, notably) enough glass area to see all that’s around you.

Like the earlier Scion, this is a two-box profile that essentially defines a ‘two-box’ profile. The sheetmetal is more organic than you’ll find on Toyota’s competing C-HR, and more Asian than Kia’s new Rio hatch. If there’s a word to describe, we’d use ‘spunk’, as the Kicks’ sheetmetal delivers a ‘get-up-and-go’ feel, even before you get up and go.

Unlike Kia’s Rio 5-door, which we like, you don’t step down into the Kicks, and unlike Mazda’s CX-3 (which we also like!), neither do you have to step up. You simply step in, and once there enjoy an expansive feel – thanks to generous shoulder width and roof height – that you simply don’t often associate with ‘small’. Florida’s Marco Rubio could be comfortable here, but so, then, could our very own Beto O’Rourke.

In the backseat the story’s the same, with seating that’s more chair-like than is typical among the Kicks’ subcompact (where the Kicks competes – the EPA regards it as ‘midsize’) segment. And if wanting to haul something, the hatch’s rear opening is expansive; we didn’t try the upholstered chair test, but with the 60/40 split rear seat you can try virtually anything else.

Under the hood the Kicks’ powertrain is typical of the category: Nissan’s 1.6 liter, normally aspirated four delivers 125 horses and 115 lb-ft of torque. Driving the front wheels through one of the carmaker’s ubiquitous CVTs (continuously variable transmissions), the Kicks has an immediacy we don’t remember in anything else that would be cross-shopped. Honda’s otherwise excellent HR-V gets out of its own way, but barely. And while the CX-3 Mazda has another 25 horsepower, it simply doesn’t feel like it. At 2,600 pounds the Kicks is relatively light; perhaps that’s the difference. Regardless, while the Kicks feels a little busy at, say, 80, it’s almost perfect in the cut-and-thrust that is the city commute.

With a fully-equipped window sticker of just $23K (base is around $18,000), you know there’s cost-cutting. One can see it in the hard plastic used on the dash and door panels, which are almost brittle. And you can see it – if not exactly feel it – in the rear drums (how much more could discs cost them – $30?) and twist-beam rear axle. The ride on Dallas’ pot-holed streets is something less than sublime, while road noise is that side of subtle. But considering everything in this Nissan, and just about everything else in its oh-so-accessible segment, we’d put the Kicks on a short list.