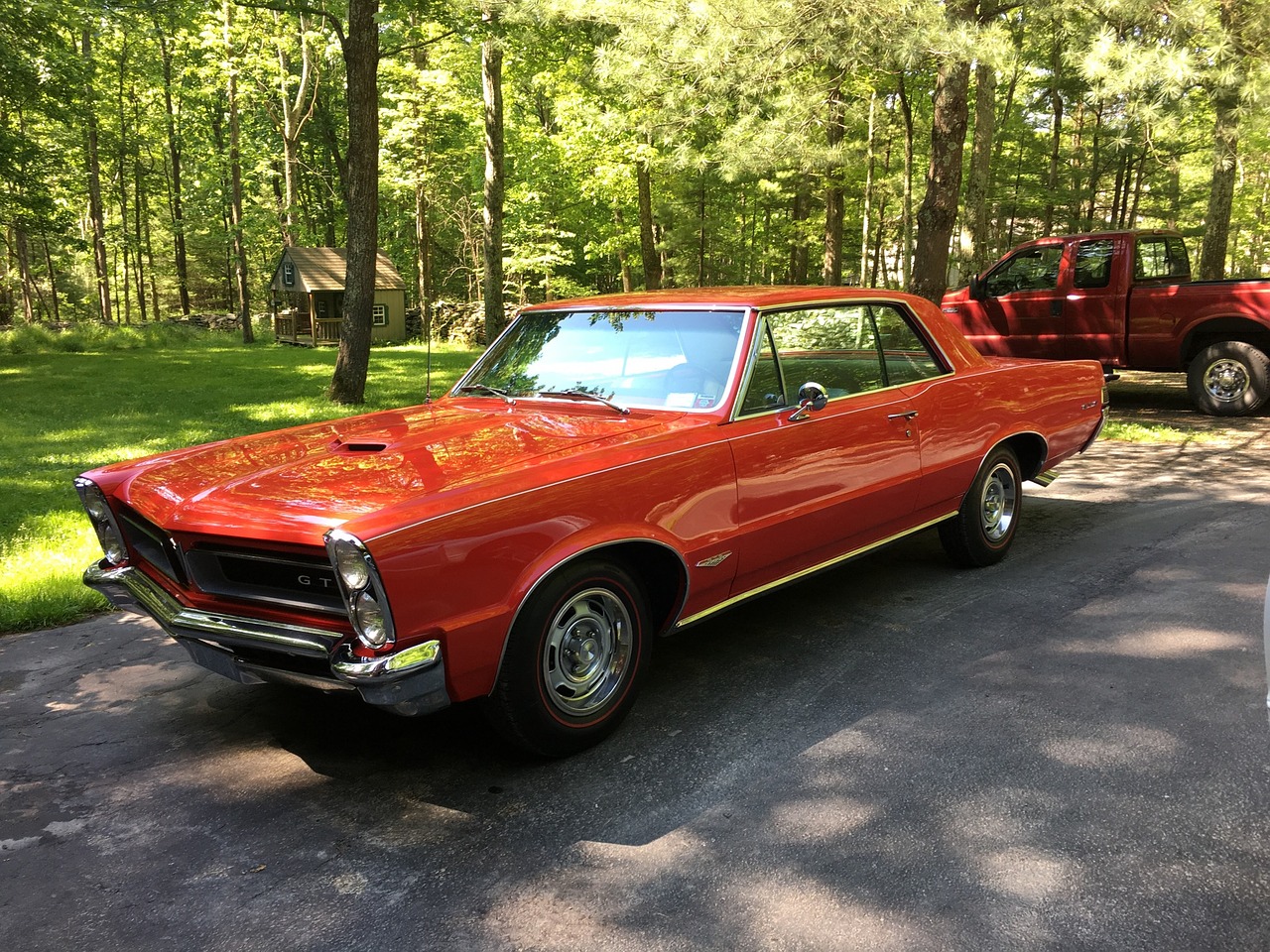 It isn’t – to be clear – as vivid of a recollection as man walking on the moon, but my first sighting of Pontiac’s GTO remains one very visceral memory, and that’s before I had an inkling of what ‘visceral’ actually meant. It would have been sometime around 1964 when the Pontiac dealer in Lincoln, Nebraska first parked the Tempest GTO on its smallish showroom. And ‘smallish’ barely contained all of the GTO’s promise. The Tempest’s midsize footprint was transformed, by its 389 and 4-on-the-floor, into the automotive equivalent of the Beatles’ appearance on Ed Sullivan: Ladies and Gentlemen…the GTO!

As you’d know, this wasn’t the first application of a big engine into a less-than-fullsize platform. Ford had done it with his prewar flathead V8, Olds did it with their postwar 88, Chevy had the 283, and Chrysler had been installing its Hemi in virtually everything that side of the compact Dart. It was not yet an era of wretched excess, but the suits at Cadillac and Lincoln were working on it. And while their folks were about to ponder 225 inches of Buick Electra, the kids were tuning in ‘Surf City’ on their new transistor radios.

Car and Driver might have published Tom Glatch’s Complete Book of Pontiac GTO, but it was left to the enthusiastic team at Quarto Publishing to pull the trigger on this comprehensive, albeit readable, visual history. If born before 1960, you’ll remember the early ‘60s as perhaps the high point of American optimism if, of course, you were an integral part of the expanding middle class. And Pontiac’s GTO was absolutely perfect for members of that class. Its midsize dimensions were firmly in the automotive middle (although know that the ’64 GTO stretched 203 inches on a 115-inch wheelbase, figures that are closer to ‘full size’ today), while its MSRP of around $3,400 was pintsize. It was a different time, and safety and emissions regs, along with a weakened dollar, had not yet grossly inflated the automotive sticker.

Tom Glatch’s overview of the GTO, supplemented by photographs taken by both him and his wife Kelly, is an overtly enthusiastic take on this automotive icon. But then, who can’t be enthusiastic regarding an automobile whose history did little to diminish its history? While there were obviously better interpretations of the business model in the car’s early years than there were later, the GTO’s evolution showed a relative consistency of purpose to which few cars in the GM fold would adhere.

In its 176 pages, Glatch covers the highs and lows, along with the personalities behind the car’s launch, and some of those that – today – extend its legacy. There are the engineering and marketing sides, the competition side and, of course, how the GTO responded to the forces of pop culture and, within a short period of time, built its own pop culture.

I liked the book’s layout, conversational narrative and photography – both those pics supplied by Tom and Kelly Glatch, as well as the archival images supplied by GM and others. If I would tweak one thing in the next print run (and here’s hoping there is a ‘next’ print run) it would be the overtly cute chapter titles. To my way of editorial thinking, chapters don’t need to imitate the Top 40, i.e., Good Vibrations, Bridge Over Troubled Water and Light My Fire. Those are just three of fourteen attempts to be both culturally relevant and cute, and I’d argue the decision ventures toward too ‘cute’.

In its coffee table format, The Complete Book of Pontiac GTO may be too big to stuff in a stocking, but will certainly sit well beneath the tree. And if the ‘tree’ is at the starting line of a ¼-mile strip, so much the better…

A Fathers Day Gift Guide – BOOK IT!
The Father’s Day Book List: Blessed Be A Tie That Binds
Event Calendar