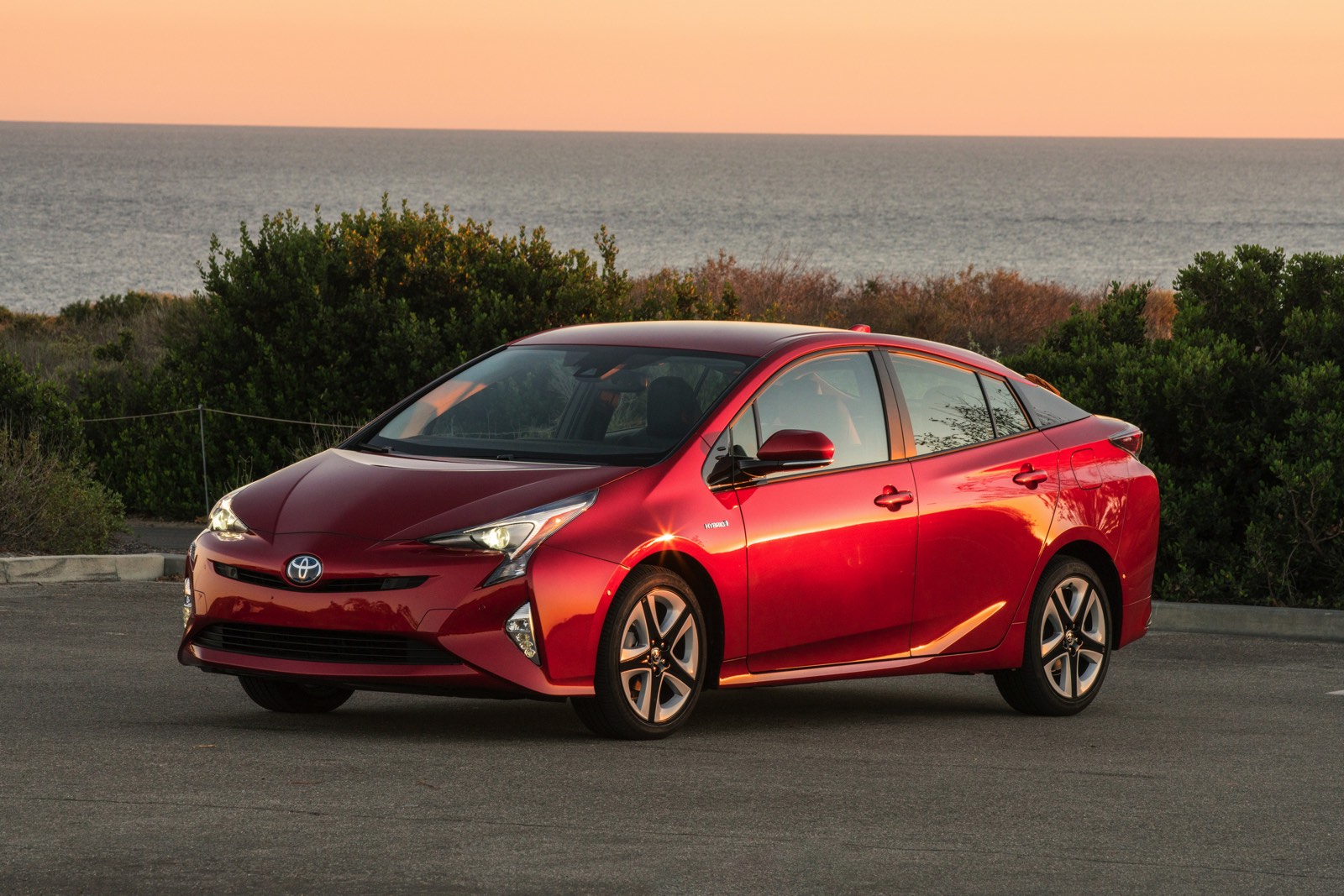 After almost twenty years in the U.S., Toyota’s Prius is as ubiquitous in some markets as Ford’s F-Series is in Fort Worth. And while the 1st-gen was little more than a novelty in both design and marketing (a ‘test’ of the market, if you will), the Toyota approach to efficiency has been imitated by any number of automakers, with most of them attempting to imitate that success. As Toyota puts it in their press material, the Prius ‘remains a hybrid benchmark’. And only Toyota can credibly make that claim.

A significant part of the Prius appeal is, I think, its historically benign presentation. While the first Prius adapted a traditional 3-box (hood, cabin and trunk) design, all those sold here since have been hatchbacks. And despite American’s collective – and historic – disinterest in the hatchback, that resistance isn’t evident in Prius sales. The thing would probably sell if shaped like the Oscar Mayer Wienermobile.

And to some eyes, the Wienermobile’s architecture would be an improvement. Who knew George Jetson was serving as a design consultant to Toyota? In its effort to maximize efficiency the new Prius enjoys/suffers from elongated overhangs, both front and rear, along with the attendant aero flourishes typically reserved for Washington’s Air and Space Museum. The sheetmetal works, as the Prius boasts a .24 coefficient of drag, roughly on par with the Congressional approval rating. But to the casual – and we’ll admit, entirely subjective – eye, this new iteration impresses as a tad overdone.

While letting G. Jetson take care of the outside, interior design was delegated to Elon Musk. To be clear, the dash-mounted touchscreen won’t be confused with the one dominating Elon’s Model 3, but you might confuse it with the TV screen in your kitchen. And since just about everything is only accessible via the screen, changes to any control is a 2-step, non-intuitive process relative to what you might have been doing even five years ago. I continue to think screens are great on a laptop, and knobs are great in a car. With that, I should buy my next car – and make it my last car – soon.

Under the hood there is, of course, a lot going on; this, after all, is a hybrid. To take Toyota’s own riff (as if…): “The latest version of (Toyota’s) Hybrid Synergy Drive combines…a 1.8 liter 4-cylinder gasoline engine and two motor/generators through an electronically controlled planetary-type CVT.” And as you’d know or eventually guess, Toyota’s regenerative brake system switches the motor into a generator, and in doing so converts the wheels’ kinetic energy into electrical power, which is then stored in the hybrid battery. Got that?

And how-the-h*ll does all of this drive? Surprisingly well. You won’t, at any point, consider the Prius a sport hatch, but relative to previous models we’ve driven, both in the Beginning and – via the Prius C – much more recently, this is more like your dad’s BMW than your uncle’s Buick. Responsiveness is such that you can almost call it responsive, while the steering is relatively tight, and braking devoid of what is typical with regenerative braking. In short, if you’re paying attention to your driving and not your iPhone you might actually feel connected to the road.

And if pleased with the Prius pace, know you’ll love the space; this is an environment welcoming to four real adults. And if it’s just the two of you, maximize your long weekend by filling up the hatch’s 65 cubic feet of stowage. You can’t take your loveseat, but you can take most of what you love: your bike, a smallish kayak or camping gear. For the rest, dial 1-800-YAKIMA.

The most important numbers, even with gas approaching $2/gallon, are 54/50/52, which is the EPA estimate for City/Hwy/Combined miles per gallon. And that means you can do a lot of driving – perhaps weeks of driving – before filling up. And while the hybrid is, by definition, electrified, you won’t be confronted by that range anxiety your neighbor with the Leaf confronts. We’re not wholly impressed by our loaded Prius Four Touring coming with a window sticker of just over $33K, but Prius pricing starts at under $25K.

Finally, if its Jetson-esque detailing just doesn’t do it for you, know there is a fleet of hybrid Toyotas waiting in the wings. And in the next twelve months that fleet will include a Corolla sedan with hybrid drivetrain. While the EPA estimates won’t be quite as high as the Prius, the design is more conventional, and its accessibility more straightforward. From this laptop that’s a thumbs-up.