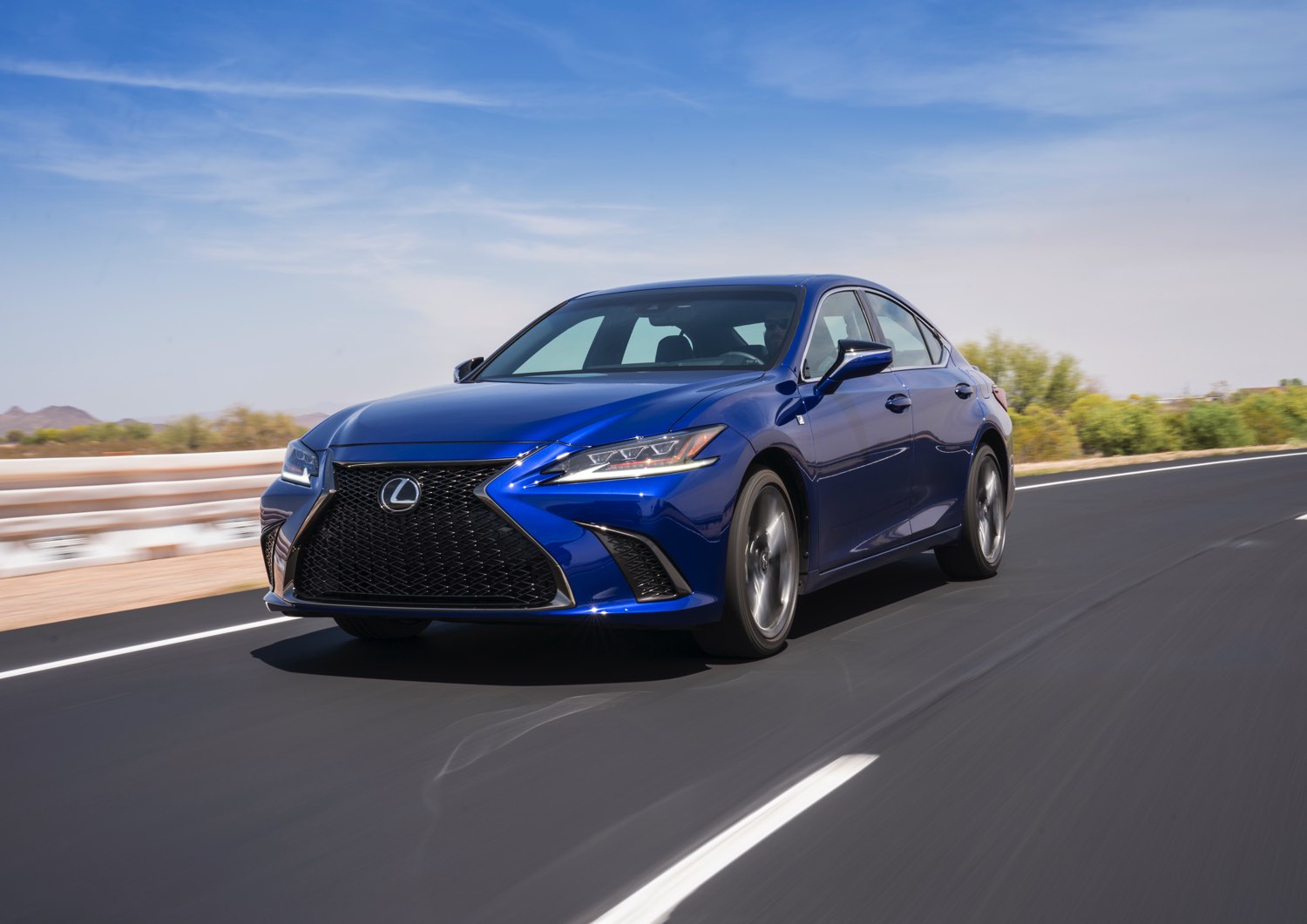 If, like many at the end of this year, you found yourself waxing nostalgic toward the George H.W. Bush administration, then you might have remembered Toyota’s first swing at a ‘near luxury’ sedan, the Lexus ES 250. Derided then, and regarded now, as little more than a Camry with different sheetmetal, the ES 250 served both new Lexus dealers and their younger, less substantial clientele well. Almost thirty years later, the Lexus ES 350 is significantly more sophisticated, while its target audience is comfortably sustained by both Social Security and – we’ll hope – a healthy 401K.

Now in its 7th generation (time flies…), this newest ES, in both ES 350 and ES 300h variants, sets out to – in the press blurb’s terms – ‘redefine its status among entry-level executive sedans’. And while not sure it serves as a redefinition, the Lexus ES – at the very least – demonstrates the rightness of the 4-door sedan footprint, even as virtually all of our domestic OEMs abandon the 4-door sedan.

Initial impressions are, of course, little more than initial impressions, but what Lexus terms the ‘provocative elegance’ of the ES 350 front end remains, uh, provocative. At a time when most makers of front-wheel drive vehicles are attempting to reduce the front-forward bias of their sheetmetal, what the Lexus design team has done with the front grille design gives an exaggerated emphasis to it.

Behind the grille is a more angular take on what we’ve come to expect from the Lexus ES sheetmetal, but nothing aft of the grille begins to match the audacity of the front end. Whereas the earlier ES might have been likened to Jane Fonda in On Golden Pond, this new one is Jane in a workout video. (I’ll take either Jane, while wishing I wasn’t beginning to look so much like her dad, Norman.)

Inside, our F Sport trim – the first time the ES has been blessed with a sport-oriented option box – you’re provided comfortable, albeit sporty, buckets in front, along with room for three real adults in the rear. Headroom may be slightly constricted by the impression of an almost coupe-like roofline, but it’s far from claustrophobic. Dash materials are appropriate to a $50K sedan, while the Lexus infotainment isn’t quite as intuitive as we’d like. Of course, I get but a week with it, while buyers will typically get 60 months…or, more likely, 36 lease payments.

While all of that atop the ES platform is good, the biggest news is the platform itself. Toyota/Lexus dub it the GA-K chassis, and as with most carmakers offering redesigned unibodies, this platform comes with more rigidity via several grades of high-strength steel. If you build the chassis stronger, the suspension attached to it can be more supple, without diminishing the at-the-limit handling. And with the optional F Sport package, the ES supplies a greater choice of adjustability via its Drive Mode Select system. That control, located to the outside of the instrument enclosure, looks as if it was inspired by a bicycle’s handlebar; if I want a handlebar, I’ll buy a bike. But there’s no argument with the end result, which is a tossable, almost visceral 4-door (when you want it) that can credibly wear ‘sport’ as an adjective.

Under the ES hood is what you’d expect, given the ES nomenclature. The Lexus V6, displacing 3.5 liters, delivers 302 horsepower and 267 lb-ft of torque; both numbers reflect a significant upgrade (34 more horsepower, 19 more lb-ft of torque) over its predecessor. Sending power to the front wheels via an all-new 8-speed automatic, I never found an instance in which the ES was lacking. Whether running up the tollway or simply running for milk, the ES met every ‘ask’ with a ‘let’s do it now’.

Of course, with an as-delivered window of $53K, a 4-door should be responsive to your needs. Were it my order, I’d go for a more sparsely equipped F Sport, which starts at $45K. Or I’d go even more minimal with a base ES, at under $40K. But regardless of the outlay, you should be happy with the investment, for however long you remain invested.