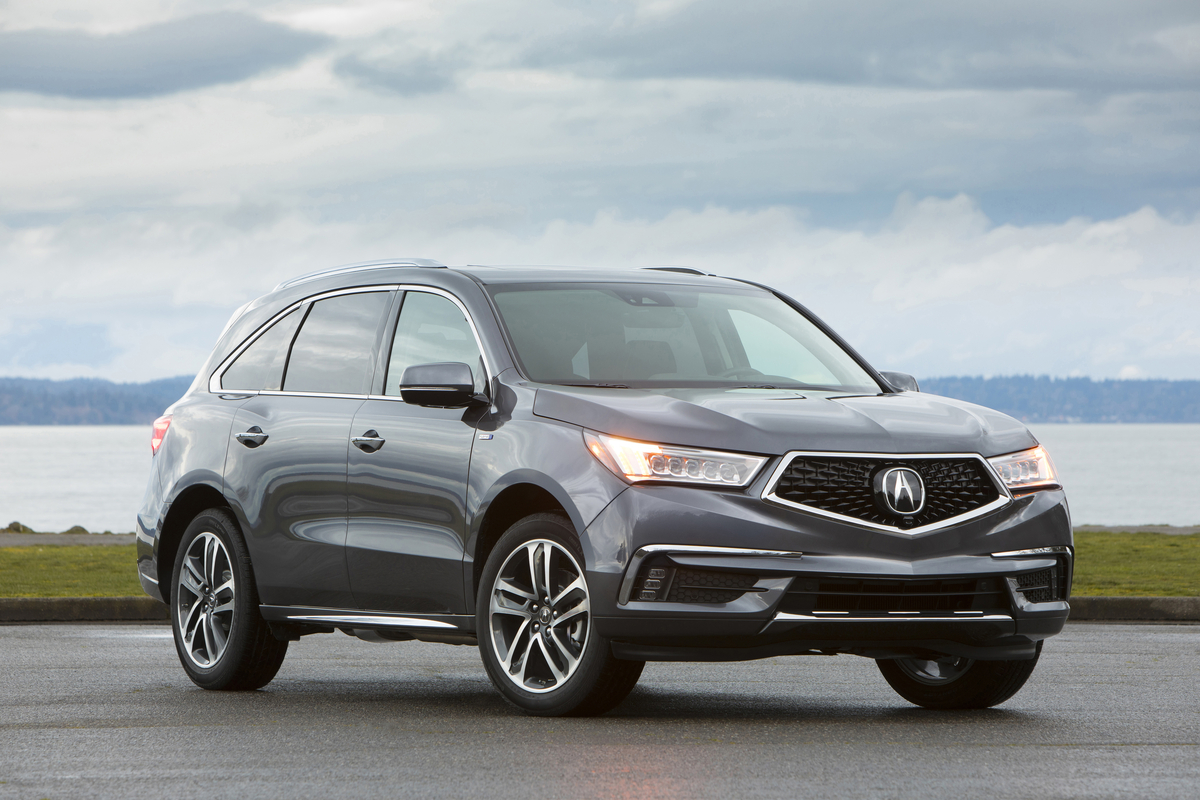 Gig Harbor, WA – It’s again a family holiday, with the right number of people taking the wrong amount of luggage. The Uber driver’s older Sienna would get the stuff to Washington Dulles, but we’d need a relatively spacious 3-row from the press fleet to get those same people and all of their stuff from Sea-Tac to Gig Harbor, which sits past Tacoma via the Tacoma Narrows Bridge. Our 3-row crossover of choice: Acura’s updated MDX, now available with a hybrid powertrain, more tech than you can shake a mouse at, and a beautifully appointed cabin for people and – you guessed it – their stuff.

In a franchise that, in its 30+ years, has only sporadically gotten the sedan market right, its crossovers are running on all cylinders and/or motors. The recently redesigned RDX builds on the wide acceptance of its earlier generation, and while the MDX – last redesigned in ’17 – has enjoyed multiple upgrades over its lifecycle, it wouldn’t seem to need them. From a sales standpoint it’s been a homerun for Honda’s upmarket division since its launch, and Acura execs – to their credit – haven’t screwed a good thing up.

For all of its goodness (and – perhaps – because of that goodness), Acura takes a relatively conventional path in constructing a 3-row crossover. Sharing to a large extent the same platform underpinning the Honda Odyssey, this isn’t the crossover to take to Moab, unless – of course – you plan to rent a Jeep or Land Rover (or mountain bike!) once arriving in Moab. But its all-wheel drive platform is pitch-perfect if getting on I-80 and driving to Moab, regardless of season. The MDX’s 4,500 pounds are planted, the suspension is compliant, and you don’t need the nanny aids to remind you where the front wheels are headed. In short, you’re in control, and your payload – those breathing and their luggage – is comfortable.

Of course, with any model adding ‘hybrid’ as an appendage, know there’s more going on under the hood than simply internal combustion. The MDX’s hybrid powertrain boasts a close connection to the drivetrain propelling Acura’s NSX supercar. That can’t be a bad thing, can it?

Rather than the conventional MDX’s 3.5 liter V6 and nothing else, the Sport Hybrid is equipped with a 3.0 liter V6 connected to a 7-speed dual-clutch transmission; this is a step not taken by most OEMs, whose hybrids are typically equipped with a CVT transmission. And this 7-speed (essentially a manual trans without the clutch) can be operated automatically or manually; we left it in ‘auto’, ‘cause we take the holidays off.

Supplementing the gas V6 is Acura’s SH-AWD system, which operates independently of that gas engine. Along with one front-mounted motor are two rear-mounted electric motors which dynamically – as Acura puts it – apportion torque directly to the rear wheels. Not only does this lighten the load for the gas powerplant, but by applying regenerative brake torque to the inside rear wheel during cornering the system improves your cornering control. In sum, better fuel economy, and fewer ‘ah, sh*t’ moments when cornering.

All of the motors, of course, hum along with help from a Lithium-Ion battery. Combined system power is a claimed 321 horsepower and 289 lb-ft or torque, which is more than enough, on holiday, to get you to the church on time.

Our MDX Sport Hybrid was equipped with Acura’s Advance package, which supplements the already complete menu of standard tech. It also includes 2nd-row buckets, which is fine for empty nesters, but represents a challenge when wanting to carry five passengers and their luggage.

The MDX Hybrid Advance is also $60K, and while in the segment it’s $60K well spent, and the fuel efficiency – we saw a real 24 miles per gallon in what was largely stop-and-go driving – is excellent when matched to its capability, the crossover is still $60K. If I’m shopping, I’d check only one MDX option: Acura’s Super Handling AWD box. With all-wheel and only AWD, I’d be in for $47K. That’s a screaming deal for someone wanting to go about their business…without, of course, screaming.