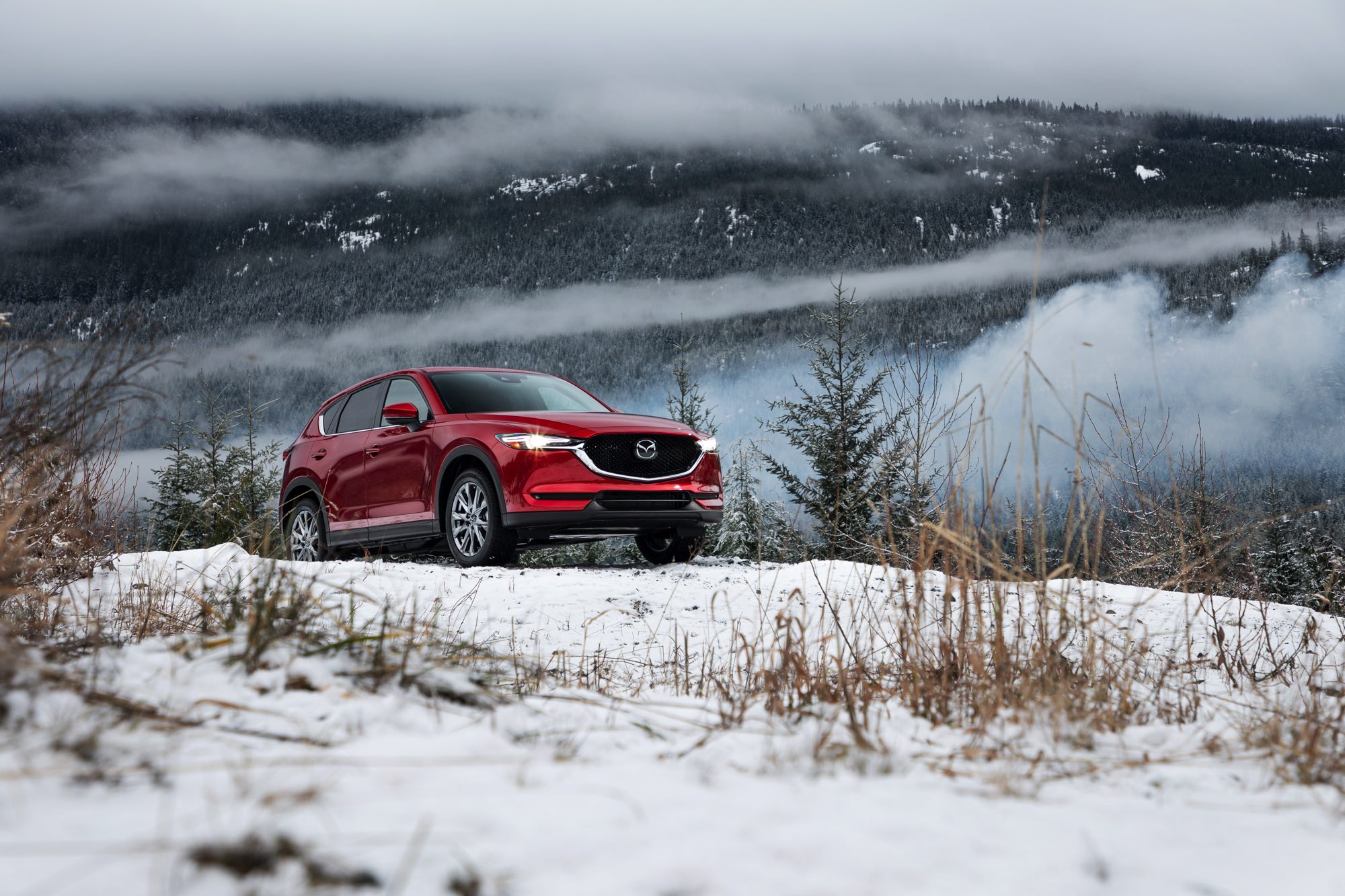 *a group given to predictions of impending velocity

It wasn’t a record sales year for the U.S. auto industry, but propelled by the sale of light trucks (which you know as pickups, crossovers and SUVs), it was a d*mn good year; U.S. showrooms retailed some 17,000,000 cars, trucks and SUVs. And nowhere is the popularity of crossovers more evident than on our roads and parking lots, where CR-Vs, RAV4s and various Jeeps inhabit spaces once taken by Accords, Camrys and – in an earlier time – Impalas and Galaxies. Mazda’s CX-5 compact crossover doesn’t enjoy the ubiquity of Honda or Toyota crossovers, but given its new Signature upgrade, it might well deserve that ubiquity.

The Mazda CX-5 sits, both physically and numerically, between the carmaker’s subcompact CX-3 and 3-row CX-9, and if you’re wanting reasonable utility in combination with a maneuverable size, you’d be hard-pressed to find anything sweeter than the dimensional combo offered by ‘5’. And since its 2nd-gen redesign we’ve liked both its form and platform, while wondering why Mazda, for so many years known for its ‘zoom-zoom’ cred, couldn’t throw a little horsepower onto the CX-5 build sheet.

As luck would have it…they finally have, with a 2.5 liter turbocharged four – previously available in the larger CX-9 and more recently in Mazda’s 4-door Mazda6 – installed in the top trim CX-5 Signature AWD. The performance is stirring, but with that, we’re made to wonder why we had to wait.

The CX-5 Signature’s launch last fall at the Seattle Auto Show was, I think, telling. With damp/miserable (or damp and miserable) weather from November through April, a crossover’s all-wheel drive is a very real benefit, while Seattle’s congestion makes a compact footprint preferable to that Suburban you keep stabled back at the ranch. Although Seattle sits at sea level, the rec opportunities above and below (British Columbia and central Oregon) have enough elevation changes to make horsepower a real benefit. And that, prior to the addition of a turbocharged four, has been the CX-5’s one significant shortcoming.

Mazda’s cooking version of the CX-5 (with cylinder deactivation) delivers 187 horsepower and 186 lb-ft of torque, which would be just fine in 2300 pounds of Miata, less so in 3700 pounds of crossover. Add a turbo to what is essentially the same powerplant, and the hp increases to 227 with regular unleaded, a full 250 if using 93 octane. And there’s more! The turbocharged torque figure – the aspect that truly provides day-to-day motivation – is now 310 lb-ft, delivered at just 2,000 rpm.

Driving through the CX-5’s 6-speed automatic and only available with all-wheel drive, the improved horsepower moves this compact crossover from a ‘Jared Kushner’ to ‘Steve Bannon’, albeit with a better wardrobe than Bannon’s…and no scruff.

Beyond the powertrain is, of course, an interior that comes closer to an Audi, BMW or Benz execution than what you would historically consider from Mazda. Our test vehicle, finished in a Machine Gray metallic, exhibited a fairly monochromatic vibe with its Caturra Brown Nappa leather trim. Those visible plastics speak to a quality appropriate to a compact crossover pushing $40K, while the infotainment remains reasonably intuitive.

Beyond horsepower and appointments is, of course, how you feel behind the wheel. And with the benefit of an upright seating position and reasonable amount of glass, you are – in Leo DiCaprio speak – ‘King of the World’. You won’t seek out Moab in Mazda’s all-wheel drive crossover, but if you have to drive in Manhattan this is perhaps the 4-door, two-box footprint to take. The potholes won’t be felt, and you’ll hear only as much of the New York cityscape as you want. And the cut-and-thrust capability of this powertrain will pay huge dividends in the cut-and-thrust of big city traffic.

Mazda has made a pointed effort to transform itself from a company offering competent affordability to one knocking on the door of a near-luxury portfolio. We’ve seen it in the Signature trim of the 3-row CX-9, and it’s abundantly clear in this revised CX-5. With this on one side of your garage, along with a Miata Club Sport on the other, you’d have a pretty happy garage. It could be your Legion of, uh, Zoom!