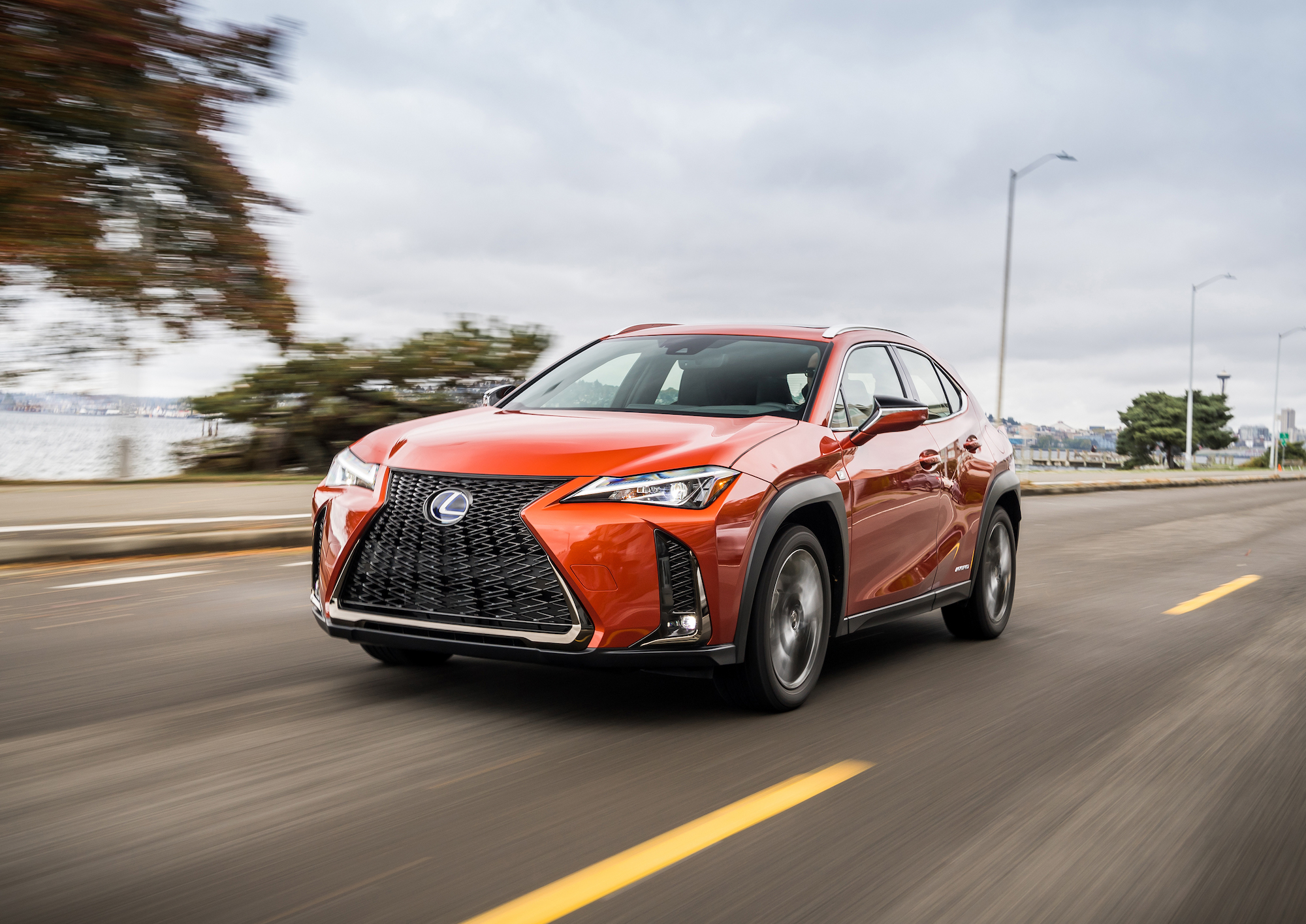 Affordability. Of course, not everyone’s talking affordability – Commerce secretary Wilbur Ross isn’t. But enough are talking to suggest there’s real concern when new cars typically require $500/month – over five years – to pay for. (The small print: this payment is based on a $30,000 transaction, with roughly 20% down, and a finance balance of $25,000 for 60 months.) With that, even the luxury brands are looking for ways to draw/suck younger and/or less affluent buyers into their fold, or grab the empty nesters who think they might have sixty months before the kids take the keys away. Either way, the new Lexus UX 200 attempts to speak to that price anxiety, in combination with the very real wants our pampered society now views as needs.

And since we’re being frank (or sincere…or earnest) here, let’s be frank: While marketed as a crossover, if the new UX (Urban eXplorer, get it?) is a crossover, I’m Wilbur Ross – and I ain’t Wilbur Ross. Crossovers are car-based SUVs capable, in this viewer’s view, of at least light all-road duty on a gravel road or fire trail. And with what I see as mandatory all-wheel drive within this footprint, a genuine crossover can navigate most roads throughout the whole year.

The Lexus UX 200 is front-wheel drive only (the hybrid variant comes with all-wheel drive, but we’re driving the non-hybrid), and with little more ground clearance than a Prius, Lexus should be calling it a hatchback. But if marketed as a hatch it wouldn’t sell without costly incentives, while as a ‘crossover’ (the FTC should really look into this, but as this is written they’ve been deemed ‘non-essential’) it can sell or lease for a premium.

Regardless of what you call it, know Lexus has crafted a neat, subcompact package with a surprising amount of interior room within its urban-appropriate footprint. And while few would objectively call the UX sheetmetal attractive – with the apparently mandatory exterior cladding it looks not unlike the Hyundai Kona – neither would we hide it under a car cover. Again, for a crossover the hip point is relatively low, but the glass area is good and, with the available sunroof, the interior is open, even airy.

That interior, with available F SPORT trim, includes some of the nicest seating we’ve experienced on this side of $40K. The buckets, covered in what the marketing team dubs ‘NuLuxe’ seats, are perforated, and do one d*mn fine job of securing your contact points without confining those contact points. And despite the relatively low hip point – that’s ‘relative’ to virtually any other vehicle with the crossover tag – the getting in and getting out is not only something Dick Van Dyke could do, but probably Dick’s mother could do, also. In short, the utility of this smallish Lexus is far better than its exterior size would suggest.

Under the hood, you get two liters of normally aspirated four, which means no turbo or supercharger. Driving through a 10-speed CVT, which Lexus describes as a Direct-Shift CVT, the end result is shifting far more ‘direct’ than what is typical of a Continuously Variable Transmission. And if dismissing the ‘Eco’ mode and going for ‘Sport’, you’ll enjoy an acceptable level of performance, without any chance of confusing this with a hot hatch. Of note, given its $40K price tag, it’s not even a warm hatch.

Finally, there’s my disconnect with the overall Urban eXplorer premise. In my experience, which is based on one week a month in an Uptown Dallas apartment, those into urban exploration are doing it on a bike, by foot, or by one of those electric scooters Uber investors are so high on. And they’re almost intentionally leaving the car – if they have a car – in the garage. You may take this Lexus for some suburban exploring, which makes huge sense, but then they’d have to call it the SUX 200 – which, uh, sucks.

With more than a few options, our UX 200 hit $40K, but you could equip one comfortably for about $5K south of that. Were it our money while hanging out in a Lexus showroom, we’d opt for the capable NX – which is one size up – and perhaps get fewer options. Or you could walk over to the Certified Pre-owned Center, and get that same NX for closer to $30K.

Or get a well-equipped Corolla for about $25K, which shares much of the same basic platform as this new, smaller Lexus. The Corolla, of course, is a hatch.