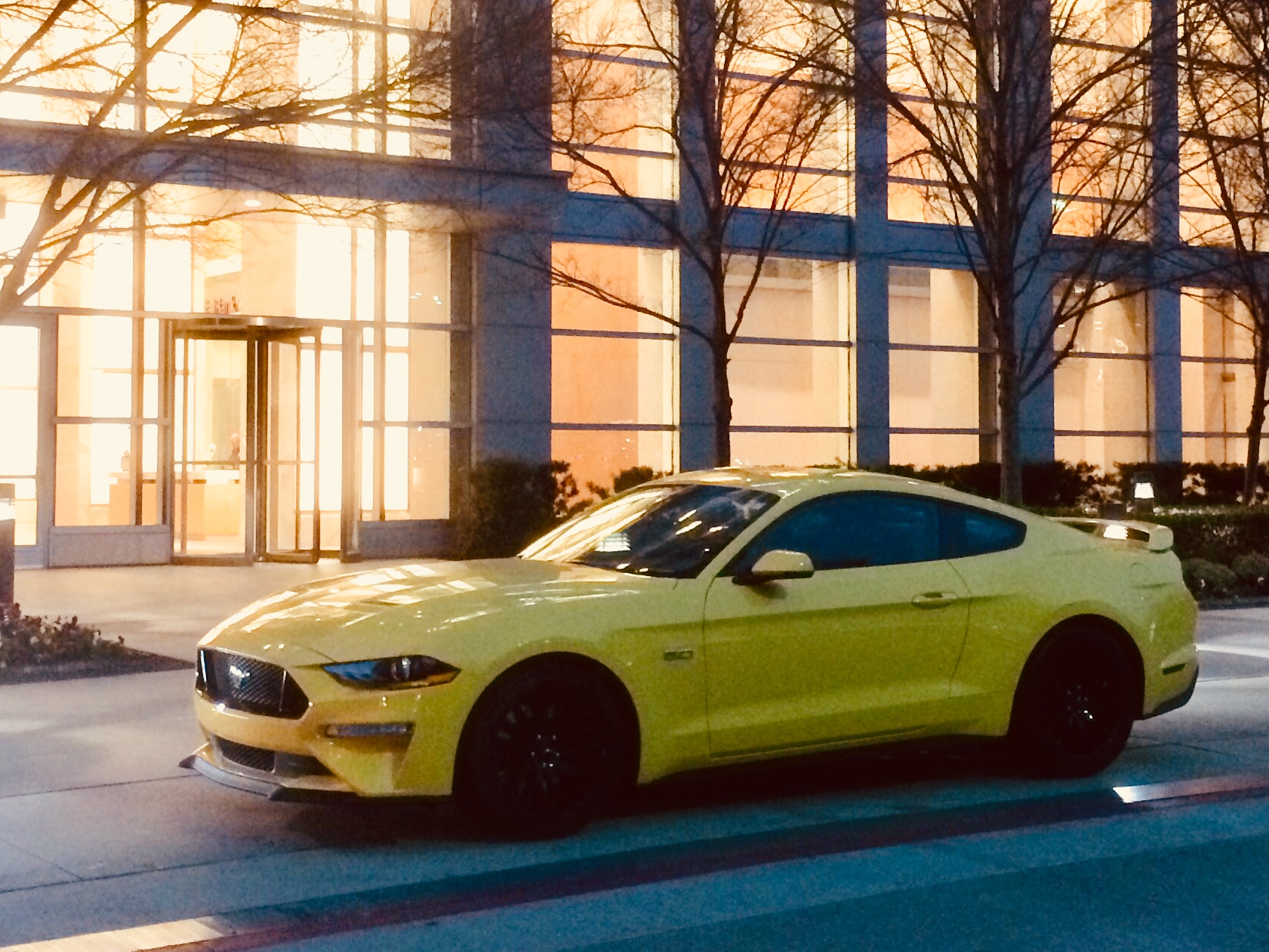 It was in November of 1993 that I began my editorial ‘journey’, behind the wheel of an all-new ’94 Mustang GT. At that point, some thirty years after its introduction, the Mustang had been through its own near-death experiences, not unlike my 15-plus years of working. From the almost surreal success of its initial 1964 launch to the laughable Mustang II to what was effectively a relaunch of the brand in the fall of ’93, today’s Mustang sits in the showroom on a footprint far larger than when it started, and with a societal imprint far larger than any of us, at the time of its ’64 intro, might have imagined.

On any level, what the Ford team has given us in the 2019 iteration of the well-muscled ponycar is nothing short of miraculous. In the downward spiral of virtually all car-based platforms on domestic showrooms, this 2+2 coupe, even on its midsize footprint, will continue to offer a relevance long after Ford’s ‘F-Troop’ (Fiesta, Focus and Fusion hatches and sedans) are relegated to historical footnotes. And despite offering hellacious (Merriam-Webster: exceptionally powerful or violent) performance, the Mustang and Mustang GT remain accessible, starting in the high-$20s and topping out at around $50K.

We enjoyed the hellaciousness of the Mustang GT, while knowing you could make a credible argument for its 4-cylinder, entry-level alternative. (At one time the 4-cylinder was derided as a ‘secretary’s car’, but that – of course – was when we still had secretaries.) The GT supplies 460 horses @ 7,000 rpm, and 420 lb-ft of torque, while your admin will enjoy 310 horsepower from an EcoBoost four. And while the first V8-powered Mustangs did a far better job of going than turning or stopping, today’s Mustang is far removed from those unbridled days of the ‘60s and ‘70s. Its 4-wheel independent suspension is well controlled, while big discs at all four corners bring its 3,700 pounds to a quick, predictable stop.

Beyond what’s under the hood is, of course, the hood itself. And it’s here – and all that is behind it – that we experience an emotional disconnect with this iteration of the Mustang. The thing is big, stretching over 188 inches on its 107-inch wheelbase, and in GT V8 guise with driver and one passenger will hit the scales at an even two tons. At one point you could liken this 2+2 ponycar to a running back; today we’re thinking tight end, except little about the Mustang sheetmetal is ‘tight’. In the relatively brief, shining history of the ponycar, this Mustang is more closely related to a Clydesdale.

Thankfully, the V8-powered GT goes about its business with an athleticism that belies its 4,000 pounds. The steering is moderately direct, while the aforementioned braking is reassuring. And the all-independent suspension is surprisingly compliant (our GT was equipped with the the optional MagneRide damping system), even on Dallas’ pock-marked streets. But the current Mustang is far-removed (probably about 1,000 pounds removed) from the point-and-shoot coupe we’d most enjoy owning. For that, think Subaru’s BRZ, while preparing to give up – when comparing the 4-cylinder Subaru to the EcoBoost Mustang – over 100 horsepower. Both cars sit at around $30K.

Inside, leather-covered buckets provide reasonably easy access and comfortable support, with a hip point that’s higher than you might think, but then, the roofline is lower than you might hope. Visibility, however, is better than expected, but again, this isn’t the coupe to slice-and-dice congested roadways. Better, we think, to head to the ‘burbs…or Motorsport Ranch.

If I’m spending $50K on a Mustang, I’m inclined to find the monies for the Bullitt (roughly the same window sticker as our press GT, but with less dicker in the sticker), or find another $10K and buy the Shelby GT350, which is $60K. Of course, for just ½ that you can opt for the EcoBoost four with the optional Performance package, and that gives you 300+ horsepower, all the good handling we’ve come to enjoy, and enough money left over to date the occasional secretary.

That secretary’s older, of course, but with a great world view…not unlike the new Mustang.