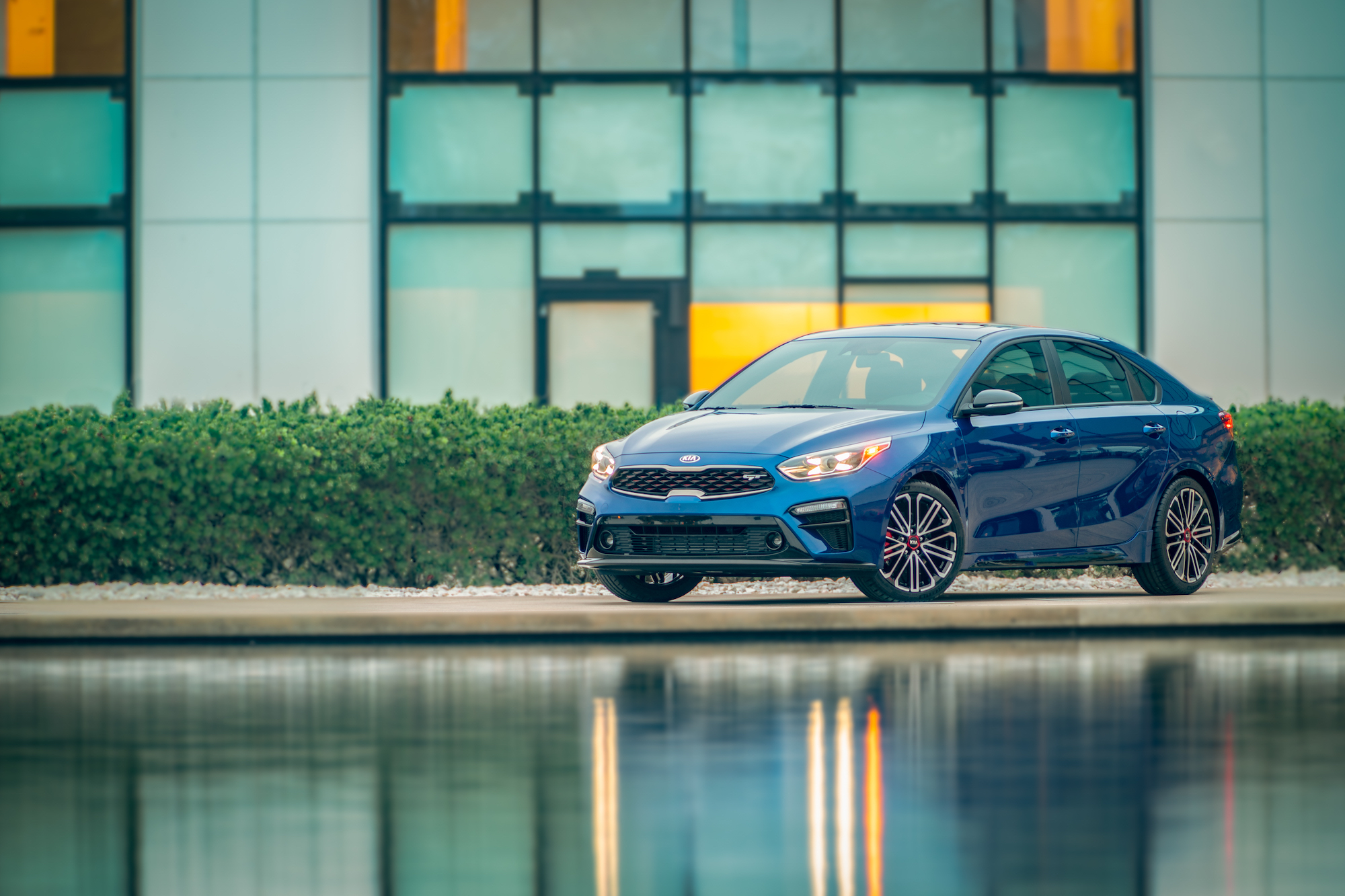 In this election cycle…

A chicken in every pot, Kia’s Forte in every garage

In recent reporting by industry publication Automotive News, AN focused on what many of us – or among parents, most of us – already knew: today’s young adults, at least financially, are between a rock and a hard place. And those circumstances are everywhere; they don’t even need to venture beyond their parents’ basement. With the crushing combination – for many – of student loans and underemployment, there’s little room to budget for a car. And if the guy or gal is lucky enough to have a car, there’s almost no economic margin for maintaining it. Thankfully, there’s Kia – and models like its under-$20K Forte.

Of course, $20K ain’t cheap, and even with competitive interest rates you’re looking at $300/month (with roughly 20% down) over sixty monthlies. But within the context of the average transaction price of a new car being on the wrong side of $30K, an all-new Forte 4-door – with a competent chassis and willing powertrain – for less than two-thirds of that average makes huge sense.

The Forte’s 2019 redesign focused on the usual updates, including but not limited to exterior design, interior comfort, a reengineered platform and more efficient powertrain. In no specific order (while admitting that the above order enjoys a certain logic), we’ll start with the sheetmetal.

The Stinger, with its longitudinal engine placement and rear-wheel drive bias, sits back on its chassis. Conversely, the Forte 4-door, with front-wheel drive packaging, sits forward on its chassis, something that’s been true of front-wheel drive packaging since Citroen discontinued its DS sedans. So, while you know both the Stinger and Forte emanated from Kia, given their signature grilles and overall detailing, you won’t think for a minute they shared the same design moment.

To the team’s credit, this is a clean design with little if any affectation. And its proportions mask its compactness; in the walk up to it you almost feel as if this is a midsize platform.

Inside, that midsize theme continues, as head, shoulder and leg room punch above the Forte’s weight. And while you won’t confuse the interior ambience with that supplied by the higher end Germans, neither will you feel overwhelmed by an econobox ethos; these are materials – within a design – fully appropriate to your $20-$25K investment.

The ’19 redesign stretched overall length by 3+ inches, allowing for both a bump in rear legroom and cargo space. The Forte’s overall height is taller, and its width is wider. ‘Cause, as well all (by now) understand: a moment on the lips is, like, forever on the hips…

Under the hood, the Forte is blessed with a 2.0 liter four (147 hp and 132 lb-ft of torque) connected to either a 6-speed manual (in base Fortes only) or Kia’s own CVT automatic, which Kia dubs IVT – yup, that’s Intelligent Variable Transmission. And while I maintain a strong preference for the conventional automatic or, as found on some Kia and Hyundai models, a dual-clutch transmission, there’s nothing objectionable in the IVT’s operation. As you’d hope, the new model brings with it improved EPA estimates, now sitting (with the IVT) at 30/40/34 in the LXS, S and EX trims, while the FE earns a one-mpg bump in each of the EPA’s city/highway/combined categories.

On the road, acceleration is relatively benign, unless you’ve moved the trans over to its ‘Sport’ mode, after which throttle response provides a fairly credible impression of brisk. This isn’t a sport sedan in the classic JDM descriptive, but comes close to approximating the feel of Honda’s Civic Si of, say, a decade ago. And for those wishing today’s Civic still delivered that essential simplicity, what Kia delivers is an attractive over-the-road proposition.

And it’s also attractive over the curb. With window stickers starting well below $20K, and topping out around $26,000, the Forte makes a compelling value. We’re more comfortable on that side of $25K than this side of $25K, but if you enjoy having features in combination with a credible platform and performance, I won’t argue with loading it up. Know, however, that with the upgrades comes a bump in payment; more options and less down can quickly transform a $300 monthly into a $500/month note.

And with that larger commitment, you stay in the folks’ basement that much longer.

The Lexus GX 460: A Frame of Reference
Honda’s Passport Takes a Shortcut to Adventure
Event Calendar