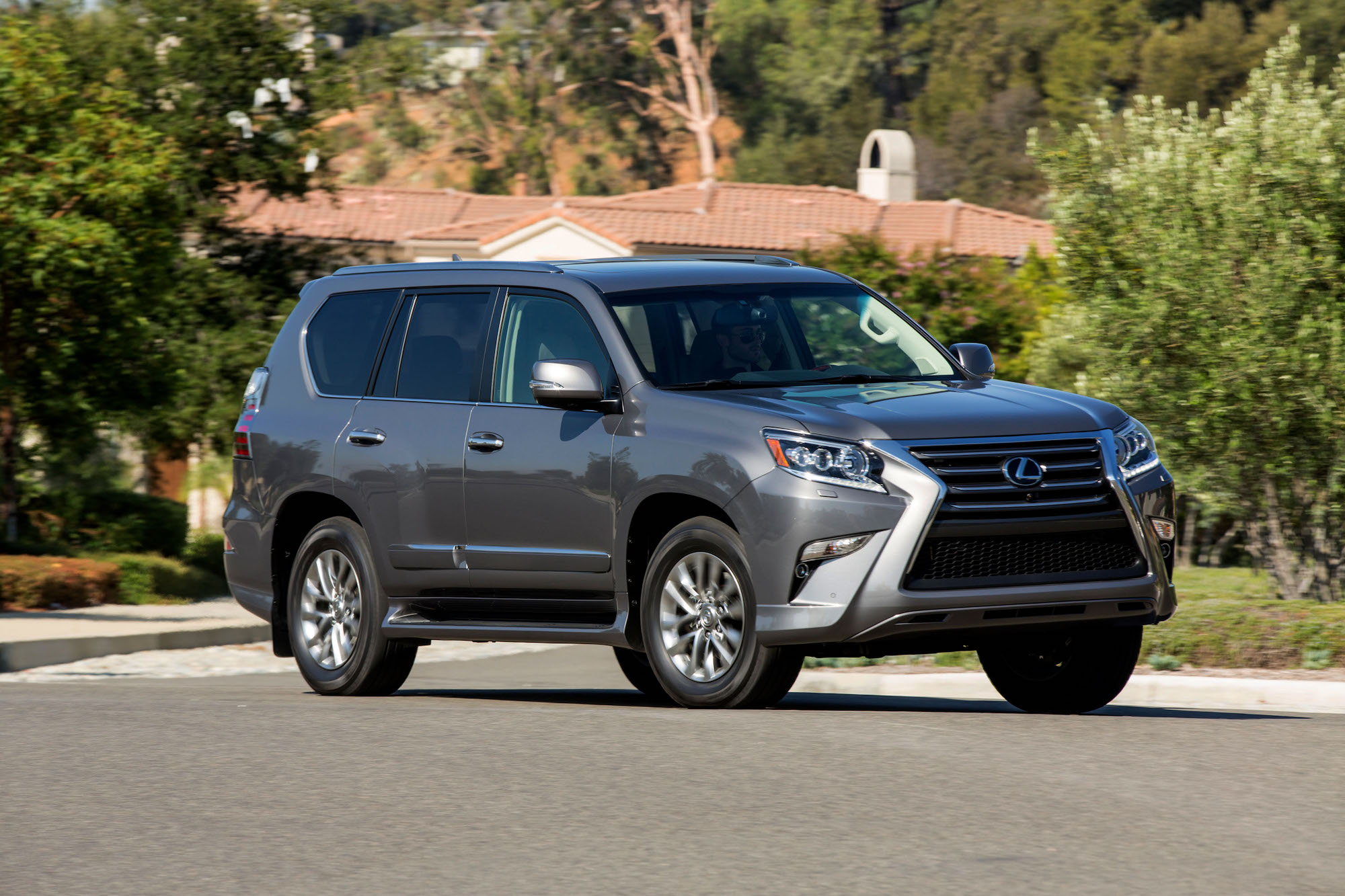 If shopping for – or just beginning to consider – a sport utility, you probably know that most SUVs aren’t really SUVs; they are, instead, car-based crossovers with (typically) little more than a car’s capability. Sure, they sit more upright, and hip points are higher. But in terms of hauling, towing or off-roading you would – in most instances – be as capably served by someone’s wagon as a crossover-type SUV. Unless, of course, you’re shopping the Lexus GX 460 – a genuine sport utility, in the truest sense of the term.

Introduced early (November, 2009) in Obama’s first term, the GX 460 was a redo of the Lexus GX 470; that first GX was launched in the early years of the Bush (43) administration. In taking the 470 to a 460, a numerical step backward, the Lexus team took an almost classically upright, off-road architecture and flattened it. While not by any means ‘squat’, the newest GX – if you can think of something approaching its 10th anniversary as ‘new’ – the GX 460 sits in your driveway more planted and, with its flared sheetmetal and signature ‘twin spindle’ grill, more menacing.

Retaining a body-on-frame platform, the basics of which are shared with Toyota’s current 4Runner, the GX is a significant departure from what currently dominates the SUV/crossover segment. Almost all have moved to unibody construction, where the body and frame are stamped and welded as one ‘unified’ structure. The end result of the unibody is typically a stronger, lighter structure – with no pretense at off-roading or truck-like capabilities. In retaining its traditional, truck-based architecture, the GX is one of a few flag bearers for an analog-type lifestyle where a truck or SUV is measured by what it can do beyond the carpool, or beyond the work week.

Equipped with a standard 4.6 liter V8, offering 301 horsepower and 329 lb-ft of torque, the GX 460 delivers a 6,500 pound towing capability, in addition to seating yourself and six of your family and friends spread between the GX’s three rows. With a curb weight of just over 5,000 pounds, don’t go racing for pink slips, but a 0-60 of under 8 seconds remains respectable. (It was just thirty years ago that a emissions-legal Ferrari 308 couldn’t muster a 0-60 time much better than that.)

Beyond the GX 460’s onroad/offroad (the GX provides a low range) versatility is how you feel behind the wheel. And in a word, you’ll feel great. The hip point is high enough to see what’s around you, but not so high as to struggle getting seated. The headroom, as you’d hope, is prodigious, and shoulder room is such that the middle passenger in the second row needn’t be a close friend unless, of course, he or she started the trip as a close friend. With the third seat, access is OK – but you won’t confuse the 3rd row’s split bench with your buddy’s Suburban. It seems fine, however, for the occasional lunch hour or evening out.

The overwhelming impression behind the wheel is of refinement, in a package that – given its age, construction and footprint – shouldn’t be all that refined. And since this shares a platform with the 4Runner, comparisons are inevitable. Most of my recent time in 4Runners has been in the TRD/TRD Pro trims, where the emphasis is on off-road capability. And the 4Runner’s V6 is typically seems both overworked (especially at altitude) and unrefined. In the GX 460 the V8 shines in a way that a V6, either normally aspirated or turbocharged, simply won’t.

With a hard-loaded window sticker of $70K, the GX 460 isn’t for the financially faint of heart. But you can get a lower trim level, while still comfortably equipped, for $55K, and that seems like quite a deal. Despite the outer chaos suggested by the GX sheetmetal, inside you’ll find an inner calm. And in 2019, who can argue with that?