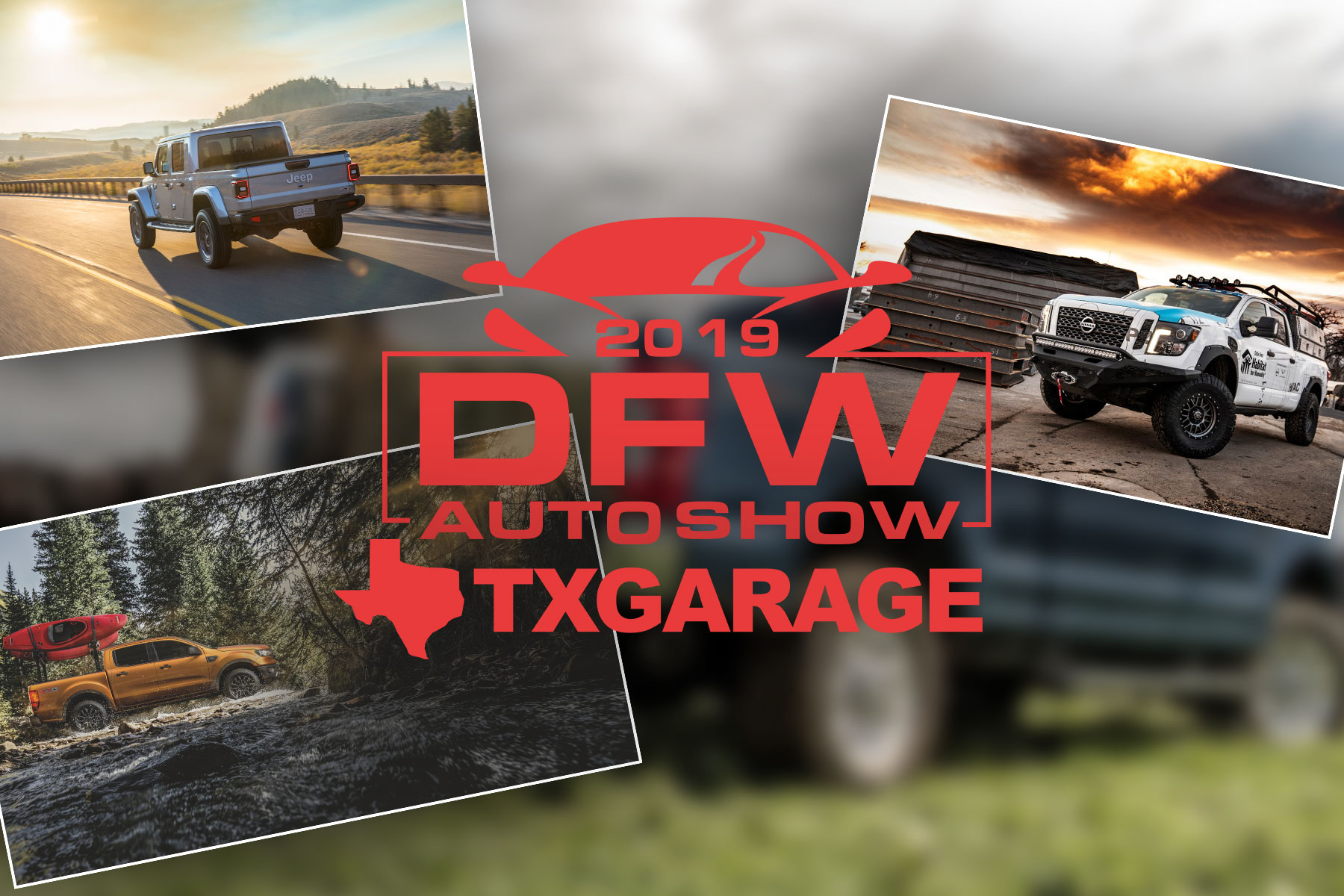 The market for U.S. trucks is sea-to-shining-sea; with that, Texas remains a market unto itself. As is often repeated, more trucks are sold in Texas than in any other state, and Ford Motor Company could well sustain itself as simply the Ford F-Series. Bill Ford could live out the rest of his comfortable life on only those profits, saying goodbye to the nuisance value of cars and, to a lesser extent, crossovers. The truck’s ubiquity will be clearly evident at this year’s DFW Auto Show, beginning this Wednessday, March 27th and running thru Sunday, March 31st. There, most OEMs make them…well, ubiquitous.

If you thought the pickup was only for towing your boat or hauling your bike, know that there are actually people using trucks for what God (and Henry Ford) intended. It is the work truck, and in its heavy-duty guise is making a renewed attempt – while there’s still a viable housing market and commercial cranes – to grab those construction dollars. Of course, there are also the playthings, like the already-iconic Ford Raptor and about-to-be-iconic Jeep Gladiator; in short, it ain’t all work.

In roughly alphabetical order, we’ll start with Chevrolet, as Alfa, Audi and BMW don’t offer pickups. Yet. The Chevy Silverado is all-new for 2019. And like virtually everything else benefiting from a full redesign, the Silverado 1500 is larger and better equipped, while claiming to be more agile. And whether on the road or in a downtown Dallas parking garage, ‘agile’ is good. We’re most intrigued by what’s under the Chevy hood. In addition to the typical sprinkling of V8s, Chevy has installed a 2.7 liter turbocharged four, which skews ‘small’ for a large pickup. And the Bowtie folks have also commissioned a 3.0 liter turbodiesel inline six. We haven’t driven it, but this would seem to be a sweet spot in the engine lineup, and would also work extremely well in Chevy’s Suburban or Tahoe. If anyone asks…

For those in need of towing a large boat or small house, Chevy will also be showing the 2020 Silverado HD. With each new model update comes more capability and, as you might guess, more options to make what is essentially a work truck ‘civilian’. Obviously, that personalization comes with a cost, but if you’re within the top 2%, why would you care?

At FCA, the Fiat Chrysler folks are making a two-pronged attack in the pickup segment. After a long wait for a Jeep pickup we will have a Jeep pickup, arriving at your Chrysler-Dodge-Jeep-Ram showroom this spring. And while there may be some sticker shock associated with early, fully optioned Gladiators, the higher window stickers are nothing 84 monthlies can’t overcome.

On the other end of the stratified showroom is Ram’s 2019 Heavy Duty Ram, the first workhorse boasting 1,000 lb-ft of torque, along with a tow rating of 35,000 pounds. That tow capability, of course, is enough to pull virtually any trailer…or 2+ hours of a presidential CPAC speech. Your choice.

This year’s Ford display is anchored by the well-regarded Yin and her cohort in capable consumption, Yang. Yin, as you’d expect, is driving Ford’s new midsize Ranger, and while we won’t damn it by calling it a ‘girl’s truck’, if you’re a guy you might reasonably assume that the Ranger will better appeal to your feminine side – you know, the side with the common sense. Offering a footprint that will actually fit within an urban environment, the new Ranger will go places the fullsize F-Series hasn’t been in decades…like your garage. Boasting a reasonably fuel-efficient powertrain and optioned with real off-road capability, the new Ranger should grow the midsize segment significantly. You get ‘em, girls!

The more masculine Yang is touting Ford’s Super Duty, long the standard for anyone wanting to have some fun while doing real work. Of course, there’s capability in Ford’s take on ‘Heavy Duty’, but there’s also comfort and connectivity. We wouldn’t be inclined to spend $80K on one, but you can.

At Nissan, the need to spur interest in its full-size Titan has resulted in what the company calls the Ultimate Work Titan. It’s a one-of-a-kind execution atop a Titan XD Diesel Crew Cab, and won’t be available at a Nissan store anytime soon. But with a host of modifications intended to make work less like ‘work’, for those considering a new Titan most of its mods can be downloaded.

Those modifications include (but are not limited to) a 3-inch lift, Nitto Ridge Grappler tires and ICON alloy Rebound wheels. Inside, the 20th Century menu becomes more of this century with a 13-inch laptop and printer, while the back seat incorporates a full mobile office. And if getting out of the office, the Titan’s bed includes Nissan’s Utili-track bed channel system, a Bedslide storage system and a decked lockable storage system. Again, this isn’t available on a Nissan showroom, but your sales rep – and the aftermarket – could get you started.

Finally, with its North American headquarters in Plano, Toyota brings a renewed emphasis on what’s required to be successful in the Texas market. With the Tacoma’s success well-established, the smaller pickup benefits from some updates, in what has become a vigorous battle in its midsize segment. Look for the Tacoma to enjoy a host of upgrades, including – but not limited to – improved multimedia that’s now Alexa compatible; new grille and wheel designs on most grades; and its TRD Pro featuring unique sequential LED headlights, along with a new wheel design, standard panoramic view monitor and multi terrain monitor. There’s also a wider application of the TRD Pro spec across the Toyota model line…so grab a Toyota, get off-road!

Within the Dallas Convention Center’s thousands of square feet there are a hundreds of choices, whether you’re in the purchase funnel now or three years from now. For those of you old enough to prefer your vehicles analog (think Nissan’s current Frontier), this may be your last, best chance to buy analog. But if in the present you’re gazing on trucking’s future, you won’t have long to wait. Trucks continue to validate – to channel Ohio’s Sherrod Brown – the dignity of work, while celebrating the majesty of play.