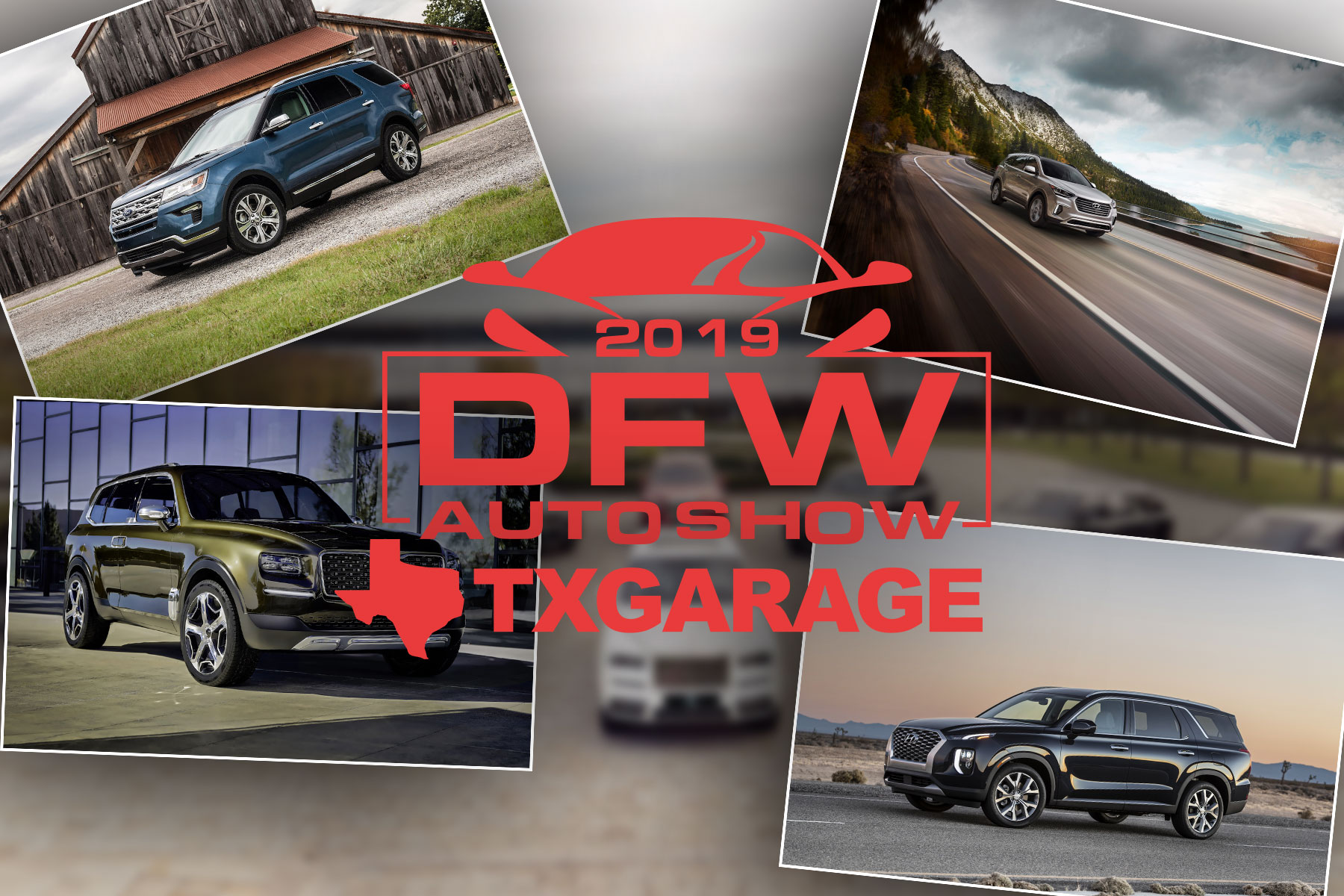 There’s been a lot of talk regarding the emergence of the all-electric vehicle and its ability to transform the automotive landscape. And if consumers actually start buying electric vehicles in significant numbers, EVs will transform the automotive landscape. But for an example of what ‘transformational’ actually constitutes, you need only look at the average parking lot, or this week’s DFW Auto Show at the Dallas Convention Center. In either venue, you can’t help but see the preponderance of SUVs and car-based crossovers. In today’s automotive market, these are the transformers.

The SUV category started quietly, led by Chevrolet’s Suburban and International’s Travelall in the ‘I like Ike’ era. It would grow almost exponentially with the arrival of Jeep’s Cherokee, Ford’s Explorer and, later, Honda’s CR-V and the Toyota RAV4. Today, you can’t walk or drive without tripping over someone’s SUV or crossover, and if shopping for a car you’ll need to look behind a dealer’s lineup of SUVs. Case in point: at the Clay Cooley Volkswagen store in Dallas, the Jettas and Golfs are parked behind the big Atlas and midsize Tiguan lineups.

Based largely on those OEMs participating in the DFW Auto Show’s media day, here are those new SUVs and crossovers you can expect to see this weekend.

On top of Audi’s Q3, Q5 and Q7 comes the aspirational Q8, a more sporting, expressive iteration of the aforementioned Q7. And while Alfa Romeo’s Stelvio is no longer new, and has been capturing – for Alfa Romeo – a surprising number of sales, it’s still worth a look. The Stelvio’s platform is disarmingly well connected, and if opting for the V6-equipped Quadrifoglio offers an impressive rate of speed for, you know, the morning commute.

Park Place will be liberally sprinkling its eye candy at the show, and few SUVs are sweeter than the Bentley Bentayga. Like the Stelvio, it’s already made a show (and showroom) appearance, but is now blessed with what is ostensibly a more accessible V8.

On the other end of the aspirational spectrum is Chevrolet. In what is essentially a franchise dominated by crossovers and SUVs, Chevy debuts its new Blazer. And while you may be thinking a body-on-frame and deer-on-the-hood Blazer, know that this unibody 4-door is more about your ‘dear’ in the backseat. Slotted between the smaller Equinox and larger Traverse, some may call this the splitting of marketing hairs, while Chevy execs call it making more money.

For the three of you that might care, Fiat has freshened the 500X with a new drivetrain and amenities. We continue to like the crossover’s footprint, while wishing the dealer network had more of a footprint. Bigger news, both figuratively and literally, is Ford’s all-new Explorer. The Explorer did as much as any single franchise to popularize the SUV, and with this redesign Ford has reaffirmed its commitment to that franchise. If in the market for a third row in back and EcoBoost up front, check it out.

Honda’s not holding a press conference, but its new Passport – announced at last fall’s Los Angeles Auto Show and now in showrooms – deserves a press conference. Slightly shorter than Honda’s 3-row Pilot, and with the pretense of off-road capability, the Passport is a well-executed take on the midsize crossover. But given its girth, if you’re truly thinking off-road get yourself a Wrangler.

While awaiting the Genesis take on the SUV or crossover, know that Hyundai will be showing a new, large Palisade, while its corporate cousin Kia is showing its 3-row Telluride. But if all of that seems entirely too ‘common’, Maserati is showing several derivatives of the Levante if, of course, those specific units aren’t sold before the show.

Mercedes-Benz isn’t an official, factory-backed participant at the auto show, but Park Place, is bringing it anyway. Among a growing lineup of crossovers is the 2020 GLE350. With a planted proportion, available third row and a wider menu of powertrains, it’s everything the newly affluent (or older money) could ask for.

As one of those early adaptors of the SUV and crossover genre (before the RAV4 Toyota had the Land Cruiser and, later, its 4Runner), the Toyota lineup continues to grow, both upward and outbound. Dallas will provide the venue for a number of regional introductions, including a TRD Pro version of its 3-row Sequoia, and a TRD Off-Road variant of the volume-oriented RAV4. While satisfying wildly varying needs, both will supply you with 200,000 miles of worry-free motoring, even in environments where you should – rightfully – be worried.

Finally, there’s the Rolls-Royce Cullinan, the $400,000 answer to a question only Rolls-Royce would ask. As Rolls-Royce’s own press brief puts it, the all-new Cullinan was “the most eagerly anticipated motor car of 2018. The Cullinan intends to prove itself Effortless, Everywhere by making luxury off-road travel a reality for the first time. (The copywriter obviously hadn’t seen a Range Rover – perhaps copywriter was doing this from Iowa.) The world’s first super-luxury SUV, Cullinan is also the first three-box SUV in the world whose contemporary and functional design will ensure its iconic status in the face of increasingly bland SUV designs.”

I, of course, couldn’t have put it better.

DFW Auto Show Preview: Trucks. And More Trucks.
MotoGP at Circuit of the Americas: We Lean In
Event Calendar