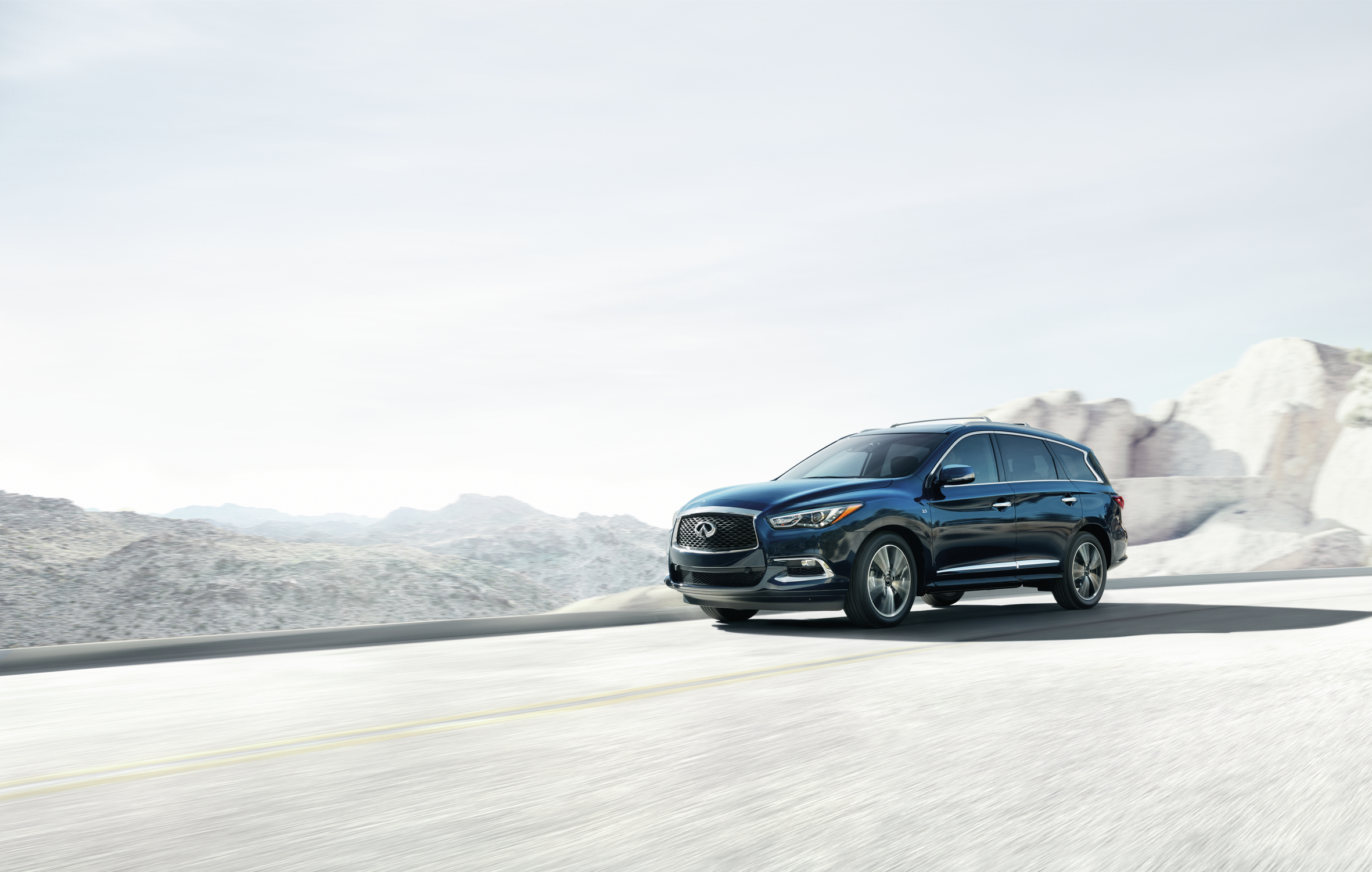 As a lap of Dallas’ recent auto show would have shown you, the 3-row crossover dominates the SUV segment in much the same way as a certain political figure dominates the news cycle. The 3-row SUV or crossover is everywhere, populating the car pool like everybody’s business. And in zip codes like Southlake, Infiniti’s QX60 is as ubiquitous as the Uber Corolla; on some days you begin to think no one drives anything else.

It took Infiniti and its product and marketing team almost all of its now-thirty years to hit this particular marketing moment. From the very first, in the 1990 model year, Infiniti offered a unique product, but suffered a huge disconnect between ‘marketing’ and ‘messaging’. Only in the last half of its history has it enjoyed a reasonable share of hits, albeit in the absence of what you could call real homeruns. (In spring, baseball references are highly ‘clickable’…we’ll proceed.)

The QX60, in its brief history, has been one of those hits. Introduced in the 2013 model year as the JX35, it became the QX60 just one year later. After all, why would you want to spend a zillion dollars on a model launch and stay with the same model nomenclature that you launched with? Regardless of what they call it, the JX/QX is a well-executed rethink of Nissan’s Pathfinder, which itself is a more asphalt-specific rethink of Nissan’s original go anywhere/do anything on-and-off-roader.

Today’s QX60 is far more of a get-the-groceries crossover than a get-off-the-road SUV. In the walkaround you’ll be impressed by a quiet expressiveness in its sheetmetal and expansive glass area. While on one level its seventh model year, with but one cosmetic refresh, might suggest a dated look and feel, on my level the older design ethos doesn’t hit you over the head with the pretension of more recent designs. We like the way the bodywork sits back on its wheelbase, and while this isn’t – by any stretch – a small vehicle, its three rows of accommodation are cleverly masked when looking at the QX60 from outside the QX60.

Inside, our QX60 Luxe enjoyed a host of optional packages, taking the base sticker of just under $45,000 to an as-delivered price tag of $65,930. That includes $5K worth of Limited Package, $3,500 of Sensory Package, $3,400 of Proactive Package and $2,900 of Essential Package. Inside, quilted leather dominates the seat scape, and there’s absolutely nothing wrong with that. And despite an exterior dimension that is at least one size down from Infiniti’s own QX80 or typical Tahoe/Suburban, there is no crowding in any of the three rows, although (it must be admitted) the third row is better suited to a lunch or dinner run than the run from Los Angeles to Des Moines.

Its transversely mounted 3.5 liter DOHC V6 drives either the front wheels or – optionally – all four wheels through Nissan’s reconstituted CVT. And despite the inherent suspicion of the CVT (continuously variable transmission) by the world’s automotive press, Infiniti’s building and tuning of same seems to do what it’s intended to do, i.e., deliver reasonable responsiveness with acceptable efficiency. You won’t be blown away by its 295 horsepower and 270 lb-ft of torque, but neither will you be underwhelmed.

The QX60’s responsiveness is enhanced by the ‘Sport’ button on the center console. And while the Infiniti’s efficiency may take a bit of a dip, your automotive self-esteem is reinforced; suddenly, the QX60 impresses as something that will take the cut-and-thrust of urban driving with…well, its own cut-and-thrust.

We’re not sure a Pathfinder-based luxury entry is worth a $66,000 investment, but then, you’ll spend well north of $80K on a comparably-appointed BMW X7, and almost $50,000 on a Pathfinder with less equipment and – in the service waiting room – undrinkable coffee. Infiniti’s own QX50 is more agile and responsive, while its larger QX80 is more capable, at the cost of being far more awkward. We think a QX60 at or near $50K is the sweet spot, if – of course – your car pool demands it.