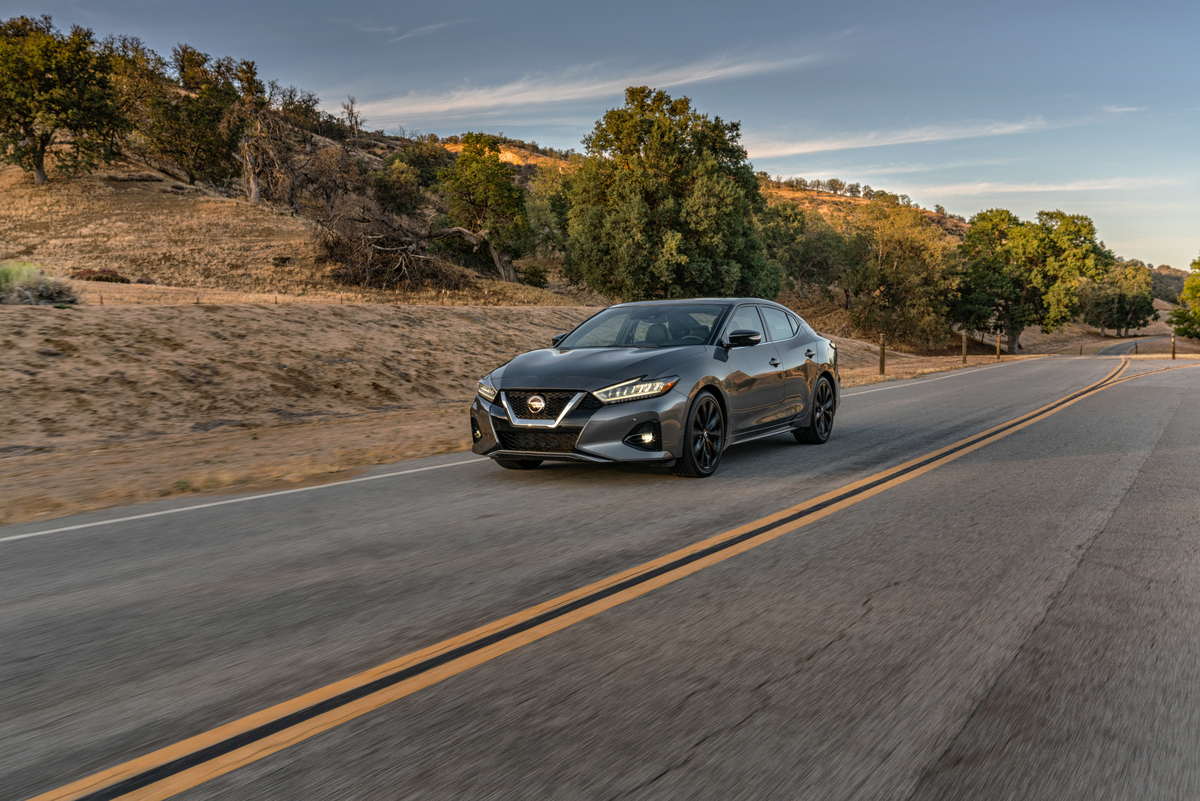 In Monday’s Washington Post, columnist John Kelly, after his visit to the Washington Auto Show, asks editorially if the car is…over. And in the absence of a paid staffer at the Post regularly covering automotive product, it’s understandable that Mr. Kelly – himself a self-described car enthusiast – would reach out beyond the Post to find an answer to that question. While views on the future of the personal car are as diverse as the District itself, the future of the 4-door sedan remains in doubt, also. Although we wish we could weigh in with a positive affirmation of the 4-door concept, a week with Nissan’s refreshed Maxima left us with more questions than answers.

In 1990, as we entered the second half of George Bush’s one term, Nissan introduced to the U.S. its self-labeled 4DSC Maxima. With a transversely mounted six powering the front wheels, three-box architecture (almost European in both its proportion and lack of affectation), and a tuned suspension that lent at least some credibility to its 4-Door Sports Car descriptive, the Nissan Maxima was effectively in a class of one. And given – at the time – Nissan’s entry-level roots, the all-new Maxima was punching well above its weight.

Almost thirty years later the newest Maxima continues to punch well above its weight, while we’ll note that its weight has increased considerably since 1990. In fact, in every measurable category except, perhaps, glass area, the newest Maxima stretches upward and outward the original footprint. Nissan isn’t, of course, the only automaker to do this. A quick look at Mustangs, Camaros and even 911s over the last 25 years suggest a thickening of just about every dimension. And while some of this can be pegged to safety and emission legislation, a lot of it can be attributed to the conceit of an industry hellbent on justifying inflated window stickers by inflating – to a very real degree – the car’s sheetmetal and footprint.

The 2019 Maxima SR is a throwback to the longer/lower/wider mantra of Detroit in the 1950’s, if not in actual spec than at least in concept. You, of course, will know that no Nissan product – other than its almost Titanic Titan – comes with a Belchfire V8, but the sheer mass of the Maxima underscores the model name as possible descriptive. On a wheelbase of 109 inches the Maxima stretches some sixteen feet, and that – even when doing the math in your head – means there’s a surplus of overhang both front and rear. And this is in stark contrast to rear-wheel drive competitors in the same $40K neighborhood; all of those, including a lower-spec 3 Series, Alfa Romeo Giulia, Genesis G70 and Nissan’s own Infiniti Q50, sit back on their wheelbase, looking and feeling more athletic.

We won’t argue with the Maxima’s 3.5 liter V6, delivering 300 normally aspirated horsepower and 261 lb-ft of torque. We will argue with the inclusion of a CVT transmission, however, as it lacks the immediacy of a DCT (dual clutch transmission) or refined feel of a conventional automatic. And while front-wheel drive works in most climes at most times, there’d be something to be said for the availability of all-wheel drive; Nissan could do this, but needs to recognize the viability of doing it.

Inside, supportive seats combine with reasonable ergonomics and a satisfying level of design and materials. Nothing here will blow you away, but there’s also little cause for handwringing. We do wish there was better outward visibility, but that would require more glass area, and that would apparently work against the design team’s 4-door coupe mandate.

You can, of course, get less Maxima for less money. The Maxima S comes nicely equipped for but $34,000 plus destination, and given the number of things it has in common with the SR, that looks like a viable alternative. But if you have $40K to spend, I’d visit the Infiniti showroom, where a reasonably equipped Q50 can be had for around that same $40K. With the option of all-wheel drive or rear-wheel drive, it seems like a better place for your money or, if like most of us, your 60 monthlies…

Or save some money and spec a well-equipped Altima. It offers four turbocharged cylinders, and can be hard-loaded for around $35K. If the Maxima were to get a complete redesign, it’ll probably look a lot like Nissan’s new Altima. But in today’s market, a redesigned Maxima is a mighty big ‘if’.