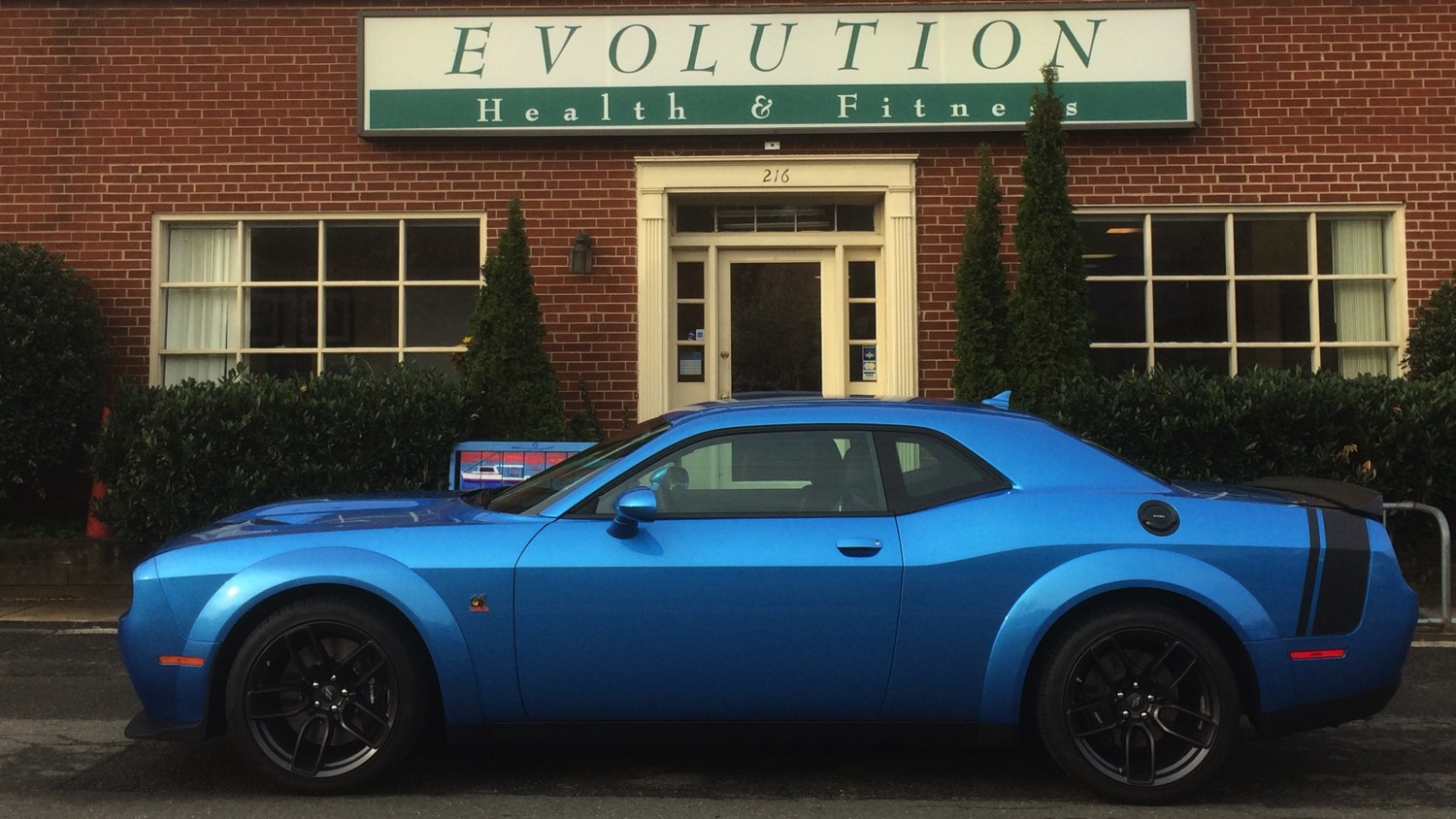 This Challenger Dodges a Bullitt

In the pantheon of the ponycar, there is – from Day One – the Mustang. It is, in this very specific subset, Jesus Christ, George Washington and Chuck Yeager, all rolled into one utterly amazingly, long-lived piece of automotive culture. Secondary to the Mustang’s moment is, of course, Camaro and Firebird. And within any tight little clique you have the guy or gal struggling to get noticed; historically, that’s been the Dodge Challenger. Almost 50 years after seeing its first showroom the Dodge Challenger, and its many – too many? – iterations seem to finally be getting their due.

Our test vehicle, the Challenger R/T Scat Pack Plus, rolls out of the driveway far more easily than it rolls off the tongue. And – it should be mentioned – the thing rolls out of the driveway more easily than it pulls into a parking spot. Most parking spots today, especially those beneath commercial buildings or apartments, weren’t designed for the Challenger’s girth. This is one wide platform, which goes from seriously wide to laughingly so when equipped with the optional Widebody ‘package’. But you have to give credit to FCA’s Dodge brand: What might have been regarded as embarrassingly irrelevant has developed some street cred, and with that cred some marketing mojo.

The narrative begins, of course, under the Challenger’s big-*ss hood, where 392 cubic inches of HEMI V8 now reside. This powertrain is the automotive equivalent of the AR-15, delivering 485 naturally aspirated horsepower in combination with 475 lb-ft of torque. Given the amount of acreage the Challenger footprint occupies, you don’t come to a gunfight with a water pistol; better, Dodge thinks, to come with an AR-15.

Of course, this much engine requires that much more air, and the Dodge Boys facilitate breathing with a power-bulge (yup, power hyphen bulge!) hood featuring a dedicated air intake flanked by dual-air extractors. And if that ain’t enough – as Bo or Luke Duke would tell ya’ – Air Catcher headlamps feed additional air di-rectly into the engine bay. Shore ‘nuf, they do!

Delivery of that combustion process to the ground is via an 8-speed Torqueflite transmission. And all that’s going on under the hood is modulated by FCA’s Launch Control, Launch Assist, Line Lock, SRT Drive Modes and SRT Performance Pages. The Challenger R/T Scat Pack Widebody should come with Alexa, if only to decipher its performance terminology.

Opting for the Widebody – and how can you not? – supplies a SRT-tuned chassis, SRT-tuned adaptive damping suspension, a front fascia with an integrated splitter, and a rear spoiler from the Challenger Hellcat. The result is a Challenger derivative that shaves .2 seconds in the quarter mile (12.1 seconds at 112 miles per hour) when compared to the standard R/T Scat Pack.

Behind the wheel, and despite the plethora of this-century technology and last-century plastic, the Challenger Scat Pack’s on-road behavior doesn’t recall the first Challengers of the ‘70s; instead, it more accurately recalls the big Chryslers of the ‘50s. This is a big-boned platform for those that thought nothing of biting off a thousand miles of Interstate in a day, just because they could. And the footprints of that day didn’t present a challenge, as there simply weren’t that many vehicles on those roads.

On today’s asphalt, the 392 HEMI is appropriately visceral, while the Widebody’s dynamic is surprisingly…dynamic. The Challenger’s response to pedal inputs, both in going and – thanks to a Brembo brake system – stopping is better than expected, and while you shouldn’t consider any Challenger for the cut-and-thrust of urban environs, it’ll bring any suburb closer to the city center.

For a guy that recently vacillated between buying a Miata or Toyota’s 86, you might guess the Challenger – any Challenger – isn’t scaled for me. If I’m buying this much bulk I want the four doors of the Charger, while if living with the inconvenience of two doors I want something with a thousand fewer pounds; I’m thinking BMW’s 4 Series, Lexus RC, Infiniti’s Q60 coupe or – if the stars were in true alignment – BMW’s M2. But for those wanting the last of the breed, the Challenger R/T Scat Pack, at a base price of under $40K and an as-tested Widebody window of $55K, begins to make sense.

If the bad guys had driven this in Bullitt, they might have dropped McQueen. But then, in the absence of the crash we would have needed some dialog. Better, I think – as a fan of the flick – to have kept the crash scene…

Nissan’s Maxima SR – Go Ahead, Judge It By Its Looks*
Fiat brings the band, and we dance a little two step…
Event Calendar