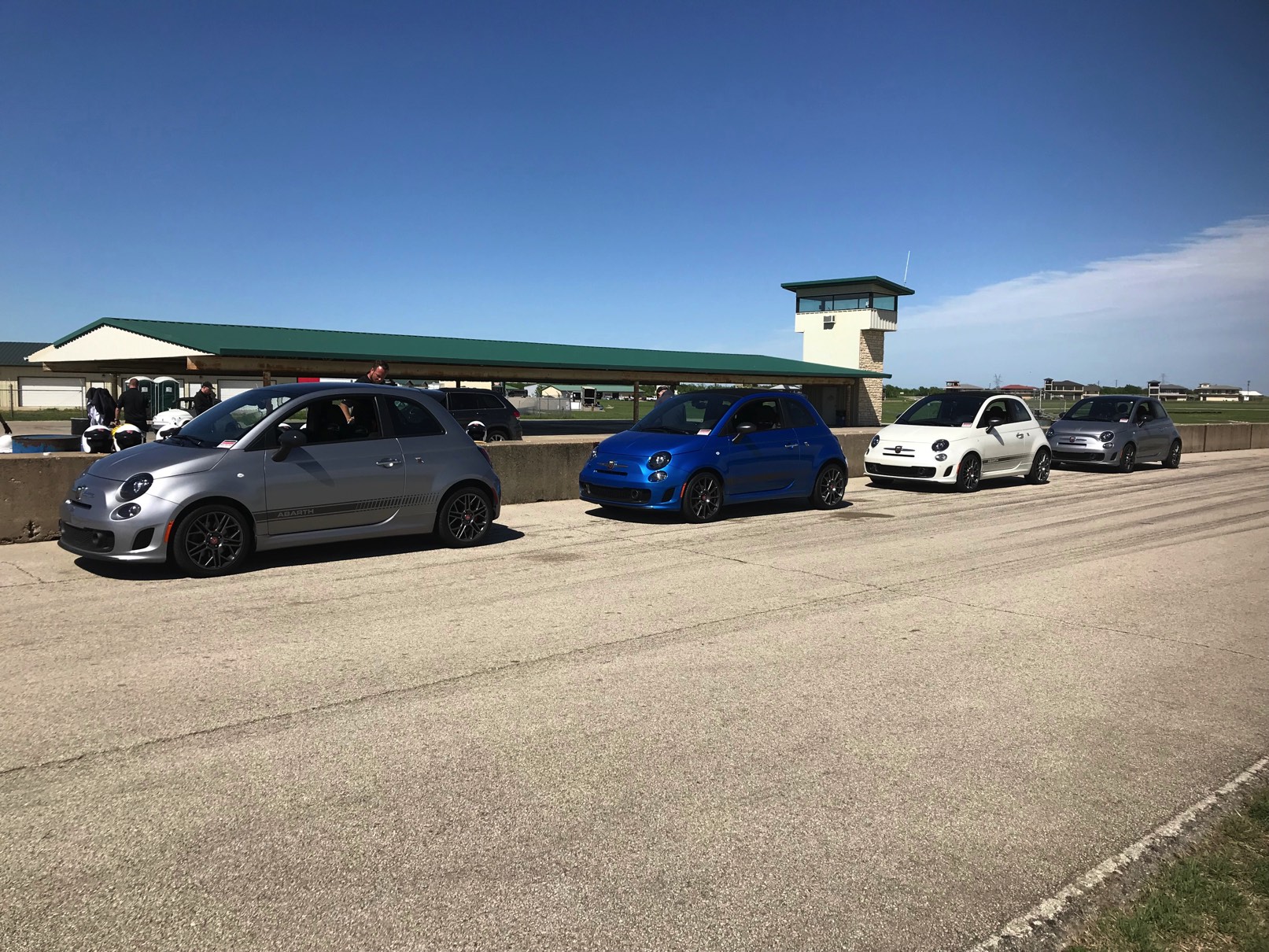 Many of the best things that have ever happened to me can simply be attributed to luck. And, of course, being in the right place at the right time. Which, of course, is luck. In this case, we needed an available body to fill a slot at the FCA-sponsored Skip Barber One Day Racing School at  Motorsport Ranch in Cresson, Texas, just outside of Fort Worth.

Publisher Adam Moore couldn’t go and editor David Boldt couldn’t get there, so I ended up checking the box, agreeing to show up in Cresson at the appointed hour on the appointed day.

I’ve been to a lot of track day events. But because i was arranging them and organizing them, I rarely got to participate in them. This promised to be different, and it was.

For starters, I rarely review cars or trucks. In fact, as far as I can recall, I’d never even driven one of the two cars featured; the Fiat 500 Abarth. Heck, I didn’t even know how to pronounce it. And the other car, Fiat’s 124 Spider, was also missing from my test portfolio. Where had I been?

All that changed in Cresson. After a great dinner at the Eighteen Ninety Restaurant and Bar in Granbury, Texas, and following a decent night’s sleep, we headed to the Motorsport Ranch the following morning.

Up first was the blackboard chalk talk. The courses. The cars. The vehicle dynamics, acceleration, braking, weight distribution, and of course, first and foremost, safety.

Following that we headed outside for the skid pad, where a water truck was desperately trying to keep the asphalt wet while springtime Texas-size wind gusts blew it dry. In the end, the wind was stronger than the water, but we managed to get what we needed done. Oversteer, understeer and weight distribution all came into play as the instructors did their best to keep us focused on what to do in various situations. And I have to say, the Skip Barber instructors were first rate, patient and professional.

We followed the skid pad with an autocross session that tested us in conditions from gentle sweepers to 180-degree corners to slaloms. Uphill and downhill, off camber and on. in both the Fiat 500 and the 124.

By the end of those two sessions we were headed back to the classroom for lunch. For those that had figured the weather in Texas is ephemeral at best, we were grabbing jackets as the temperature dropped, the clouds came in, and the wind – already whipping the canopies into the air – picked up even more. Lunch, of course, was BBQ. Hey, it’s Texas! And it was indoors.

After lunch we hit a 1.7-mile section of track to start honing the skills we had practiced in the morning. and learning the track we were about to drive. Again, we drove both vehicles, in both manual and automatic versions.

Once we got our helmets on, we climbed back into the cars for what would be multiple sessions following an instructor/leader around the track at ever-increasing lap speeds. This is where you get to pull it altogether and see if it works in real time.

Turns out it does. And at the end of the day, following the final two hours of driving, alternately behind the wheel or riding shotgun with an instructor in one of the leading cars, you’ve earned your Skip Barber Certificate of Completion.

It’s not the full 3-day course that Skip Barber offers, and I probably won’t get an opportunity like this again, but it was definitely something I appreciate getting to participate in.

In fact, I found myself sipping coffee the following morning and going over my notes from the previous day. When that happens, you know you not only learned something important, but you want to learn more. For a guy that has spent 50+ years driving cars and riding motorcycles – sometimes in competition, sometimes for a living and sometimes just for the sheer pleasure it brings – that, of course, is saying something.

Thanks, FCA. Thanks, Skip Barber Racing School. I guess we proved that you really can teach an old dog new tricks. (Woof!)

MotoGP at Circuit of the Americas: We Lean In
THE (VERY) BIG KEYSTONE SHOW – 2019 EDITION
Event Calendar