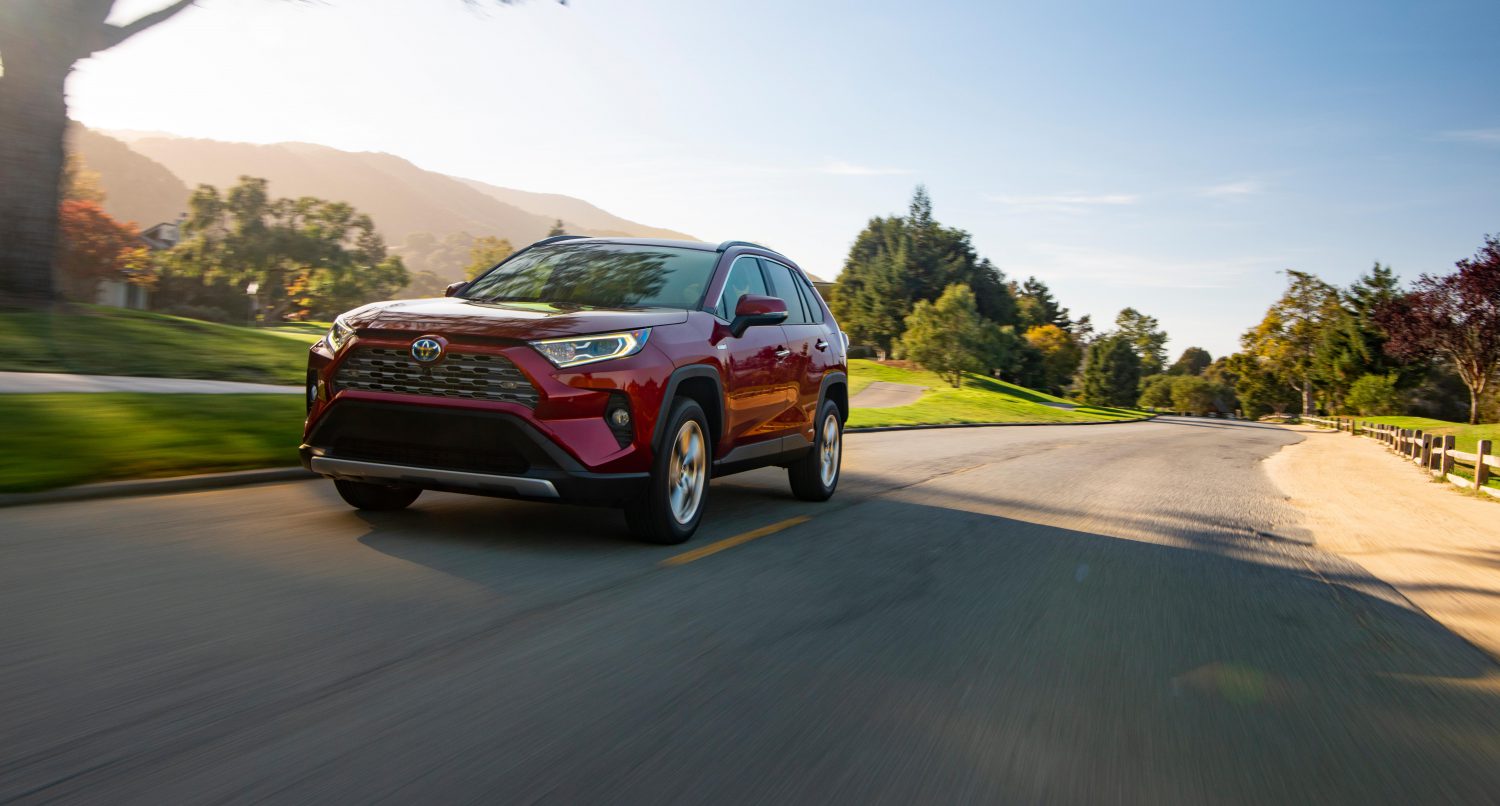 As Toyota prepared to introduce its all-new RAV4 crossover to the U.S. market in January of 1996 (were you alive in ’95?), Clinton was working through his first term while keeping a close eye on White House staffer Monica Lewinsky. And while the historic impact of a President Clinton might have been predicted, few would have put their money on either the RAV4 or Ms. Lewinsky (you know, THAT woman) making quite so much history.

Some 23 years after its inauspicious debut, the RAV4, Honda’s soon-to-follow CR-V, and numerous competitors and hangers-on now dominate the automotive landscape. As we’ve reported recently (and incessantly), the traditional sedan is now given up for dead, and any number of other categories are on the ropes, whether because of the SUV/truck/crossover ‘thing’, or the perceived need to electrify every possible automotive segment.

In the winter of ’96 we didn’t see – and probably couldn’t have seen – both the growth of the crossover segment as a whole, as well as the physical growth of those models in the segment. The original RAV4, in either its 3-door short-wheelbase guise or lengthened 5-door form, was a lithe, nimble grocery getter, perfect as an urban runabout, but looking slightly lost in the more expansive ‘burbs. Almost a quarter-century later, the new-for-’19 RAV4 sits on a 106-inch wheelbase, stretches some 15 feet and, as a hybrid, weighs around 3,700 pounds. Most of us get heavier with age, but the RAV4 design team would seem to have overloaded on the carbs during this particular design phase.

Of course, relative to Toyota’s Sequoia and Land Cruiser the RAV4 remains downright svelte. And while it has a more substantial heft than its predecessors (and almost as substantial as we remember the Highlander Hybrid when last exposed to that), this remains a relatively nimble people package when considering the alternatives. But given the sheer number of alternatives, you might as well look at a few.

In its sheetmetal, the new RAV4 is influenced by the current design ethos at the Toy store: be different. To that end, the RAV4 form has gone from decidedly organic to almost orgasmic; there’s a lot going on here, both in its sheetmetal and, by extension, its emotional presence. And while car-based crossovers have traditionally leaned toward the soft road rather than off-road, the 2019 iteration has the pretense of off-road chops, backed up by an available Multi-Terrain Select and Torque Vectoring all-wheel drive.

In dissecting the RAV4 design, RAV4 Chief Engineer Yoshikazu Saeki offered this: “At the very beginning of the design process, we reviewed RAV4’s distinct product value and considered how best to evolve the original concept of ‘an off-road vehicle built for urban environments that’s a pleasure to drive and look at. We came to define ‘Adventure & Refinement’ as the design concept for the fifth generation.” The 2019 RAV4 has the pretense of off-road chops, underpinned by an available Multi-Terrain Select and Torque Vectoring all-wheel drive on its gas models.

Inside, our XSE Hybrid offers what Toyota calls ‘Softex’, a durable, washable vinyl that frames a durable, washable cloth insert. Seats are comfortable, and while offering a reasonable amount of lateral support, aren’t confining. The dash, while holding onto a few of the traditional vestiges, is dominated by its center screen. And while you won’t confuse it with that featured on Tesla’s Model X or Model 3, it’s a big ‘un, and would be more than suitable for downloading your Netflix catalog.

Of course, even with the electrification coincident with a hybrid, there’s the stuff under the hood. The centerpiece of ‘that stuff’ is a 2.5 liter ‘Dynamic Force’ DOHC 4-cylinder. With an almost crazy 14:1 compression ratio and undersquare bore-and-stroke, the 2.5 delivers 176 horsepower and 163 lb-ft of torque. This, in short, is tuned for efficiency, not pink slips. But the numbers are significantly bolstered by the presence of two electric motors, one front and one rear, delivering 118 horsepower and 54 horsepower, respectively. The combined net is 219, and while we don’t begin to understand the math it feels like 219 horsepower.

Like many hybrids, you’ll find the day-in/day-out driving to be almost tepid, something a Prius owner will embrace while the Camry owner may only tolerate. Slip the CVT transmission into Sport and things feel a bit brighter, but it’s not transformative; this remains a drivetrain geared for efficiency, and not anyone’s idea of excitement.

The numbers, of course, tell the tale, and supply the RAV4 Hybrid with real ‘crossover’ appeal. An EPA estimate of 41/37/30 City/Highway/Combined is pretty sweet, and while we saw but 36-ish in our stop-and-go/freeway errand running, that is some 2.5 times better than our expectation in the family’s Grand Cherokee. At $2/gallon the Hybrid may not make great economic sense, but let gas rise to where it has been in the last decade and people will be lining up. And with the LE Hybrid available for well under $30K (our test XSE Hybrid was just under $38K), why wouldn’t customers be lining up?

Hyundai’s Ioniq Hybrid:
Can You Drive 55?