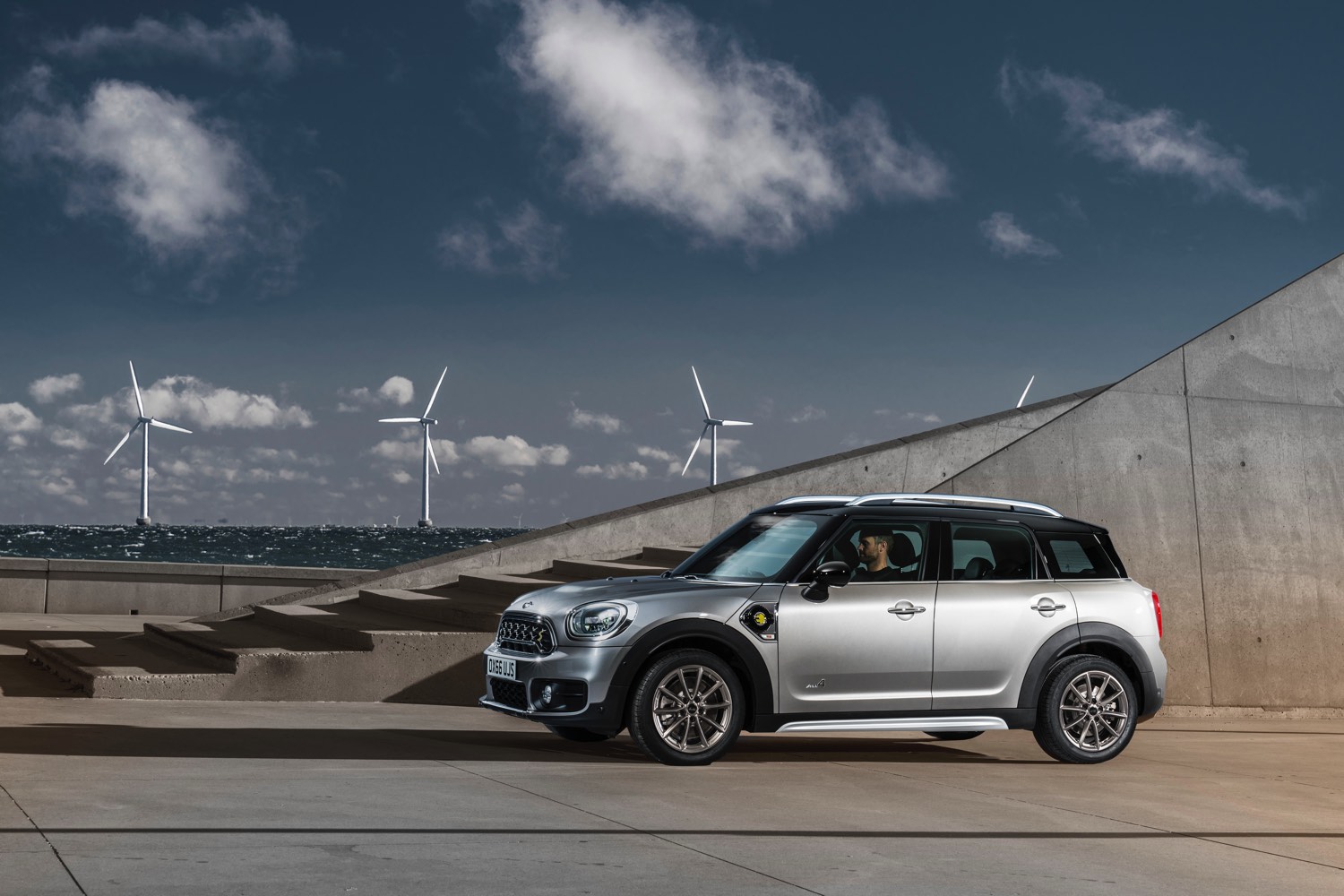 MINI Cooper owners – and those who aspire to own a MINI – envision only one car brand in their driveway and, yes, that’s a MINI.  The cars look different, both inside and out. And MINI models still project a strong British character, even though the cars are no longer designed in Great Britain.  What they continue to enjoy is an immensely loyal owner base who love their MINIs. For that reason alone, you can’t really compare a MINI to other cars; they are simply in a class of their own.

The current crop of MINI Coopers bears no relation to the original British-made Minis that first appeared on the road in 1961.  Owned by BMW since 2000, these new MINIs now have German underpinnings – the Countryman shares its platform with the BMW X1, which makes it a whole lot of fun to drive.

I was fortunate to experience the 2019 MINI Cooper SE Countryman ALL4 Plug-In Hybrid for a week, and learned that the quirkiness of the brand is an acquired taste.  The Countryman is the largest MINI in the automaker’s lineup, large enough to put it into a midsize segment – altho I wouldn’t recommend it for a cross-country trip.

The base MINI Countryman has an MSRP of $26,900, The one I drove was a fully-loaded 4-wheel drive plug-in hybrid that included the optional John Cooper Works appearance package.  All in, the Countryman boasted a sticker price of a whopping $45,700, which isn’t exactly ‘mini’.

The standard powertrain is a 134 hp, twin-turbocharged 3-cylinder engine mated to a six-speed transmission.  The hybrid’s electric motor adds another 87 hp and a lot more low-end torque, giving the Countryman loads more pep.  Curiously, the electric batteries only provide an all-electric range of 12 miles, and overall combined fuel economy is a somewhat meager 27 mpg.

The interior is more spacious than it appears from the outside, and the cargo area behind the rear seats handled enough luggage for a weeklong cruise.  The interior design controls take longer than a week to learn, which can either be endearing or frustrating. For instance, the MINI ignition start button is a toggle switch in the center console, harking back to the sixties.

The MINI Cooper Countryman, along with all the other MINIs in the automaker’s showroom, is a distinctive vehicle that will seem pricey to some.  But, to MINI owners, it’s a small price to pay to drive a car that just a whole lot different from the rest. It’s a minimal footprint offering maximum pleasure.