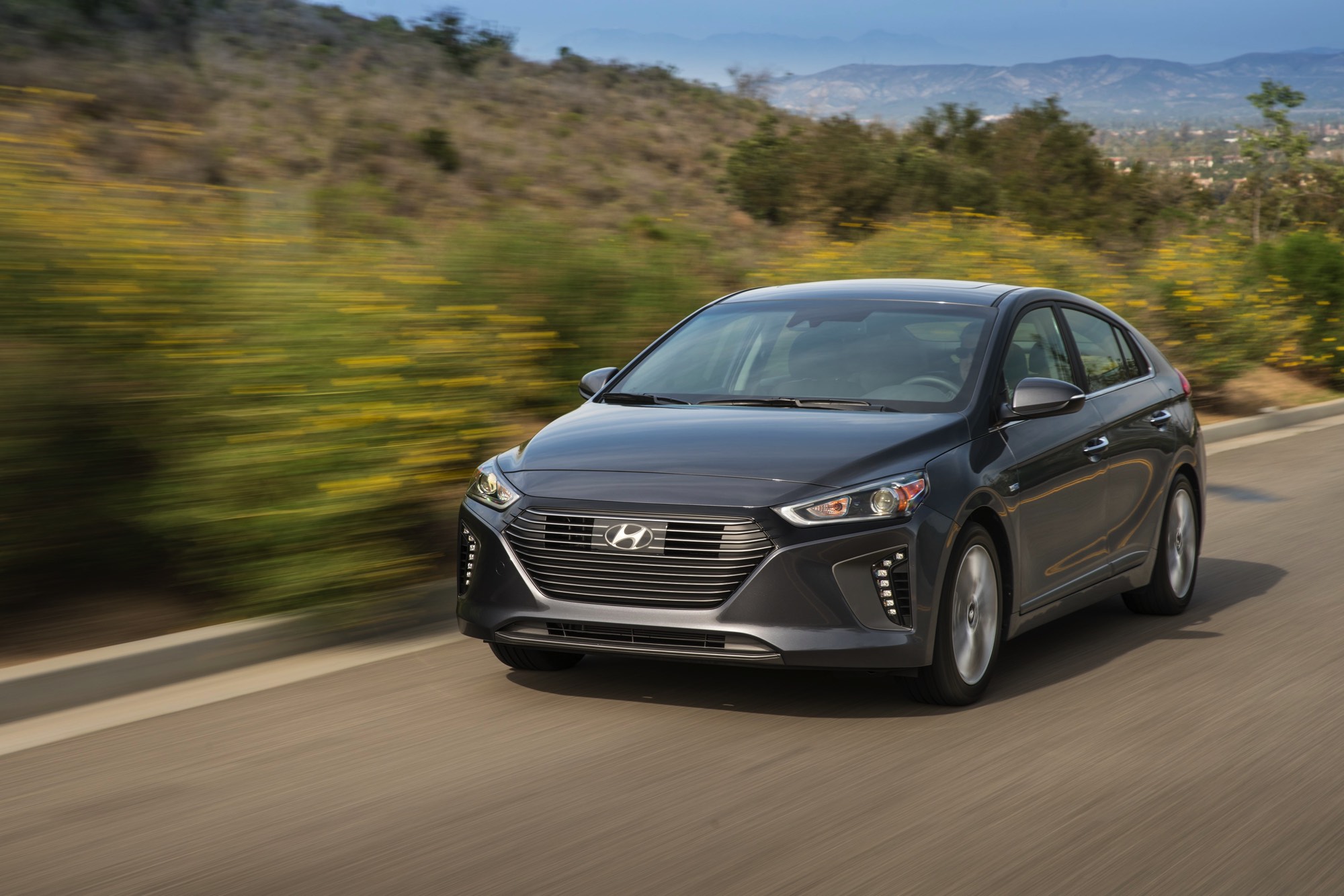 Only as a point of reference, it’s worth mentioning that FCA’s Ram brand sold almost 70,000 pickup in June, 2019, while Ford sells roughly 70,000 of its F Series (give or take) EVERY month. And if you’re wondering what that has to do with Hyundai’s Ioniq, know that Hyundai would be hard-pressed to sell 20% of that 70,000 – or about 14,000 – Ioniq hybrids (at least here in the United States) in a calendar year. And that’s with tax credits available on the plug-in variant, and a 55/54/55 EPA City/Highway/Combined miles-per-gallon estimate on the ‘conventional’ Ioniq Hybrid.

But let’s not worry about what Ram buyers are missing; instead, I’d prefer focusing on what Hyundai’s Ioniq customers are getting. And within the context of a $25K (plus destination) outlay, it’s a lot. On the outside looking in, there’s a hint of future in the Ioniq sheetmetal, but unlike some variants of the Toyota Prius, George Jetson had nothing to do with it. Instead, the Ioniq’s fastback profile suggests the 2nd-gen Prius, with just the smallest bit of futuristic swagger. The look is undeniably aero, but in a softer, less pretentious guise than we see on the current Prius, or Honda’s Insight.

Inside, especially when clothed in our test example’s black-on-dark-gray cloth combo, the interior is understandably dark, but not quite dark-as-foreboding. Plastics are about what you’d expect at the price point; they don’t disappoint here, but neither do they delight. But the dash and infotainment system remain intuitive, and while visibility to the rear is restricted by the thickish C-Pillar and fastback profile, in all other respects you and your passengers are able to see what you need to see.

Under the hood is, of course, the hybrid ‘magic’. A 4-cylinder, 1.6 liter DOHC four – possessing an extreme undersquare bore/stroke configuration – kicks out an oh-so-modest 104 horsepower and 109 lb-ft of torque. The hybridization, of course, is there to give that ‘kick’ more kick, and in hybrid guise adds 43 horsepower to the mix, along with a vastly more important 125 lb-ft of torque. Add it all up and Hyundai tells us that you have 139 horsepower under your foot when (and it’s ‘when’, not ‘if’) you need it.

Perhaps the key difference between the Ioniq and hybrids from other carmakers is its transmission. Both the Ioniq hybrid and plug-in put their power down via a 6-speed dual-clutch transmission. And while we won’t go into the weeds in explaining how this differs from a more conventional automatic or the more often specified CVT, the bottom line is its direct connection to the power; unlike automatics or the CVT, you don’t have fluids or belts minimizing or filtering that connection. And while in some applications a dual-clutch is faulted for its immediacy, we like what Hyundai’s engineering team does with its DCT.

On the road, the all-wheel independent suspension provides reasonable comfort and supple composure. There’s no attempt here to duplicate a hot hatch in its handling, but then, you should give up something in pursuit of 55 miles per gallon. Happily, the DCT has a ‘Sport’ mode, and in flicking over to that the efficiency drops, but the almost-tepid throttle response is essentially eliminated. In ‘Sport’ the Ioniq actually feels almost recreational, and while you won’t go to it often – that’s hardly the point – you will do it when you need to do it, an option that can be both fun and, uh, lifesaving.

At the end of the day there’s a lot to like here. The Ioniq plug-in enjoys a tax credit, as well as an all-electric capability for short commutes and errand running. But given its larger battery and motor, it’s also 300 pounds heavier than the conventional hybrid we tested, and that weight can be felt in every turn or exit ramp. With convenient plug-in access we’d be all about it. But in the absence of that convenience we like conventional…and that’s more than a little ironic.