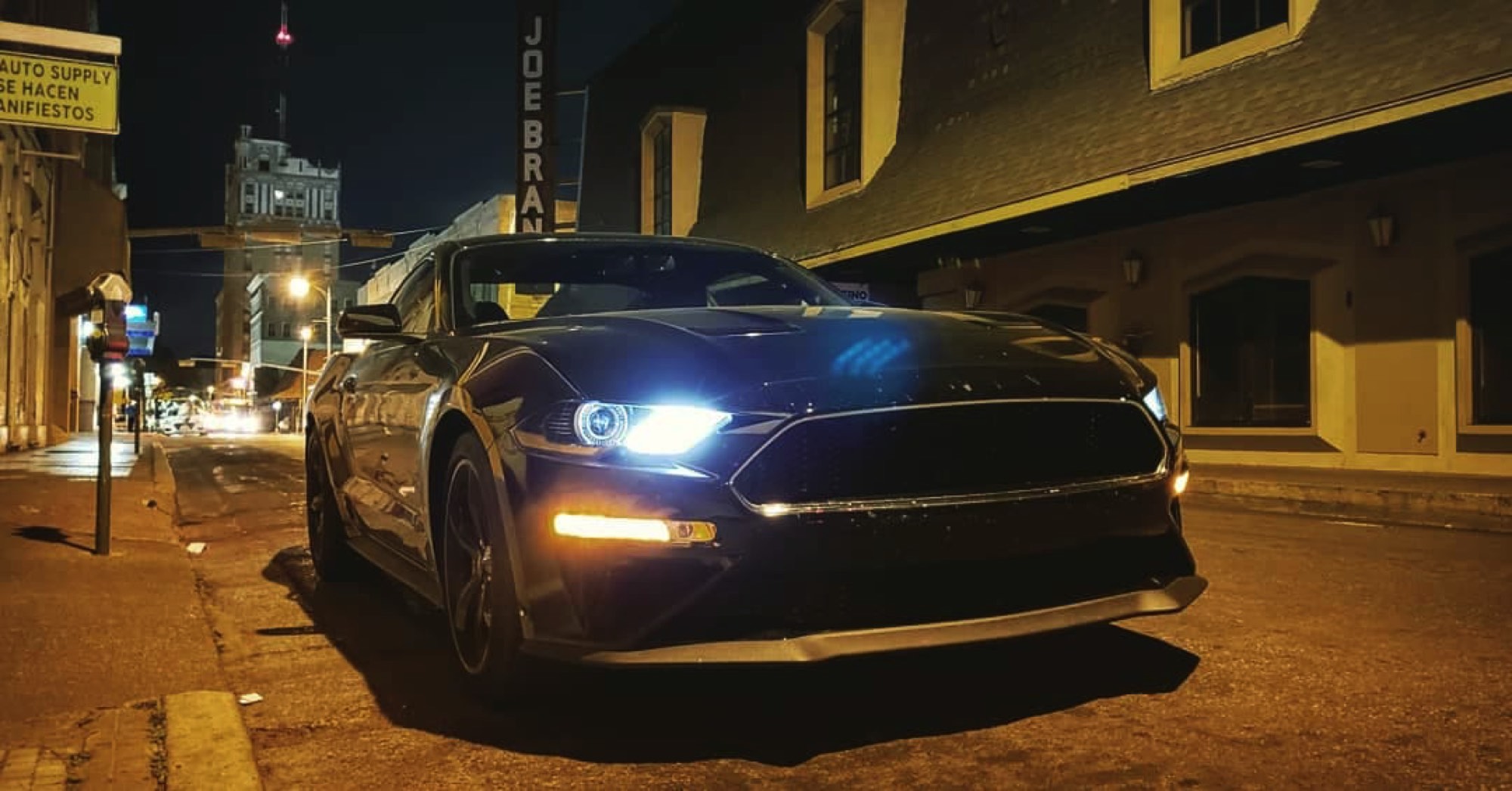 Why You Should Buy Your Bullitt in Black

Creating a muscle car/performance package out of a film that debuted in 1968 would seem outdated – because it is. The film Bullitt premiered in 1968 to mixed reviews, due (in part) to a complicated plot, with an even more confusing plot twist. What allowed Bullitt to earn a cult-classic status was Steve McQueen playing the lead, and the famous car chase scene. The scene featured a black 1968 Dodge Charger RT and the now-iconic Highland Green 1968 Ford Mustang GT390 fastback, tearing across San Francisco. This was a rare case of the cars out-performing (no pun intended) the actors, and probably saved Bullitt from getting lost in film obscurity.

The Bullitt package has always been a slightly more “hopped up” Mustang GT, offering subtle styling tweaks at an extra cost. Currently, the Bullitt is the highest trim level on the Mustang GT before jumping to the Shelby GT350. I was excited to drive the 2019 Ford Mustang Bullitt GT, not because I’m a McQueen fan, car-movie nerd and muscle car enthusiast, but because the model I was going to review was black.

EXTERIOR: The 2019 Bullitt Mustang is offered in only 2 colors, Dark Highland Green and Shadow Black. Since I tested the Bullitt Mustang earlier in the year I have spotted several green Bullitt Mustangs, in different states no less. But I’ve only seen one other black Bullitt. This tells me two things: 1) The Bullitt package is not as exclusive and rare as marketing would have you believe, and 2) If you really want your Bullitt to stand out, get it in black!

The 2019 Ford Bullitt Mustang GT looks like an undercover pursuit special when dressed in Shadow Black. The car made me think of the last V8 Interceptor from the original Mad Max movie – the only thing missing was zoomie exhaust side pipes and a nitro-fueled supercharger towering over of the hood. Black 19-inch Heritage alloy wheels complete the sinister look on the Bullitt Mustang, giving the car a Tom Cruise wearing aviator sunglasses level of handsomeness. Twice while driving the Bullitt Mustang at night people said it looked like an Aston Martin Vantage.

It is amazing what simply removing the Pony badge from the front grille of a Mustang can do that its appearance. My only criticism is the Bullitt emblem on the trunk lid. I know Ford wants people to know this Mustang is special, but it defeats the purpose of where the inspiration for the Bullitt came from. The Bullitt Mustang is supposed to be cool without trying to be, like Steve McQueen. Driving around with Bullitt emblems reminded me of George Costanza bragging about owning Jon Voight’s LeBaron.

INTERIOR: The white ball shifter stands out in the black leather interior of the 2019 Ford Bullitt Mustang GT. I love it, and its short row 6-speed shift pattern makes it a joy to handle. The Bullitt is a premium performance package that also offers a $2,100 interior package which includes:

The Bullitt Mustang in this review had regular leather seats and were the most comfortable of the various Mustangs I’ve tested in recent years. Lumbar support greatly reduced fatigue during long-distance drives and gave enough cushion without feeling baggy. Like in most modern muscle cars, the rear seats are not ideal for human passengers

PERFORMANCE AND SPECS: I was able to test the 2019 Bullitt Mustang GT at Harris Hill Raceway in San Marcos, TX. With the track to myself I compared the Bullitt Mustang GT to the 2018 Mustang GT PP2 I reviewed earlier in the year. Official lap times were not recorded, but both performance packages performed as advertised.

The Bullitt GT offers 20hp more than other Mustang GT, bumping its 5.0-liter V8 output to 480hp, with 420 lb-ft. The tuned exhaust echoing behind as you charge down the straightaway is a soundtrack worthy of praise. The Bullitt Mustang GT did not feel as composed and agile as its PP2 counterpart, and that is OK. The PP2 is designed to be a track-inspired Mustang, the Bullitt is meant to just be fast. Nevertheless, I found the Bullitt to be more fun because it wasn’t as sharp as the PP2. No sticky street-legal track tires to save you from your own bad driving means high-def concentration and bracing for the G when it’s pushed through the corners. I never spun out, but I did get my passengers to break a sweat in terror.  The Bullitt offers a gritty driving experience that will leave you wanting more.

I’ve always been a traditionalist when it comes to driving aids like traction control, line-lock, launch control, and electronic parking brakes. However, there is one driving aid I quite like and that is Ford’s Rev Match setting, which allows the Bullitt (and other Mustangs) to make you sound like McQueen himself downshifting like a pro. Driving up to stoplights downshifting through every gear as I rolled to a stop was my favorite thing to do in the Bullitt. The Rev Matching system matches the revs where they need to be in order to deliver a smooth downshift into a lower gear. It can also be turned off by going into settings.

FINAL THOUGHTS: The Bullitt Mustang GT is as exciting to drive as the car chase that inspired it. Shadow Black is a great alternative that gives the Bullitt Mustang GT an anti-hero look. Do not be fooled into paying more at a dealer under the impression that it is a “limited edition”. I do not like the Bullitt emblems because rule one of being cool is to never acknowledge that coolness.

Spending over $50,000 on a Mustang GT might seem steep, when you take into consideration what other performance packages have to offer. Is an additional 20hp worth paying nearly $10K more? No.