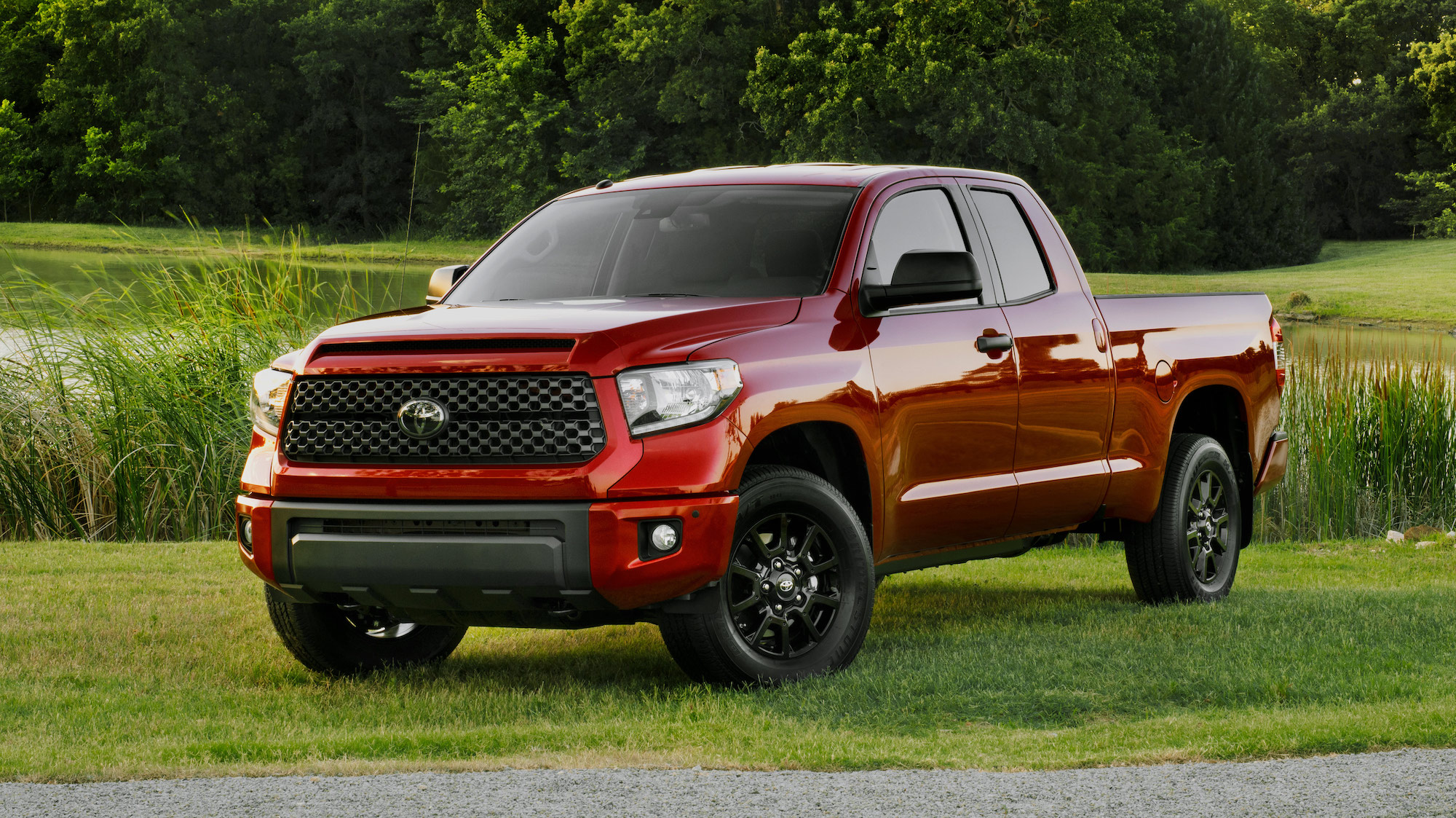 The design of the current Toyota Tundra full-size pickup hasn’t changed much in well over a decade.  There was a refresh with the 2014 model year, but the basics of the overall truck have remained pretty much the same since this second generation was introduced back in the 2007 model year.  In comparison with the Big Three automakers, the Tundra’s design is ancient, and yet it holds up very well when put to the test. It’s a tough truck.

I recently drove the Tundra TRD Pro, the highest trim in the Tundra lineup.  This truck is built to go off-road and tackle rough terrain without breaking a sweat.  It’s part of Toyota’s troika of TRD Pro vehicles, which includes the Tacoma and the 4Runner.  They all feature Fox 2.5-inch Internal Bypass shocks, along with a host of impressive off-road equipment tuned and designed by the engineers at Toyota Racing Development (TRD).  In other words, they’re all made to get dirty.

The base Tundra has an MSRP of $33,425 and the TRD Pro trim brings a heftier MSRP of $52,780. With that big sticker price comes a whole lot of truck.  The 381 hp, 5.7 liter V8 engine mated to a six-speed transmission is the only powertrain available across the entire Tundra line, but that’s about the only feature it shares with the other, less capable Tundras.

The TRD Pro has loads of badging to make sure the casual observer knows what you’re driving – and you remember why you’re making that big payment.  There’s a massive grill with TOYOTA lettering stamped in large letters, along with a new hood scoop and new Rigid Industries LED fog lights that turns night into day.  Black badging is featured throughout, and TRD Pro is stamped on the bed’s rear quarter panels. The interior continues the theme, with the TRD Pro logos on both the driver and front passenger leather seats, along with TRD Pro floor mats, shift knob and a center console emblem to help complete the look.

There aren’t many functional options that need to be added to the TRD Pro; the entire package is pretty inclusive.  The wheels are five-spoke, 18-inch BBS forged-aluminum fitted with Michelin P275/65R18 all-terrain tires. Providing added growl on the highway and the trail is a dual TRD Pro exhaust accented with Black Chrome exhaust tips.

The Tundra TRD Pro is only available in the CrewMax configuration, and a moonroof comes standard.  And it’s only offered in three colors: Super White, Midnight Black Metallic and Voodoo Blue. Whether you go off-roading on a regular basis or you only drive on paved asphalt, the Toyota TRD Pro is a blast to drive.  It’s one tough truck.