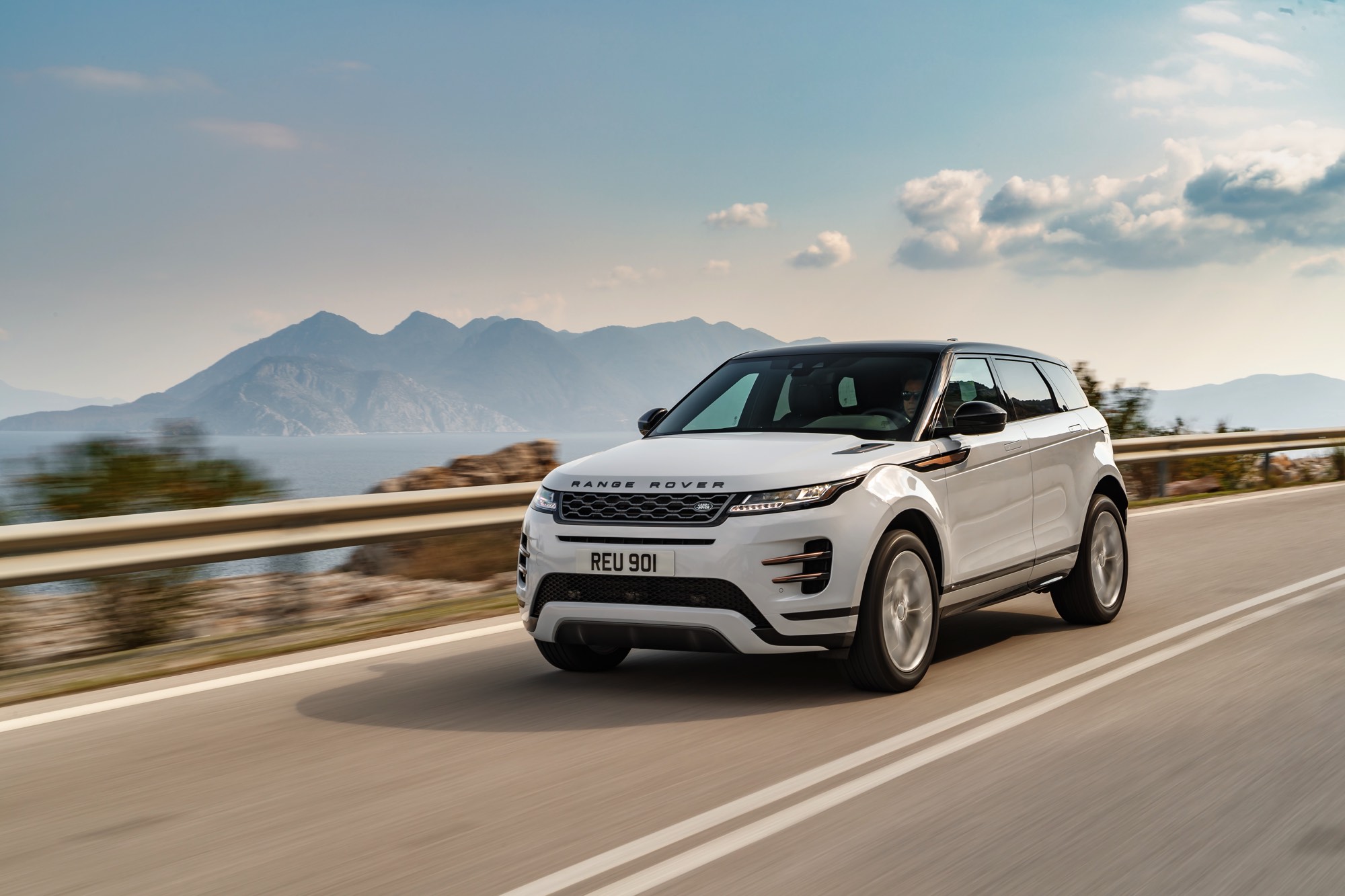 This seems absolutely crazy. The Range Rover Evoque, Land Rover’s ‘entry portal’ for your urban adventures, was launched in the summer of 2011, which – by my math – is eight years ago. And while the groundbreaking soft-roader isn’t as ubiquitous as Nissan’s Rogue or Honda’s CR-V, it’s gone into markets (and parking spots) you wouldn’t take a Defender. And while its design dates back even further, to the 2008 intro of the LRX concept, there’s nothing in its sheetmetal that takes you back to Obama’s first term except, of course, the Evoque’s good looks and obvious restraint.

But as is written (somewhere), you can’t keep playing the same song forever, and looking to 2020 the suits seemed to think it was time for an update. Thankfully, the update is an evolutionary step in the Evoque’s design migration, and not – to channel Neil Armstrong – one giant leap for mankind. While the overall proportions of the 1st-gen Evoque remain, its edges have been softened, which (at least visually) enhances the aero, while also making it look less industrial. There is, in the walkup, a tad more ‘dinner’ and a titch less ‘let’s grab lunch’.

Our press vehicle was the 2020 Evoque First Edition. And with that, here’s the press blurb: “The Range Rover Evoque First Edition is a truly sophisticated and seductive vehicle. Only available for one year from launch, it features myriad exclusive touches that further enhance the Evoque’s celebrated design cues. A Black contrast and Fixed Panoramic roof, Gradated Linear Dark Aluminum trim finisher with First Edition script, First Edition carpet mats and Cloud/Ebony grained leather seats with Cloud/Ebony interior are all included.”

As the above descriptive(!) implies, this is one hard-loaded crossover, and propels the entry-level Evoque, which starts in the low $40s, to about $60K. This newest Evoque is unequivocally an upscale statement, finished in a muted gray (your stager will LOVE it!), topped by a contrasting black roof. And the footprint continues to strike that happy balance between nimble and substantial, something rarely done among compact crossovers.

Inside the hits continue. I thought the materials had been carefully selected, but I – of course – was wrong. In press release parlance they’ve been ‘curated’, which helps in no small way in selling a $40K crossover for something closer to $60,000. Beyond its tailoring is a tad more rear seat legroom, a bump in small item storage and an increase in luggage space, now offering 21 cubic feet.

If there’s a disconnect inside – and here I’m talking ‘bout my generation – it’s the all-encompassing digital presence. I remain a big fan of ‘intuitive’, and while an owner will grow comfortable with the Evoque’s audio and HVAC controls within a relatively short time, the reviewer has but a week – and just might be doing other things.

Under the hood buyers can opt for one of two drivetrains. Standard is a 2.0 liter turbocharged four offering 246 horsepower. In our week of stop-and-go and freeway driving we found its responsiveness adequate: adequate acceleration, adequate refinement. For those wanting more, they may find it in the Evoque’s mild hybrid offering, available in the R-Dynamic trims. That bumps power to 296 – which is substantial – while reassuring your peers that you’re socially responsible…in, you know, an SUV.

At the end of a week, I came away impressed by a Range Rover team that didn’t screw it up. With so many redesigns, you see restraint thrown into the design dumpster, and in its place we get the Lexus RX. The Range Rover team has taken a truly evolutionary path, with an updated design atop an all-new platform. Its off-road/all-road capability remains (now dubbed Terrain Response 2, with a fully automatic mode), while its place in the valet parking hierarchy is only enhanced.