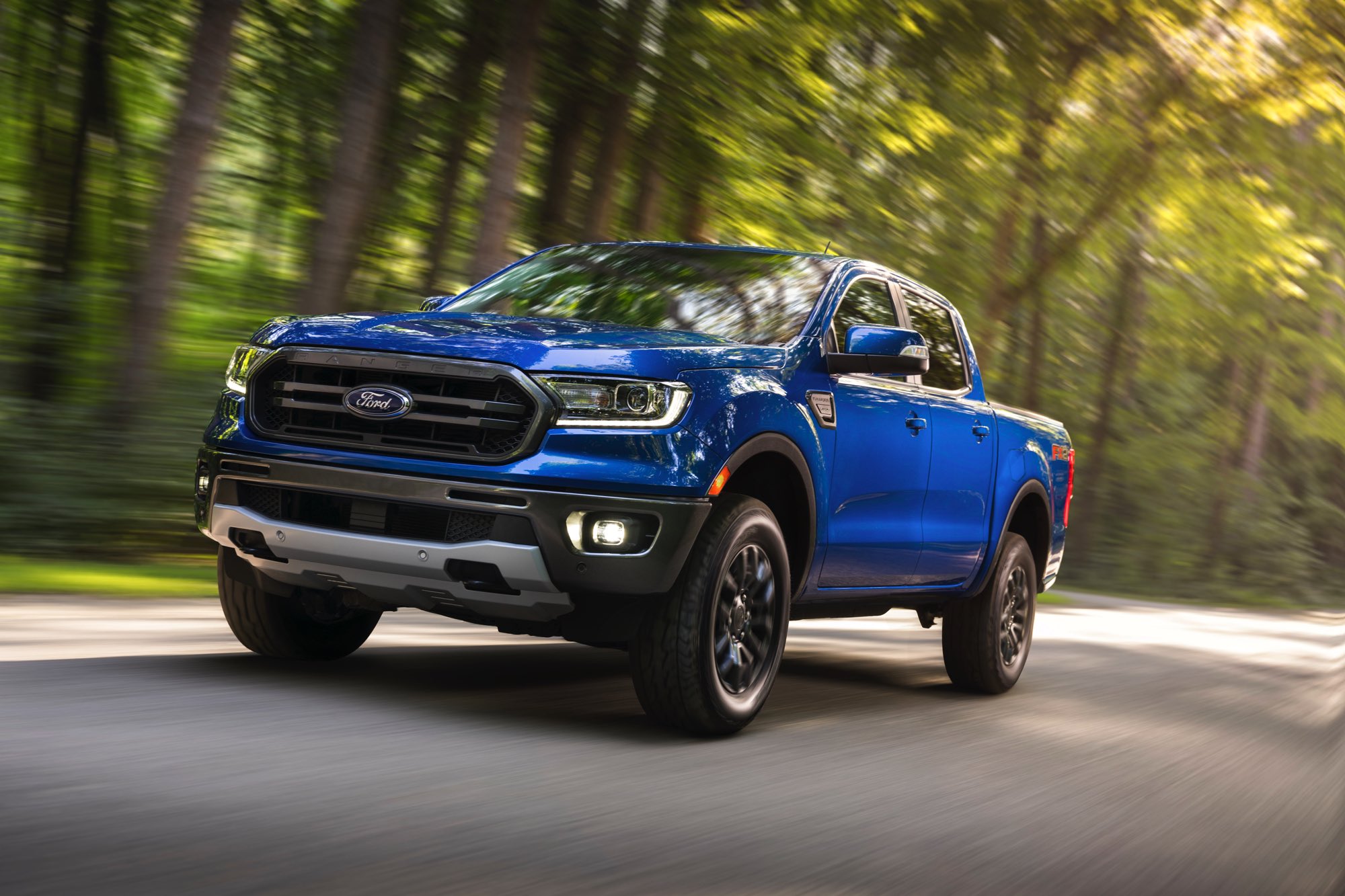 At one point not that long ago, they were regarded as ‘compact’ trucks. Ford had its Ranger, Chevy offered the S-10 (and before that, the Isuzu-supplied LUV), and Dodge’s Dakota was the outlier, stretching out to seemingly reach ‘midsize’ proportions. All could be lifted and bulked up, be it for work or – more likely – play. But in their civilian, commuter configurations they were small, efficient and, well, benign. So, with its new, upsized Ranger, Ford has effectively said goodbye to small and, of course, benign. This is 2019, and still nothing says success like excess.

The Ranger’s DNA goes back to 1972 and the Mazda-based Ford Courier. Compact pickups were something the Japanese were selling successfully, and as Boomers fully came of age the compact pickup fit – literally and figuratively – where the fullsize, still-agrarian pickups weren’t fitting. The compact pickup supported small businesses, activity-oriented consumers and established families in need of a third, do-it-all vehicle. At the onset of this country’s first OPEC crisis (remember those?), the compact pickup segment became golden.

Almost forty years since its Mazda-based debut and, after 2012, its Ford-engineered demise, Ford’s Ranger has been revived as a midsize SuperCrew (2-door extended cab) or SuperCab (a 4-door crew cab). While the 3rd-gen Ranger offered wheelbases between 112 inches and 126 inches, today’s Ranger offers but one, and that one is 127 inches long. And while the earlier Ranger stretched between 188 inches and 203 inches, the newest Ranger is now 211 inches.

Notably, these numbers don’t begin to tell the whole story. Parked beside my son’s 2011 Subaru Forester in our driveway, the test Ranger – the FX4 off-road package affixed to a Lariat SuperCrew – absolutely dwarfed the Forester, a vehicle that, with a bed, would make a very nice compact, unibody pickup. In contrast, the newest Ranger imitates the footprint of an F-Series Ford of perhaps the early ‘00s, leaning more toward fullsize than a middie.

If putting its enlarged footprint into perspective sounds too negative, know that I see the new Ranger as one damn nice truck. While the step-in, with the FX4’s raised ride height, would be a stretch for my 89-year old mom (or 6-year old grandson), once inside the 4-door cab four adults will be comfortably accommodated, with adequate head, leg and shoulder room. That shoulder room dimension is tighter than you’ll find in today’s fullsize pickups, and legroom is more constricted, but if it’s typically just you and one other passenger that difference is academic. Right? If traveling, however, with an NBA team you’ll not want to commit to 84 monthlies on the Ranger.

Under the Ranger’s hood is, at the moment, but one powertrain; happily, it’s a good one. Ford’s 2.3 liter EcoBoost four delivers 270 horsepower and 310 lb-ft of torque on 87 octane. The response from even mild throttle inputs is terrific, although I didn’t have a full load or 5,000 pounds of trailer when tipping in with those mild inputs. And in combination with a stiff structure and reasonably compliant suspension, on trips down the highway the Ranger SuperCrew is almost carlike in its composure, while SUV-like in its efficiency. The EPA estimate is 20 City/24 Highway/22 Combined, and our fuel computer showed an even 22 in the week we had it.

With a base of $38K, and an as-tested window of almost $45K (with Lariat trim, FX4 off-road package and destination), the Ranger doesn’t impress us as a great buy, unless – of course – you’ve been considering a King Ranch F Series at $60K or more. If it was our time in the dealership we’d order a mid-level Ranger XL, possibly as a 4X2. With about $2500 in options, and $500(!) in incentives, that gets me out the door at just under $30K. And for a midsize truck in an almost fullsize wrap, that seems about right.