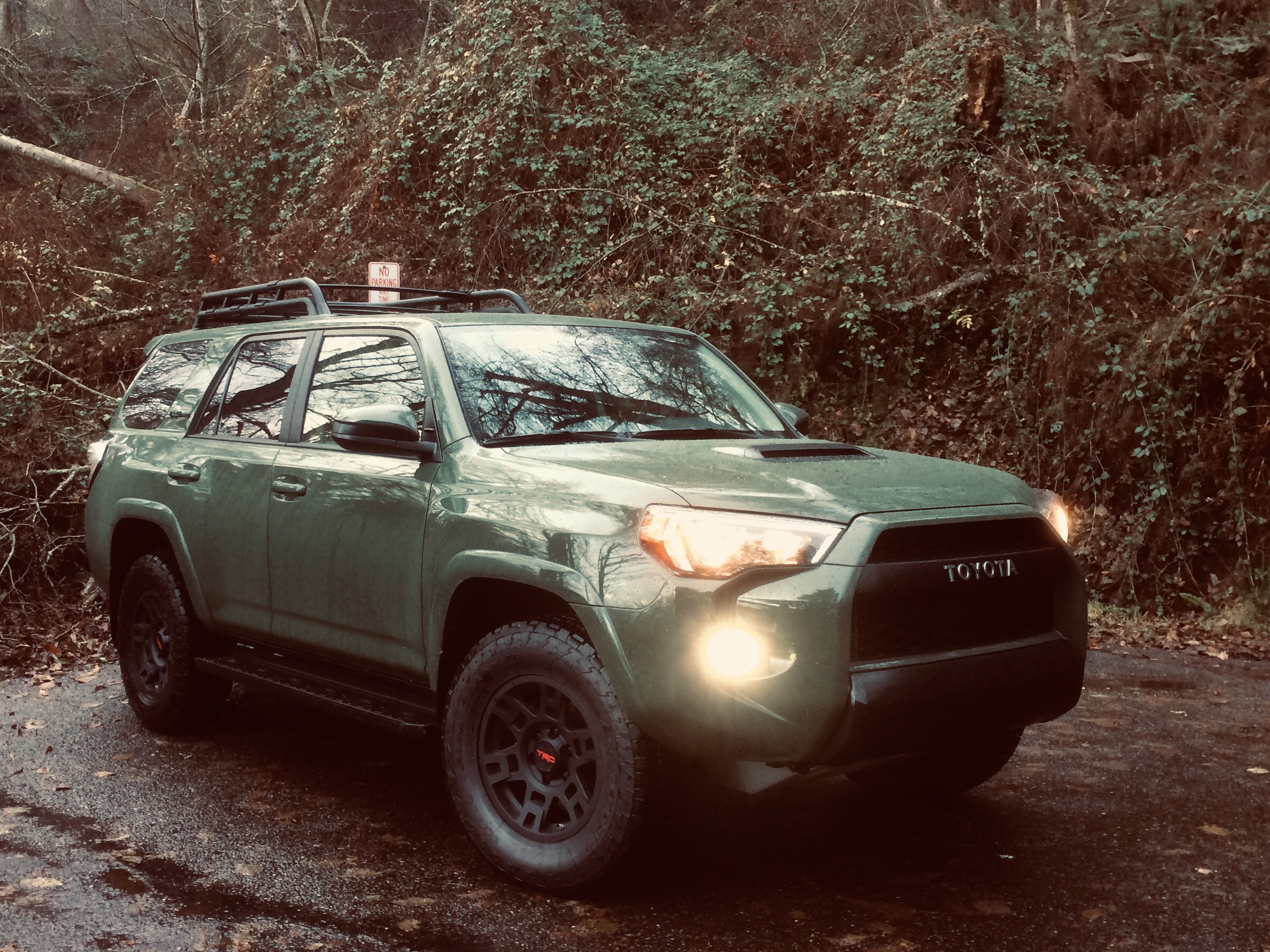 An Army of One

Seattle – It’s New Year’s Day, and I’m on a packed airport shuttle, sitting in the back row. The guy next to me mentions that he likes my 4Runner, and while that doesn’t come as a surprise (the press vehicle wears its Army Green well), given the ubiquity of the 4Runner in the Pacific Northwest his comment comes as a surprise. This new 4Runner is not, after all, Toyota’s all-new Supra, and it sure isn’t Chevy’s new Corvette. Beyond its ubiquity, of course, is the 4Runner’s take-it-to-the-bank solidity and reliability, and at the beginning of a tumultuous decade there’s a lot to be said for solidity and reliability.

When I ask what the-guy-that-likes-the-4Runner drives, he mentions his wife’s new Nissan Rogue. And that, of course, was predictable. While Americans love their body-on-frame SUVs, they’re buying – as a group – unibody crossovers, with the higher hip points of a true SUV and the efficiency of a taller hatchback. There’s nothing wrong with that formula, unless you enjoy the allroad/offroad capability of a true 4X4 – and plan on holding onto your purchase for longer than the payment period. For those guys and gals, Toyota continues to build its 4Runner.

Introduced in the fall of 2009 at the State Fair of Texas, today’s 4Runner is now in the eleventh year of its 5th generation. And that, kids, is long in the tooth, even for a body-on-frame SUV. Admittedly, I continue to have an affection for old school architectures (Nissan’s Frontier – I think – is in its 15th year – and I’d still recommend buying it), but I’ll admit to having had less affection for this current generation than I have for the one that preceded it. The 4th generation 4Runner, which Toyota stopped building after 2009, offers a lithe, athletic character this one lacks, and the available V8, shared with the Lexus GX 470, makes the 4th generation a keeper, while in today’s 4Runner the only available powertrain, a 4.0 liter V6 ‘boasting’ 270 horsepower and 278 lb-ft of torque, is – instead – a bit of a sleeper.

With all of that, the two-box architecture of the 2020 4Runner, especially when sporting the available Army Green palette, continues to look good, affirmed by the guy in the shuttle. You wouldn’t call it lithe, and the chassis – especially when the 17-inch all-terrain rubber is fitted – is far from athletic, but the sheetmetal provides an implied solidity that’s backed up with Toyota’s engineering and assembly. This is the SUV you park outside, rarely wash and perform the most basic elements of preventive maintenance, and it will still deliver an ambling coast-to-coast tour at the drop of a safari hat.

Inside, updates to gauges and infotainment have the ‘this-has-been-added’ feel that us analog types find endearing, while you ‘moderns’ will find it lacking. There’s adequate room for five, and an optional third row will expand that number to seven. The cargo area allowed three adults and one 6-year old adequate room for too much luggage, while an abbreviated roof rack could have taken another suitcase or two. With that, the 4Runner is rated to tow 5,000 pounds, a perfect number for pull a flatbed trailer with a couple of cots and a hot tub.

On the road, the ride/handling compromise seems about right, while the all-terrain rubber adds a less-than-precise feel to steering inputs. And the 4.0 liter V6 is in desperate need of a TRD-supplied turbocharger, or the option (which Jeep is now offering in its Wrangler Unlimited) of a turbo diesel. This is, in 2020, simply too little engine for too much body-on-frame SUV. Once you’re up and on the highway the performance is adequate, but getting there takes too much patience for this guy, now in my third trimester.

At around $40K, the 4Runner SR5 Premium still offers a viable value. At the TRD Pro’s $52K I’d probably shop for a late model Land Cruiser. Or I’d wait for the inevitable redesign, which has to hit showrooms at some point. You’d think.

On Road and Off Road – The 2020 Mazda CX-30 AWD First Drive
Volkswagen’s Golf R: THE ‘R’ IS FOR REPRISE
Event Calendar