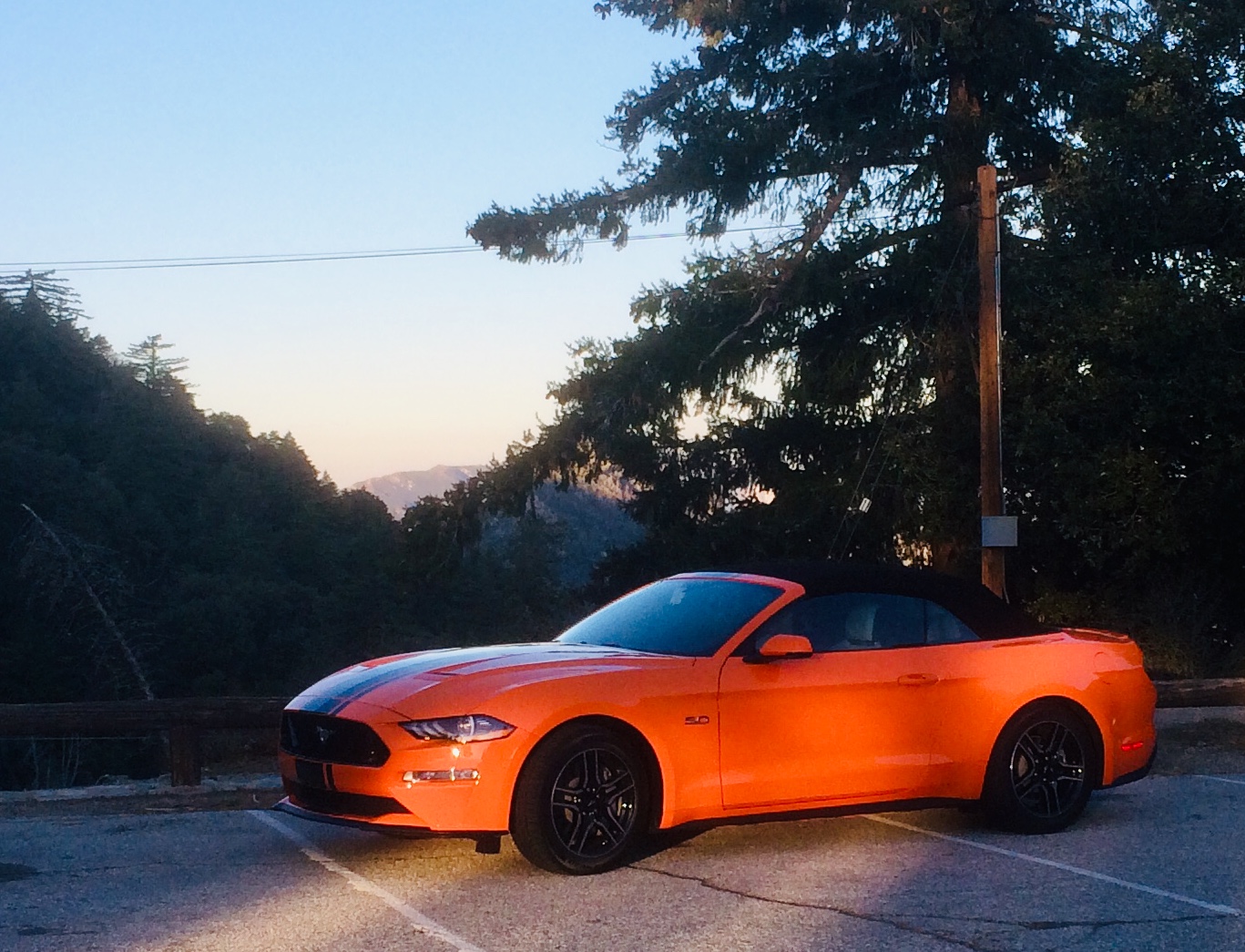 Can We Drive Fifty-Five?

As its dash plaque tells you, 2020 is the 55th year of Mustang production. Introduced at the New York City World’s Fair in the spring of 1964, Ford’s Mustang was an automotive homerun. Compared to Ford’s more pedestrian Falcon, which donated many of its underpinnings, it was Kennedy vs. Goldwater, the predicted presidential matchup in 1964 prior, of course, to the assassination of JFK.  Or put another way, it was the Beatles vs. the Beach Boys – and as much as I personally enjoyed Surf City, to a budding car enthusiast it couldn’t compare to the Mersey beat…or Motown.

Fifty-five years later, Kennedy’s Democrats are pondering Bernie, while Goldwater is spinning in his grave (at 10,000 rpm) when considering Donald Trump. Amidst all this, Ford’s Mustang marches on with fully independent suspension, an available 460 horsepower V8 and, in GT convertible guise, a $50K window sticker. And while the appeal of the Mustang isn’t as broad-based (or volume-oriented) as it was in ’65, the appeal remains real and every bit as visceral.

At my Cars and Coffee, there’s a (newish) base Mustang that’s regularly displayed. At around $30K with its 2.3 liter EcoBoost hooked to a manual trans, it has undeniable appeal for those looking for accessible performance and, not incidentally, a new car warranty. And while boasting – if that’s the word – a larger footprint than Mazda’s Miata or Subaru’s BR-Z, there’s a lot to like in the fun formula provided by Ford.

At the other end of the Mustang spectrum is the GT, if (of course) you forget about those ponycars coming from Shelby American. In coupe guise a V8-equipped GT is one badass piece of muscle. And the muscle descriptive is apt, as the ponycar of today could more accurately be described as a muscle car; all three – Mustang, Camaro and Challenger – offer footprints more in line with the GTOs, Fairlanes and Chevelles of the ‘60s than those that originated the ponycar phenomenon. With the styling revisions of the current Mustang, you have a hood that seemingly goes on forever, along with a generous trunk that can accommodate real luggage. In between are passenger accommodations which remain comfortable for two and tight for four, even if – with the convertible top retracted – headroom won’t be an issue.

Behind the wheel, the Mustang GT is everything you’d want from the muscle car experience. You can’t really call it refined, but then, that’s not why we’re here. With the pedal to the metal, the response is as immediate as you’d want (you can dial up Normal, Sport or Track), while the chassis does a reasonable job of disguising – if not exactly minimizing – the GT’s curb weight. In football parlance, think of it as a reasonably agile linebacker or tight end, not (notably) Richard Sherman or Odell Beckham, Jr.

On the highways and byways of Los Angeles where this was driven, a Mustang convertible establishes a strong connection to the scenery, given the area’s 300 (or so) days of perfect weather each year. In other climes it won’t work as well, and I think I’d opt for the coupe.

With all of that, after 55 years it might be time for Ford to expand the Mustang template. With the addition of the all-electric Mustang Mach E, I’ll suggest a 4-door take on today’s gas-driven 2-door, something to slot against Dodge’s Charger, which serves in the FCA lineup as a stablemate to the 2-door Challenger. A 4-door Mustang would make the Mustang’s larger footprint easier to rationalize, while also – we’ll guess – being less expensive to insure. And it’s not too much of a stretch to think Ford could double its annual Mustang sales with a relatively modest investment.

As it sits, I’m gonna’ go big, opting for Shelby’s GT350. Or I’d go small, finding it almost too easy to love a $30K Mustang with four boosted cylinders and Ford’s performance pack. The GT convertible sits smack in the middle, and for its $50K price point you just gotta’ like the middle.