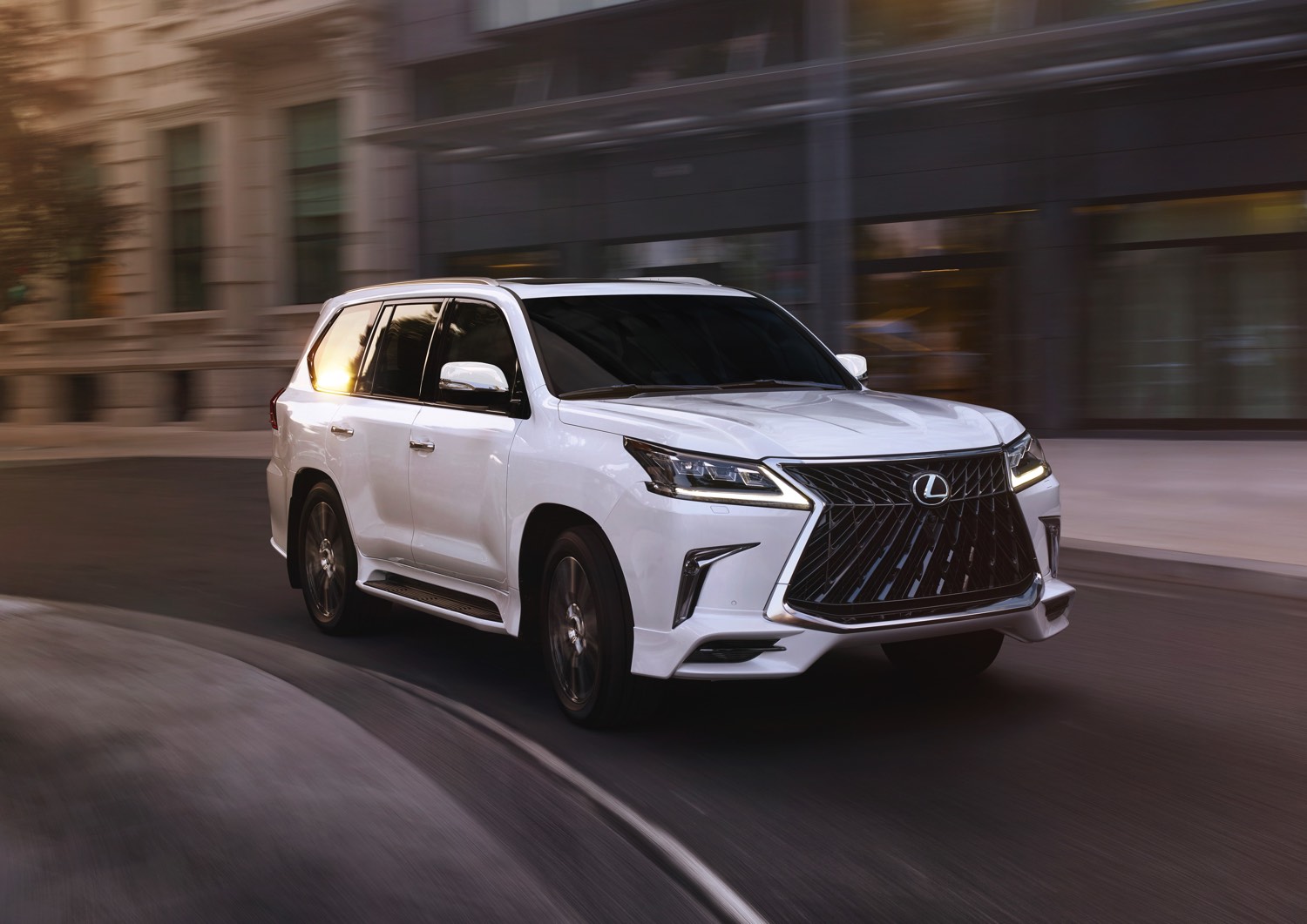 IN THE BETTER ZIP CODES

I’ve never had the opportunity or privilege to drive a tank or an armored personnel carrier, but for the last week I did drive something arguably as tough and durable. And, notably, this SUV gets (or would seem to get) about the same gas mileage as an armored vehicle.  It was the 2020 Lexus LX 570.

The LX is the Lexus version of the Toyota Land Cruiser.  Over-engineered to tackle any environment – from the Sahara to the Arctic – the Land Cruiser is popular in regions where roads and climate conditions don’t allow easy access to repair facilities.  Here in the U.S., however, its popularity has dwindled considerably over the years, although older models are sought after by collectors. In the States, Land Cruiser annual sales twenty years ago topped 15,000, but today they barely reach 3,000. By contrast, the slightly more expensive Lexus LX sales regularly top 4,000 on an annual basis.

The Lexus LX I tested had an MSRP of $103,330, which added roughly $12,000 of options.  Those extras included both the Sport Package, outwardly identifiable by a distinctive front fascia, as well as the Luxury Package, which adds even more luxury to an already upscale interior. A 19-speaker Mark Levinson Audio System was the cherry atop a very nice SUV.

The only available powertrain in the LX 570 is a 383 hp, 5.7 liter V8 mated to an eight-speed transmission.  With full-time 4WD, the LX gets fairly horrible (or deplorable) fuel economy estimates of 12 City and 16 Highway. It can, however, get you up a mountain without much strain, although I doubt many $100k LXs will ever venture far off-road – unless your valet borrows it for a couple of hours.

The LX 570 can call itself a true SUV because it’s assembled using a body-on-frame platform.  Its multi-terrain system gives you control over varied landscapes, dialing in and adapting the LX to different types of terrain. It also has slow-speed crawl control for sure handling, should you ever find yourself (or, you know, the valet) driving the LX down a steep mountain trail.  It’s great that all this off-road technology is available, but most LX owners will likely just dial in the Sport feature to tighten up the SUV’s handling on the highway.

The LX’s improved interior brings the brand’s biggest SUV in line with the rest of the Lexus lineup.  There’s an impressive 12.3-inch navigation display controlled without taking your eyes off the road through the Remote Touch Interface.  Once you figure out all the features, you can split the dashboard screen into three sections to show the map, audio and climate control information at the same time.  My LX also came with a rear seat entertainment system with dual 11.6-inch screens, second-row USB ports and auxiliary controls for the air conditioning and audio. The third row neatly folds up and away to provide more cargo space

The LX is luxurious and capable, but if not looking to take the family up a mountain trail each weekend it may be more than the typical luxury SUV buyer needs. But then, so is 10,000 square feet of suburban McMansion…God Bless Lexus.