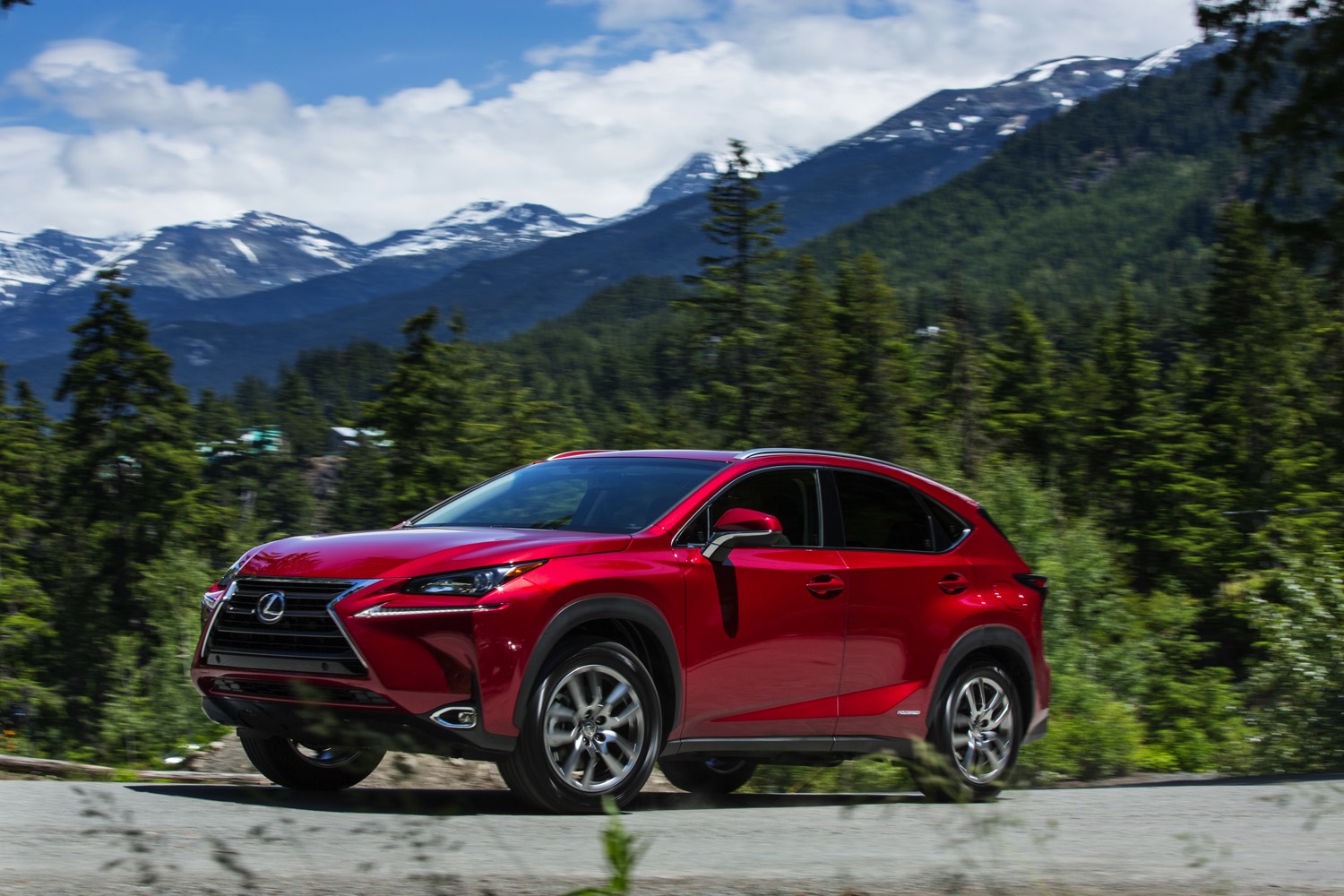 In a showroom continuing to fire on all cylinders, the Lexus SUV and crossover lineup is looking to be less than fresh. While its smallest crossover, the UX 250, is relatively new, the LX, GX and NX (large, midsize and compact, respectively) models would seem to be hitting their expiration dates, and look to get there (like your high school classmates) all at once. But there’s a small group of consumers (I’m a charter member) continuing to believe ‘seasoned’ and ‘mature’ beat the hell out of ‘fresh’ and ‘untested’. And despite sheetmetal that can still polarize, the Lexus NX continues to impress.

Sharing at least some of its footprint with Toyota’s last-gen RAV4, the NX came to the U.S. in the fall of 2014. And in the development of the compact crossover, that seems as distant as the Reagan administration in this, the Time of Trump. While boasting sheetmetal far more angular than the compact crossover which was sitting on Toyota showrooms at the time, that angularity seems to fit well on those RAV4 proportions. As I reference with almost any Lexus review, the twin spindle grille remains controversial, but on the NX it seems slightly drawn in, somewhat less outrageous. Also, the NX overhangs are minimized, while the greenhouse is sufficiently expansive to provide some degree of outward visibility.

Inside, our test vehicle’s creamy NuLuxe seating is complemented by a carefully crafted dashboard. That dash includes the info you’d want, along with an infotainment system that takes most of a week to get comfortable with. The good news? Given the age of the NX, there’s been no perceived need to add a 20-inch (or whatever dimension Tesla insists on adding) touchscreen to the NX. Its size is adequate, but not excessive.

With 71 cubic feet of interior volume, along with just under 18 cubic feet of luggage space (54 cubic feet with the rear seat folded), a young family of four should be able to hang out for a week, while empty nesters could potentially hit the road for a month. And if four saddle up, all should be comfortable, with more than adequate head, leg and shoulder room within the NX’s 104.7 inch wheelbase and 182 inches of overall length. You certainly don’t have the room offered by the Lexus RX, but the NX seems far more nimble, which explains the NX moniker: Nimble Crossover.

Our test vehicle, the NX 300h, boasts a hybrid drivetrain and, as a result, a semblance of efficiency. You won’t confuse its EPA estimate of 33/30/31 with Toyota’s Prius; neither would I confuse it with my wife’s Grand Cherokee. But then, the hybrid’s 194 total horsepower and 9 second 0-60 time won’t be confused with the Jeep’s Hemi V8 and effortless response.

If there is a rub with this hybrid formulation, it’s that an EPA estimate of 31 Combined seems, in 2020, relatively lackluster when 40 miles per gallon is increasingly commonplace. And as the market anticipates a redesigned NX, Toyota launches this summer a RAV4 Prime PHEV with 39 miles of electric-only capability and a 0-60 of under six seconds. Pricing for the new RAV4 hasn’t been announced, but you can assume it will be no greater than the NX 300h’s $40K to $46K price point.

If shopping the Lexus showroom, I’d be inclined to consider the more pedestrian 2.0 liter turbocharged four, which takes a hit on the EPA’s test cycle but is demonstrably more responsive. And while $40K certainly doesn’t kill the NX’s chances relative to BMW’s X1 or Audi’s Q3, you’ll find a wide selection of the same crossover amongst a Lexus dealer’s pre-owned inventory, with price points comfortably below $30K. I’d let somebody else take the initial hit, ‘cause a $15K savings can buy one heckuva lot of gas.