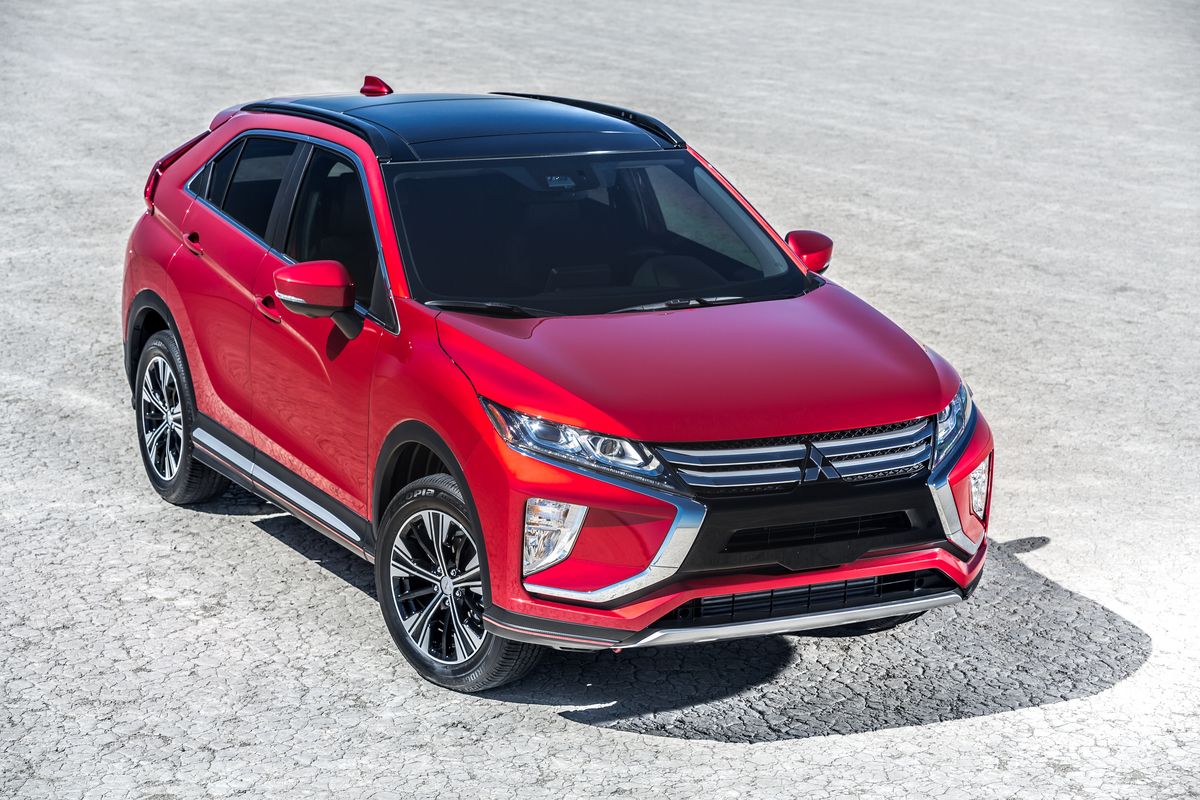 A Total Eclipse of the Heart

You’ve probably noticed, but it’s worth repeating – especially if, like me, you have a hard time remembering your last coffee break. But in an era of Twitter, which sits on top of 24-hour news cycles, we don’t pay the attention to institutional history we once did. In previous eras, even with the advent of TV, we relied on history to inform the present and, perhaps, portend the future. Today, history is often relegated to the footnote, most visibly – at least for purposes of this review – by brand managers at major car companies. Exhibit A: Mitsubishi’s Eclipse Cross.

The Mitsubishi Eclipse, available as either a coupe or convertible, was – in many respects – a keeper. But of course, given the mercurial nature of the coupe market, Mitsubishi didn’t keep it. Offered in the States from 1990 (when it was launched along with the Eagle Talon and Plymouth Laser), the Eclipse seemed to offer an adult take on the ‘sporty’ Japanese coupe. And while the convertible adaptation wasn’t launched ‘til almost the end of its last product cycle, both coupe and convertible continue to look good (to this set of eyes) almost a decade later. So, among Mitsu enthusiasts – and there remain dozens, if not thousands – the Eclipse moniker continues to represent a 2+2 coupe, and not (notably) a compact crossover.

Mitsubishi’s marketing execs, however, disagree. In a vein similar to Maserati affixing ‘Ghibli’ to a 4-door sedan when its history was a 2-place GT, or – more recently – Ford hanging ‘Mustang’ on its new EV, Mitsubishi has taken the Eclipse tag, added ‘Cross’ to it, and given us a compact crossover they dub Eclipse Cross. Who knew Japan had an opioid crisis?

Thankfully, despite the convoluted rationale of the tag, the end product is attractive. With a footprint closer to the compact crossovers of a few years ago (which have since swollen to become midsize crossovers – think CR-V and RAV4), the Eclipse Cross offers a nice tossability that the bigger crossovers no longer afford; they’re admittedly comfortable and composed, but they’re really not chuckable. And despite its coupe-ish profile, the Eclipse Cross feels upright and reasonably expansive behind the wheel, with good sightlines, even with the Mitsu’s spoiler bisecting the rear window.

Inside, Mitsubishi makes a credible attempt at being contemporary. Our top-of-the-line SEL had virtually all of the tech you’d reasonably expect in an infotainment system, while available nanny aids are included in the SEL, but don’t make the cut in lower trim levels. Also optional – at a price of $2700! – is the Touring Package, which gathers a panoramic sunroof, Rockford Fosgate audio, adaptive cruise, heated rear seats and roof rails into one easy-to-check option box.

Under the hood, Mitsubishi doesn’t shortchange you; all trims come with a 1.5 liter turbocharged four. And while the horsepower is a modest 152 horses at 5,500 rpm, the torque is respectable: 184 lb-ft between 2,000 and 3,500 rpm. Driving through an 8-speed CVT to the front wheels or all wheels, acceleration is adequate and highway cruising is relatively relaxed. Don’t go racing for the pink slip, but you needn’t fear merging or passing.

If there’s a disconnect within all this competence, it’s the Eclipse Cross’ EPA estimate. A rating of 25 City/26 Highway/25 Combined is well short of what I’d regard as credible for a compact crossover. Mitsubishi offers hybrid tech in its larger Outlander, and it would be transformative if fitted to the Eclipse Cross. It will happen, but why shouldn’t it happen now?

At the end of the day, I think a great argument can be made for the base ES trim with all-wheel drive, sitting on showrooms at around $25K, and leasing (over 48 months with roughly $4K out of pocket) for under $250 per month. If you opt for the SEL with all-wheel drive and that Touring Package, you’re investing almost $33K; if spending over $30,000, know you can find better products with established resale and a wider dealer network. But then there’s also Mitsubishi’s 10-year, 100K mile powertrain warranty to consider, along with the intangible of owning something somewhat unique in American’s automotive maelstrom.

My son, the owner of a 9-year old Subaru Forester, liked Mitsubishi’s Eclipse Cross quite a bit. If offered as a hybrid, he could – he thinks – plug in.