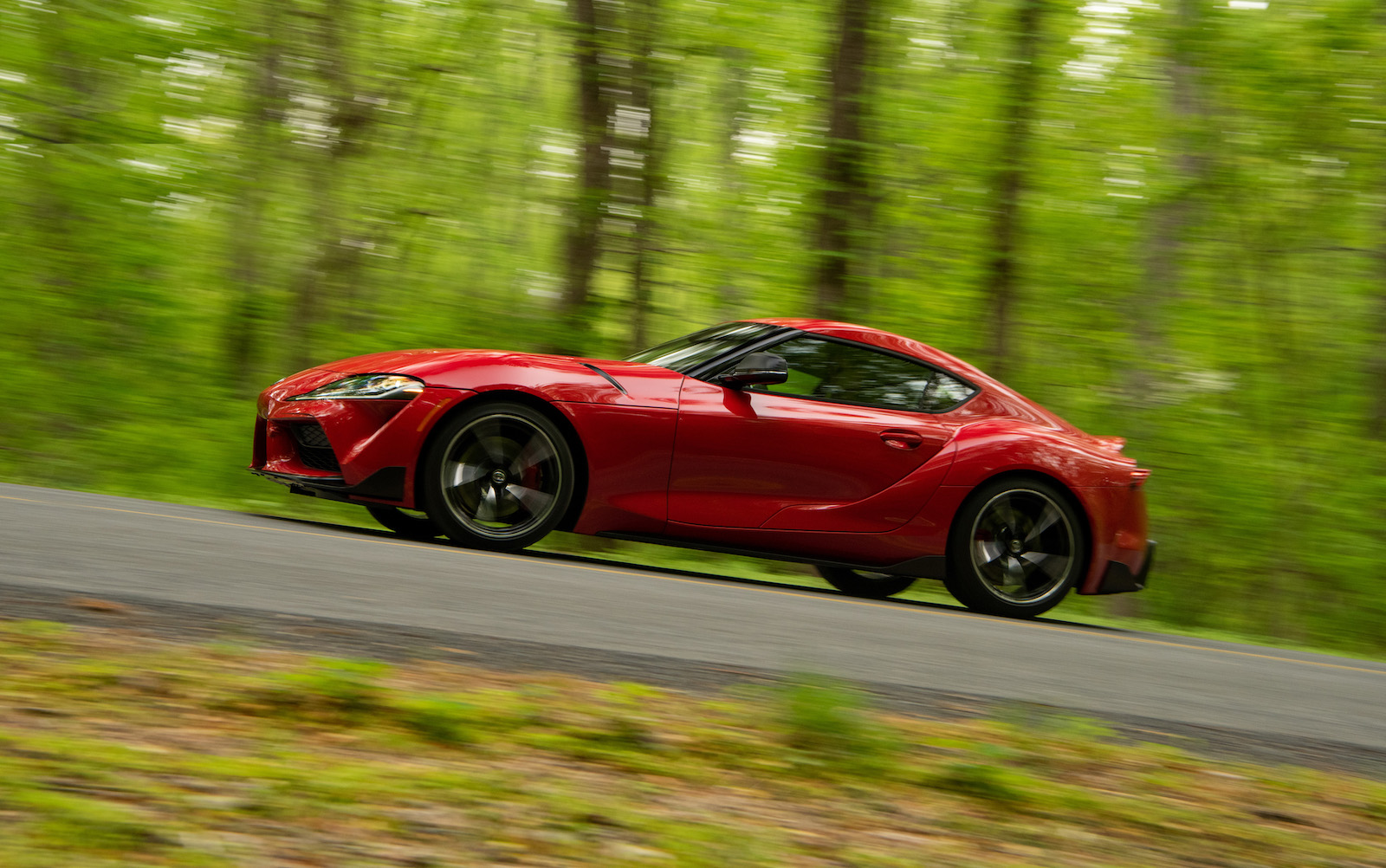 In the summer of 1967 – and still two years from a license – my automotive tastes had been formed by the pages of Road & Track, along with the automotive perspective of Tom McCahill, whose reviews were found between the covers of Mechanix Illustrated. Tom was a big guy, but that hadn’t kept him from reviewing the Lotus Elan. And while back in ’67 Toyota had a relatively small presence in the U.S., that didn’t keep R&T from reviewing Toyota’s 2000GT. In the 2000GT I saw the almost perfect blend of Elan agility and E-Type dynamic. In 2020 you could arguably make the same conclusion when considering Toyota’s all-new Supra.

Fast forward to around 1994, and I’m behind the wheel of Toyota’s 4th-gen Supra, known by its many fans as the A80. And somewhere on Highway 67 between Midlothian and Cedar Hill I touch 130 before slowing down and not going to jail. The solid character Toyota’s Supra exhibited in a high-performance circumstance was still new for a Japanese marque at the time; the Supra outperformed both its perception and the competitive reality. Some twenty-five years later, this newest Supra is set to repeat the process.

On the walkup you know – to pull a too-often-used cliché – the new Supra means business. It is long and lean, without any excess length, width or height. In short, its proportions are that of a classic GT and not, notably, your father’s muscle car. The cockpit sits back on the chassis, the hood – housing a BMW-sourced inline six – seems impossible long, while the rear hatch and cargo area is only as long as necessary.

While delighted by the Supra’s overall form, I’m less enamored with all that Toyota’s design team subsequently threw at that form. In looking at photos of Toyota’s FT-1 concept, which served as the blueprint for the production Supra, basic proportions remain intact, but seemingly every air intake on the FT-1 concept becomes a fake intake on the subsequent Supra.

Automobile magazine’s design analyst, Robert Cumberford, filled a couple of pages in his critique of the new Supra, much of it negative. But Cumberford, like myself, ended up finding the end result surprisingly attractive. His take: “So instead of what I described five years ago as ‘a three-dimensional sketch’, which is all the FT-1 (concept) was, we now have a reasonably priced GT that’s still a mess stylistically. And still very attractive.”

To its credit, the omnipresent fakery is muted if you can opt for a dark color; regrettably, I’m given to silver, and the light silver Toyota offers almost heightens the slot here and plastic cover there. But anytime I walk up to it I’m excited, wanting to get behind the wheel.

Mr. Cumberford also took issue with the interior, as it was considerably dialed back from the concept shown in 2014. His main complaint – and mine – was the lack of variation; it’s all black, with almost nothing breaking up that dark continuum. The better news is that it fits, although if you’re over six feet getting in won’t be easy. But once inside most things fall into place, both visually and ergonomically.

Under that long hood is what has had – since the production car was first shown in Detroit 15 months ago – the fanboys screaming: BMW’s 3.0 liter, twin-turbo inline six. This, of course, is there because the Supra shared development with BMW’s own 2-seater, the Z4 convertible, and is built alongside it. As you’d know, the BMW inline six is iconic, and its 335 horsepower and 365 lb-ft of torque do everything asked of them. But for Supra loyalists the adaptation of a German powertrain in a Toyota platform is blasphemy, the Axis of Evil. We, however, quite enjoyed it.

Driving through an 8-speed automatic (no manual is available – but should be available) the engine’s hook-up to the rear wheels is oh-my-God immediate, and it just keeps rolling. Of course, this being 2020, if you want to commute to work as Clark Kent go ahead, but don’t jump on Superman’s cape; here, behind the wheel, you can simply be Superman.

After go comes, of course, stop. And the ‘stop’ is provided by Brembo 4-piston calipers in front, along with ventilated discs in back. Suspension is all-independent – MacPherson struts in front, combined with a multi-link set-up in back. And the Supra’s ability to hold a line is absolutely Velcro-like.

All of the platform’s polish was pulled together by Toyota GAZOO Racing, the umbrella for Toyota’s global motorsport program. As Toyota informs us, starting with the new Supra GAZOO will provide what it learns on the track to what Toyota builds in the plant, not unlike what Shelby American has done for Ford or AMG has done for Mercedes. And ‘GR’ becomes the sports-focused nomenclature.