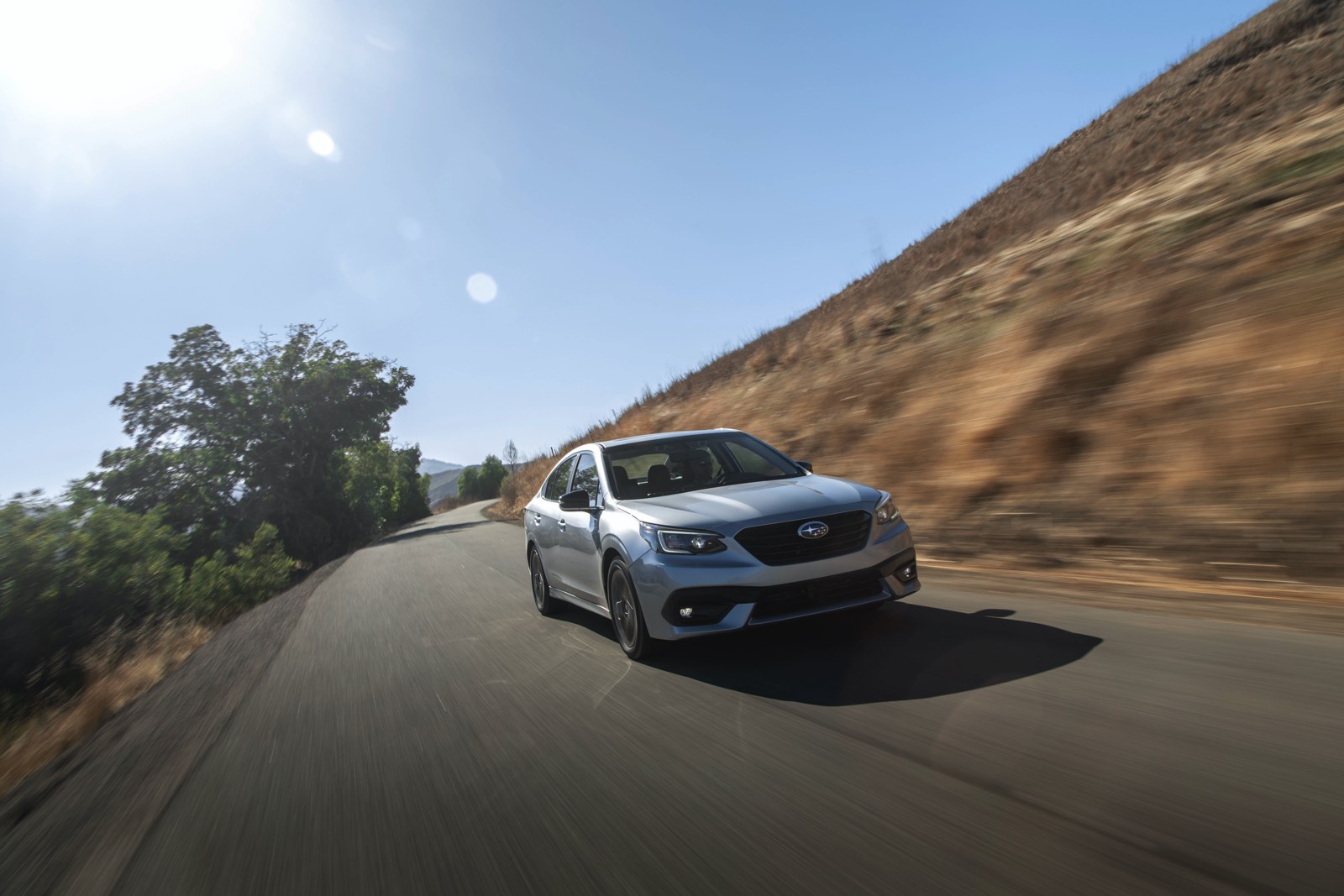 Legacy Gets a Lift*

*Without, of course, an actual lift…

If you know your history or, like me, have lived the history, you’ll remember that when Japanese OEMs began producing sedans it was a pretty big thing. Long known for their compact hatches (Honda’s Civic), sporty coupes (Datsun’s 240Z) and the compact truck (Toyota’s Hilux), entering the 4-door frontier was a product and marketing leap that took one helluva lot of confidence by those Japanese brands. And while Accord and Camry garnered the bulk of the market’s attention, lurking in the wings was Subaru’s all-wheel drive Legacy.

Now in its 7th generation (and still – at least figuratively – lurking in the wings), the Legacy is now offered with an upscale spec and vastly improved performance. It might be time for a more prominent role in the Subaru showroom…while, of course, we still have sedans.

Although no longer a Subaru owner, my wife and I purchased a new Forester in the fall of 2011, and later a 2014 Crossover. The Forester, with just under 100K miles, remains in the family – our son bought it from us roughly two years after we purchased it. In both transactions, made to fill the need for a second car, not once did we consider a Subaru sedan. We wanted the utility of a hatchback, and the slightly higher hip point that came with both the Forester and Crosstrek. I’m sure a Legacy sat on both showrooms (Fullerton, CA and Dallas, respectively) but we didn’t take a look.

The all-new Legacy, however, deserves a look, and more than a passing glance. And to be honest, if given just the passing glance this new Legacy will probably be overlooked. Its conservatively rendered sheetmetal conveys a whiff of UJS (Universal Japanese Sedan), but its relative blandness could also speak to the Legacy’s Indiana manufacture. A relatively high beltline is augmented by a fairly generous greenhouse, while an innocuous grill represents a nice contrast to those executed by Toyota and, to a lesser extent, Honda and Nissan. The overall impression is of a front-wheel drive/all-wheel drive platform designed by Acura in – I’ll guess – the ‘00s. The Legacy is attractive, but you won’t buy this one for its sheetmetal.

Inside, an almost German theme is seen in the design of the front buckets. In our test Limited the heated front seats are covered in perforated leather, and accented by contrasting stitching, which is also applied to the lower dash and doors. Within the confines of our stay-at-home order I didn’t have a chance to give the Legacy an all-day test, but initial impressions suggest all-day comfort. And happily, it doesn’t take all day to decipher the Legacy’s audio and HVAC systems; this despite their location on a centerstack with the proportions of a downtown Dallas highrise.

Under the hood, Subaru provides you with two drivetrain options – one is wholly predictably, while the other is simply holy. Our Limited was endowed (if that’s the word) with a normally aspirated 2.5 liter horizontally opposed four, delivering 182 horsepower and 176 lb-ft of torque. Had these 2.5 liters been installed in our ’14 Crosstrek we’d still have the Crosstrek, as it would have been great in that compact crossover. Instead, the Crosstrek came with 2.0 liters and just 150 horsepower.

This 2.5 liter in the Legacy is proportionally more responsive in the Legacy’s 3,500 pounds, but it’s not gonna’ light anyone’s fire – not yours, not mine nor Jose Feliciano’s. Better, I think, to drop the monies (or monthlies) on the optional 2.4 liter turbocharged four, taken from Subaru’s big-ass Ascent SUV. For a $3K premium – think $35K for the XT Limited – you’ll enjoy 260 horsepower and 277 lb-ft of torque, something a WRX fan with a growing family can appreciate. And given that the Legacy is first and foremost a Subaru, you have all-season capability with standard all-wheel drive.

With all of its goodness, if asked by the Subaru marketing team how they might better sell the Legacy, I’d have but one two-word suggestion: ‘station wagon’. And if they’d counter with the Outback, I’d do a Bill Withers: ‘station wagon’, repeating it 52 times.