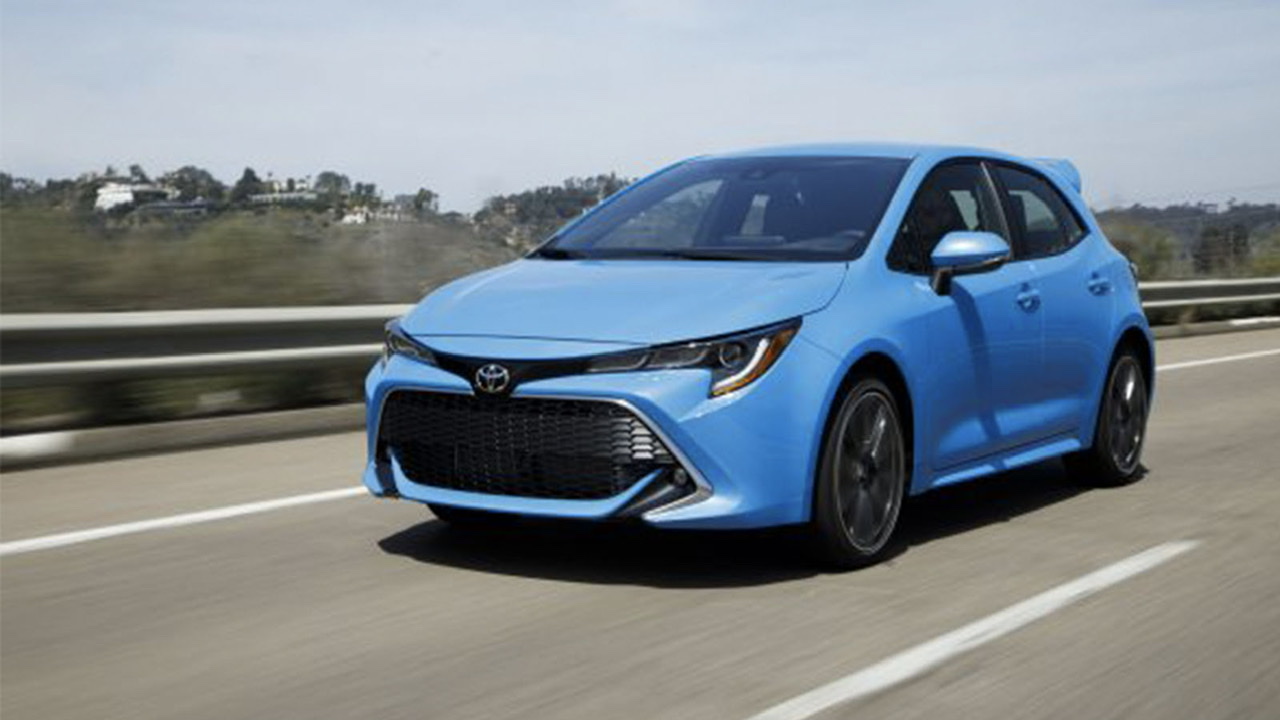 Grown Up…Until You Drive It

The Toyota Corolla nameplate has to be one of the most recognized brands in the automotive world. It’s a small, affordable car that remains a natural choice for first-time car buyers. And it’s remarkable how many older models you still see driving down the road. Earlier Corollas may not have won any awards for design, but they were tough little cars.

Corollas first appeared on American roads back in 1968, although I doubt many were bought by Texans, more comfortable with large Detroit metal. It wasn’t until the gas crisis of the 1970’s that US car buyers seriously started looking at smaller, more fuel-efficient ways to get around. Once Americans discovered the reliability of these little Japanese cars, the Toyota brand became a favorite, even in Texas.

The 2020 Corolla is part of the model’s twelfth generation, introduced two years ago. No longer a tiny econobox, this latest generation is pretty darn fun to drive. And the exterior design of the hatchback had two people at stoplights roll down their windows and ask me what I was driving. The answer drew smiles – this ain’t your grandfather’s Corolla.

The Blue Flame 2020 Toyota Corolla Hatchback XSE I drove came with a window sticker of $28,059, which is about $8K more than the base MSRP for a hatch. Two gasoline engines are offered for the Corolla, both mated to a CVT (continuously variable transmission). The base car gets the same 139 hp, 1.8 liter engine found in the previous generation, while the hatchback I drove came with a completely-new 169 hp 2.0 liter four cylinder. Thankfully, Toyota still offers a six-speed manual transmission. Yay!

The Corolla is built on Toyota’s new TNGA platform, which underpins a lot of their new products. The new structure allows for the installation of various sound-absorbing materials that give the Corolla a surprisingly quiet ride. It was far quieter than the Lexus RX (built on an older platform) that I drove a week later. The TGNA platform also gives the Corolla loads of interior space, making for a surprisingly roomy ride. This is no compact car on the inside.

My hatchback came with an optional black roof, giving the car an attractive two-tone look that works. The distinctive, aggressive Toyota front fascia has migrated to the Corolla, but it doesn’t seem as visually harsh on this smaller car. All Corolla models come standard with Toyota Safety Sense 2.0, a comprehensive suite of integrated active and pre-collision features with all the safety technology that most new car buyers insist on in new vehicle.

With gas prices hovering around the $1.50 mark – with little prospect of moving higher in the immediate future – it’s understandable that Corolla sales suffer as new car shoppers look to bigger vehicles. And that’s too bad, as it’s a great little car which deserves our attention.

The 2020 Subaru Legacy: Legacy Gets a Lift
The Lexus RX 450 Hybrid – For a quiet day in the country
Event Calendar