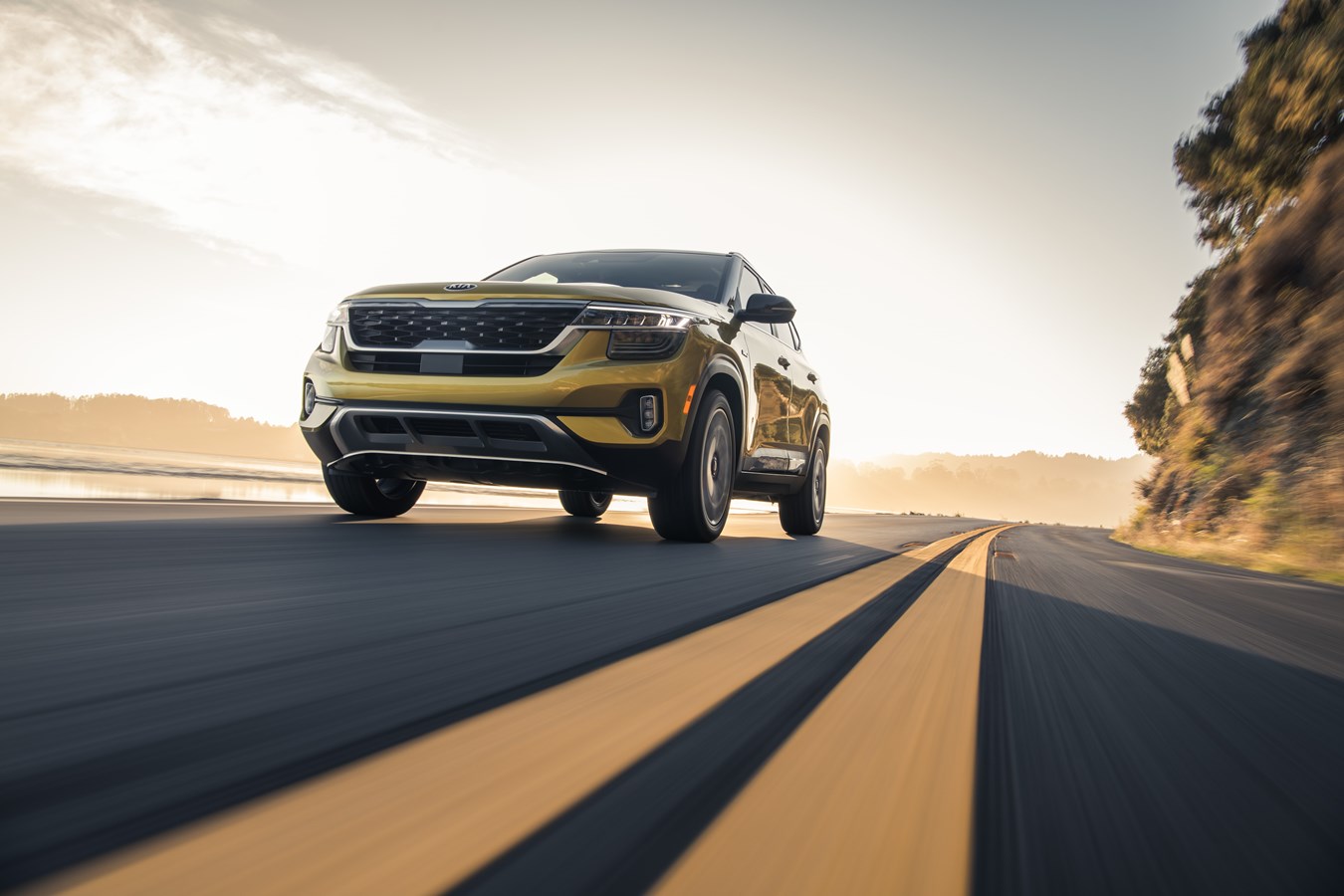 Your one car…now that you want a car

Given the popularity of crossovers, we shouldn’t be surprised when carmakers splice and dice the segment to such a degree that the space between their entries is smaller than the gap between ‘Barack’ and ‘Obama’. As but one OEM example, Hyundai builds the Venue (which, with no all-wheel-drive option, I don’t regard as a crossover – but Hyundai does), Kona and Tucson, all with price points in the low-to-mid $20s. Kia, a corporate cousin, does Hyundai one better – currently compressing within those same price points the Kia Soul, Niro hybrid and Kia Sportage, while recently adding the all-new Seltos. The Seltos, a compact crossover with available all-wheel drive, just might be the best $25K you can spend on a crossover. (But you’d have to sell your Soul…)

There’s nothing magic in the menu, as Kia pulls from an existing bag of tricks. This is an upright, two-box hatch targeted at an activity-oriented consumer. With a wheelbase of 103.5 inches and an overall length of 172 inches, that wheelbase is one inch greater than Hyundai’s Kona (with which it shares much of its platform), while overall length is 8 inches longer than the Hyundai compact. Of the two, the Seltos seems to offer the passenger and cargo volume to carry family and friends (along with their stuff), while the Kona’s more polarizing sheetmetal is perhaps the better choice to be seen in. I like them both, but the Seltos comes closer to meeting the everyday needs of one-car households.

Inside, interior plastics are a notch above what we typically get at the Seltos’ $25K price point, but then, you’ll not confuse what’s here with a $35K price point. In our test S Turbo trim, the seats were covered in a combination of Kia’s Sofino(?) leatherette and cloth, which – in dark grey – seemed to offer both style and durability. And while the shape was supportive, after roughly five hours of road trip I was looking for an alternative within – of course – CDC guidelines. To its credit, the Kia’s footprint allows for real adults to sit in the rear seat, and plenty of cargo volume (26 cubic feet) behind that rear seat.

It’s under the hood that the Seltos makes its mark. Standard power is 2.0 liters of normally aspirated four supplying 146 horsepower and 132 lb-ft of torque. It’s competitive, but driving through Kia’s Continuously Variable Transmission you won’t find it exciting. Excitement is in the 1.6 liter turbocharged four, delivering its 175 horsepower and 195 lb-ft of torque through a well-connected 7-speed dual-clutch trans and, in our test vehicle, going to all four wheels. Notably, while front-wheel-drive models ‘make do’ with a torsion beam rear axle, all-wheel-drive holds you in suspense with a multi-link independent rear suspension.

With so many choices in the compact crossover segment, where to spend your money requires a buyer to (eventually) get out of his or her pajamas and go for a drive. And given the number of good choices just on the Kia showroom, it’s easy to be overwhelmed by what’s offered from Asia, North America and – to a lesser extent – Europe. The new Seltos sets itself apart with genuine driving engagement. While you won’t confuse its on-road dynamic with VW’s GTI (whose hot-hatchness starts at about $30K), the responsiveness is far more visceral than that offered by VW’s Tiguan, despite the Tiguan having two liters of turbocharged four. And if you drive the Seltos back-to-back with the CR-V or RAV4, there’s no contest when looking at acceleration or the ease of merging onto a freeway; the Seltos wins.

If, as many expect, a post-pandemic world has people reconsidering mass transportation and – presumably – buying their first car, the Seltos is a great place to start, and should be a great place to stay. Around $20K will get you in the door, but you should spend the $25,000 for the S Turbo with all-wheel drive. And buy me a beer later.