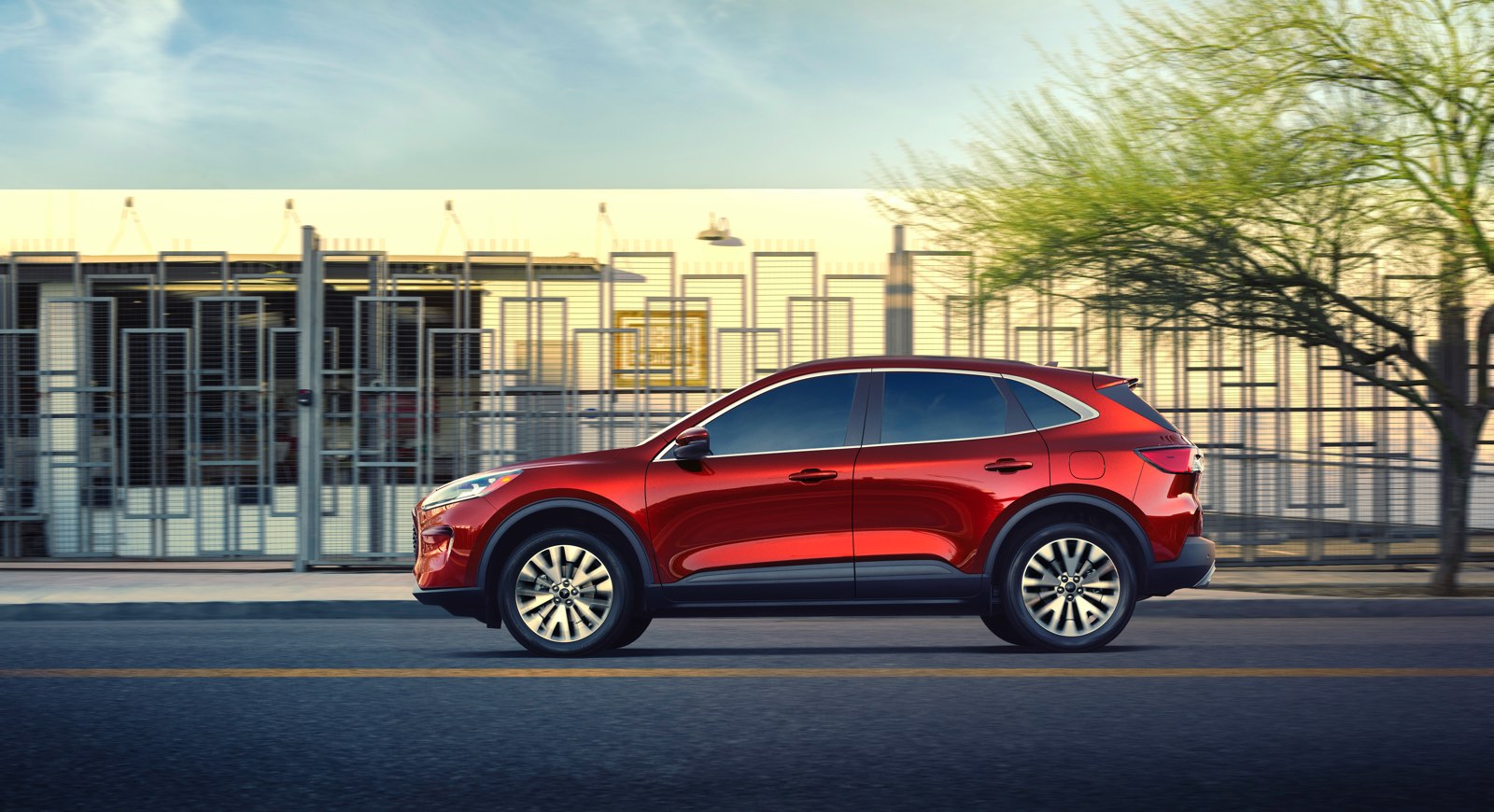 When the road you take is paved.

Hybrid. Crossover. You’d think, at this point, those two descriptives would just roll off the tongue, with no interruption. But 15 years after ford introduced its first Escape hybrid – the world’s first hybrid SUV! – it’s still, at least for me, a Hybrid. Crossover. Crossovers are ubiquitous, and hybrid drivetrains are growing in popularity, but it still takes your phone to find the intersection of hybrids and crossovers.

With its all-new-for-2020 Escape, Ford is pitching both style and substance, while the new Bronco brand – with the Jeep-fighting Bronco leading the off-road charge, while the Bronco Sport serves the suburbs – is intended for the hell-raisers. When I first saw this new Escape, at the DC Auto Show in the winter of 2019, its debut to DC-area media consisted of a regional rep pointing to the all-new Escape and saying, in effect: “Here’s the all-new Escape.” To be sure, that was months before the ‘all-new Escape’ actually hit showrooms, but in my-eyes-are-going view, the rollout was perhaps too quiet, there might have been a tad more banging of the drum.

If I was given that drum, I’d note the quietly organic sheetmetal the new Escape offers, this after years of suggesting a quasi-trail capability via an expansive greenhouse and Rover-like stance. In the walkup I’m almost thinking tall wagon rather than traditional crossover, as this new Escape just doesn’t have much in the way of offroad/allroad cues. But I like the new Escape’s stylish, substantive vibe, one that is almost Lexus-like in its execution.

Inside, our Titanium trim provided comfortable leather seating, enough headroom for your kids’ tallest friends, and over 30 cubic feet of storage behind the second row seat in the hybrid version, 10% more when Ford doesn’t have to accommodate a hybrid battery. Throw the second row down and you can easily accommodate a mountain bike with its front wheel mounted; I know, ‘cuz I did it.

Behind the wheel, most info is in front of you, and most controls are intuitive. Subjectively, the faux wood in our Titanium trim looks to have been sourced not from a tree, but Dollar Tree. And while the seating was well designed, I’m not sure I’d order light crème in a family-specific crossover. But functionally, the Escape impresses as a quiet over-achiever, ready to do anything your shopping heart desires.

Under the hood, Ford provides a host of choices. Standard fitment is a turbocharged (EcoBoost) I-3, and while I haven’t driven it, I’d be skeptical when matching 180 horsepower with the Escape’s 3,300 front-wheel drive pounds. For those of you with a Shell credit card, a better option is two liters of EcoBoost four, which throws 250 horsepower at you, along with 275 lb-ft of torque. Of course its thirstier, and premium is ‘recommended’, but if you’re here on this earth a finite period of time, it’s best to git on with the gittin’ on. Don’t we think?

In our driveway was an all-wheel drive hybrid Escape with Titanium trim. Under this hood you’ll find a 2.5 liter, normally aspirated four in combination with a hybrid powertrain. In the hybrid guise you have198 combined horsepower, and will net EPA estimates of 43 City/37 Highway/40 Combined. And while ‘40’ isn’t the ‘50’ you’ll get from some showrooms, this is an expansive crossover and not – notably – a compact hatch. If writing the check ourselves we’d probably pop for the plug-in variant for all-electric travel, or grab the 2.0 liter EcoBoost for more emotion in our motion.

And to be frank, there’s not much excitement in this take on hybrid mobility. The Escape does its job with, as Ford puts it, style and substance – and for the majority of car shoppers, that’s exactly what they want. We’ll guess the Bronco Sport with offer a hybrid, and that will add some visceral appeal. But it will probably come at a higher price point. If in your 30’s, and wanting to buy in the $30s, Ford’s Escape Hybrid will represent a viable option.