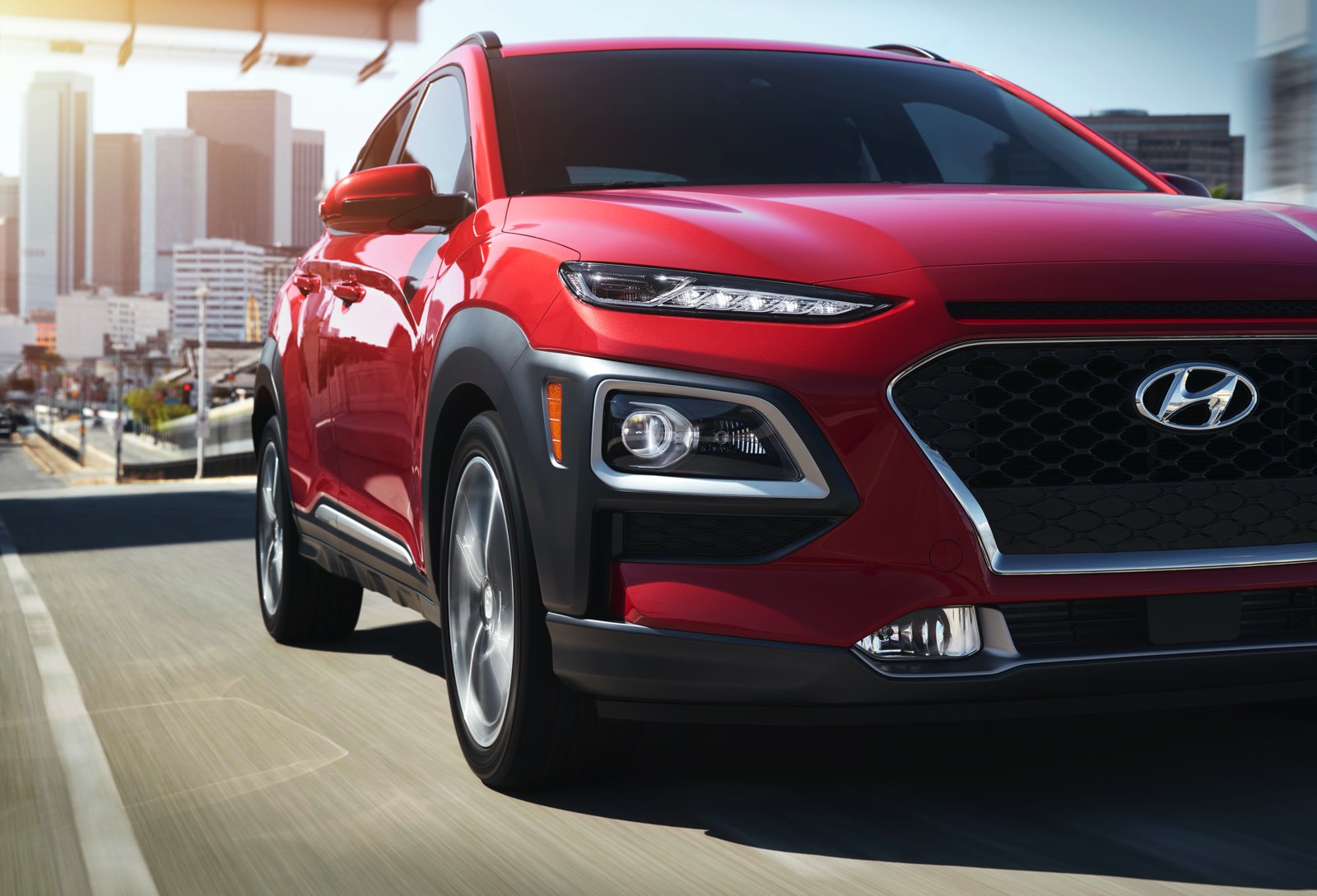 STRONG COFFEE IN A SMALL CUP

When automakers compete in a crowded segment, it’s hard for them to design a car that stands out. Last week I test drove a 2020 Hyundai Kona, and when I first saw the car I broke into a smile. This compact crossover is pretty cool looking.  And that smile just got wider while I drove it.

The car handles like a go-cart, and I had a tendency to sometimes drive it a little faster than I should have.  When my wife drove it even faster, I made some comments as a passenger that were not appreciated.  Here’s a little advice for all you married men out there: Saying “Whoa, slow down there, Cowgirl” won’t win you any points.  I’m lucky I wasn’t asked to walk home.

The car I test drove was a 2020 Lime Twist Hyundai Kona Ultimate FWD, delivered with an MSRP of $28,980.  The Ultimate trim is the top of the line Kona, about $8,500 more than a base Kona.  It has the most powerful engine offered, a 175 hp, 1.6 liter turbocharged 4-cylinder that’s mated to a seven-speed transmission. The EPA rates the combo at 28 mpg in the city and 32 mpg on the highway.  As you can already surmise, this engine is plenty peppy and moves the little crossover quite nicely.  There’s a little turbo lag that is a touch annoying at times, which is why I wish Hyundai had offered a manual transmission in the car.  Unfortunately, manuals have become a dying breed,  and few crossovers marketed here in the US offer them.

The interior is roomy if you’re in the front seat, while rear passengers should be ready to endure cramped quarters.  The seats are cloth, while other surfaces are hard plastic;  the Kona doesn’t pretend to be a luxury vehicle. That said, for less than $30K there’s a whole lot of content in this crossover.  The Ultimate trim includes a heads-up display that even shows you if someone is in your blind spot.  That’s the kind of feature that you typically see in cars costing $50,000 more.

The Kona hatchback is roomy enough to pack in a bunch of gear if you’re living an outdoor lifestyle.  This is not really an off-road crossover, although I think the Kona would easily survive a long trek down a dirt road.  Just don’t plan on taking it rock crawling.  The exterior color finds itself highlighted on several spots in the interior and with a neon-bright Lime Twist exterior, those bits of color are hard to ignore.

Crossovers are the vehicles everyone wants to drive, and the Kona is a car that loves to get going.  You enjoy the extra utility that a hatchback offers, you get a peppy powertrain that can zip you around, and you drive a cool design that looks pretty hip.  And you can get it all for less than $30k.  I hope you enjoy driving it as much as I did.