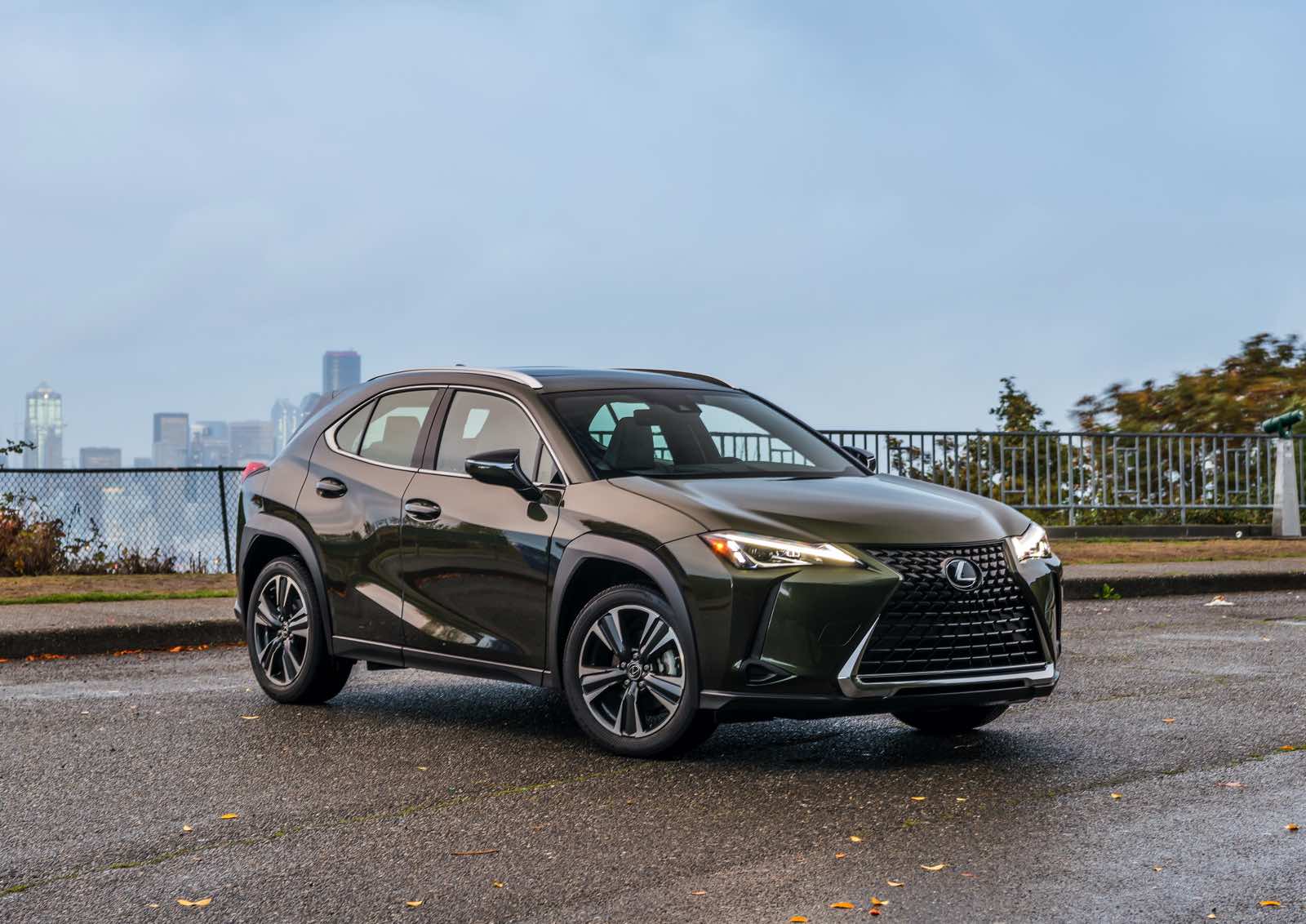 Lexus tips a toe in ‘entry-level’

Making luxury affordable is how luxury car makers entice buyers to experience their brands.  It’s sort of like getting consumers to dip their toes into the expensive carpool, while assuring them the water is fine; just jump right in.  These entry-level luxury vehicles don’t have all the bells and whistles as those costing a whole lot more, but they can have all the same branding (logos and such) to make the neighbors jealous.

The Lexus UX came on the market a couple of years ago as the luxury brand’s ‘toe-in-the-water’ vehicle.  It’s marketed as a crossover. And since it’s not very tall and a bit small, it’s a member of the sub-compact segment.  The UX is comfortable for the two people sitting in the front seat; if you only have one friend, you’re okay.  Whatever friends you have that choose to sit in the back may opt out the next time.

Last week, I test drove a bright red Redline 2020 Lexus UX F Sport that came with a $41,705 window sticker. At first glance, it really doesn’t look like a crossover due to its relatively low ride height.  There’s only one gasoline-only powered engine offered, a 169 hp, 2.0 liter four-cylinder that’s matched to a continuously variable transmission (CVT).  The gasoline-powered UX gets fairly decent fuel economy numbers of 29 mpg in the city and 37 mpg on the highway.  But, if looking for hot hatch performance, the UX isn’t it, with a mediocre 0-60 time of about 8.5 seconds.

It should be noted that the UX does offer a hybrid version for a couple of thousand dollars more than the base UX.  The hybrid version has the same 2.0 liter engine, but with an additional two electric motors/generators providing an extra 11 horsepower.  The real benefit of the hybrid is its impressive EPA fuel economy estimate of 41 mpg city and 38 mpg highway.

Although the UX has a CVT, Lexus bills the transmission as a ten-speed by using software to mimic the feel of shifting gears.  The F Sport option also comes with a feature called Active Sound Control (ASC), which generates the aural effect of up and down shifts like those of a geared automatic transmission.

The UX has an interior that’s all Lexus, although smaller.  The fit and finish is impeccable, and the layout is designed to fit the driver.  Although the front seats are comfortable and there’s plenty of shoulder room, the rear seats and the cargo space aren’t spacious.  But, again, this is a sub-compact. So you should expect interior space to be limited.

The F Sport package delivers loads of branded badging – along with some performance upgrades – but it doesn’t turn the UX into a sports car.  However, the F Sport Luxury Package option for $2,890 is a good deal, adding a moonroof, blind spot monitoring and heated and ventilated front seats, along with a few other goodies.

Lexus markets the UX as the ‘crossover for the urban dweller’. I’m not exactly sure what that means, but the UX is a good entry point for anyone wishing to become a member of the Lexus luxury family.  It’s well appointed, it’s smooth and quiet, and it feels like a true Lexus.  And, it leaves you with the feeling that your next vehicle will be another Lexus, although one that is bigger and, of course, more expensive.