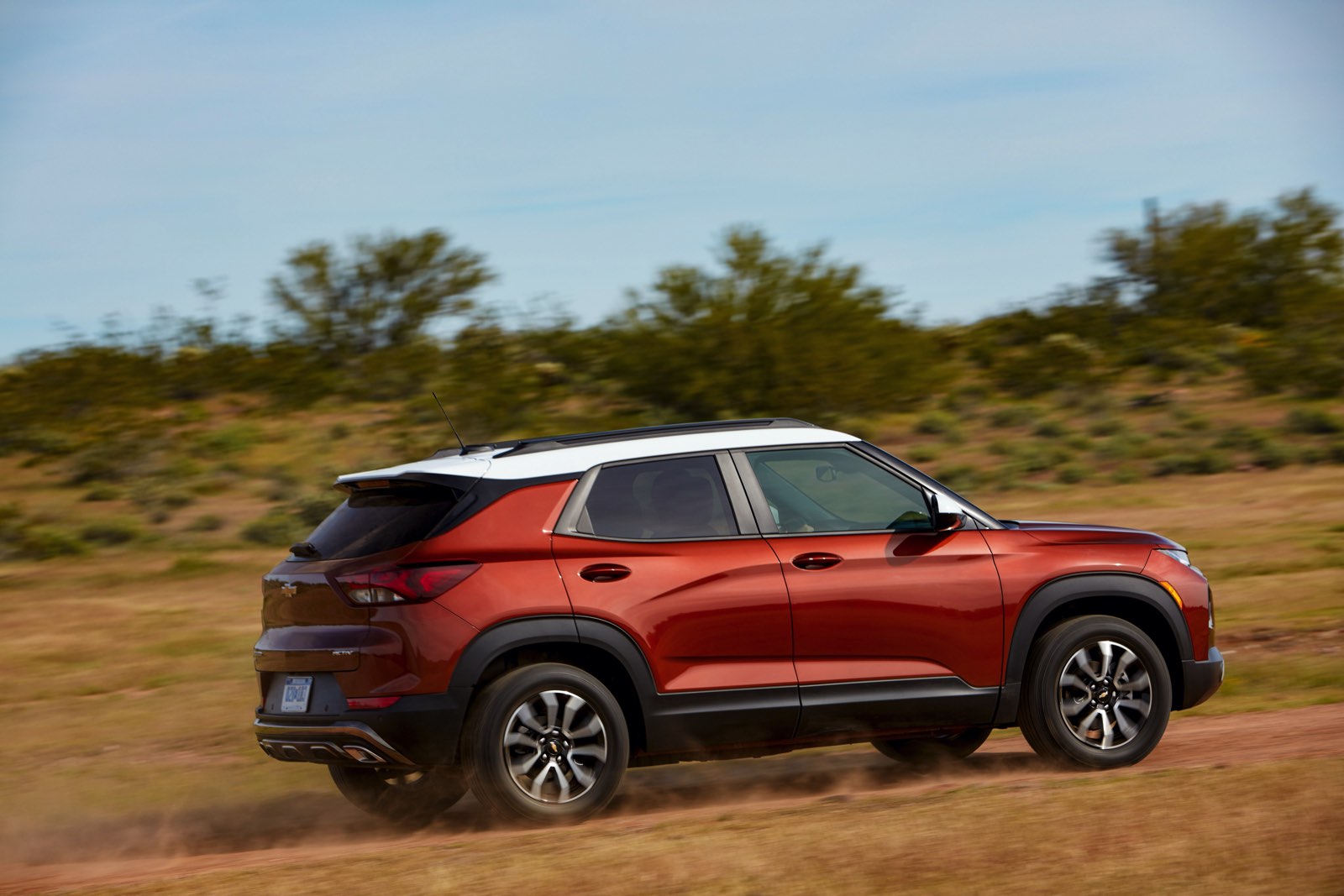 Trailblazer? Yes. Trailblazing? Not so much.

If you were wondering when Chevy would be filling that ‘yawning’ gap between its subcompact crossover (Trax) and compact crossover (Equinox), the answer is as close as your Chevy showroom. Its name: Trailblazer. Its mission? To fill that gap, while getting those dollars that might otherwise go to Japan or Korea. And to Chevy’s credit, that perceived gap has been filled with the attractive Trailblazer.

Having recently returned to Buick the company’s Encore GX, which is one rung up the ladder from the subcompact Encore, it’s easy to envision the Trailblazer serving in much the same role as a Trax GX might have served…if the team at Chevy suffered from the same lack of imagination as the team at Buick. Happily, Chevy had ‘Trailblazer’ locked up, ‘cuz they at one time built a Trailblazer. And despite that ‘Blazer being built using a body-on-frame architecture and rear-wheel drive, in the 2021 model year continuity means very little, except – perhaps – to Ford and its newly-introduced Bronco. (But then, Ford is about to introduce the Mustang Mach-E, so never mind.)

In the first five minutes, the Trailblazer impresses as a one-size-larger variant of Jeep’s Renegade or Kia’s new Seltos. It’s an upright, two-box design that, in ACTIV guise with all-wheel drive, looks capable of negotiating a logging road or fire trail, or – more realistically – the crap that many contend with in the snowbelt’s snow. The Trailblazer’s profile is unapologetically upright, and about as far removed from Ford’s organic Escape as it philosophically can be. It’s also far removed from Chevy’s Malibu, if – perhaps – you’re cross-shopping with the Malibu.

Inside, our ACTIV-spec Trailblazer offers perforated leatherette, some attractive faux stitching on the dash, and a generally expansive space in which to negotiate the daily commute (as if anyone commutes) or weekend getaway. Chevy claims seating for five, but that, of course, implies that you typically travel with three eating disorders in the rear. Best to serve only four, and those four should be quite comfortable for any reasonable period.

If it’s just two, you can pack over 54 cubic feet of stuff, which should prove handy if/when schools reopen. And with an available fold-flat front passenger seat, know that the 8’ kayak you order today – and which REI will ship sometime after Christmas – will fit with that front seat folded.

The instrumentation is clean and intuitive, as are HVAC controls and audio. It doesn’t appear as if GM has dumbed it down, but if challenged by new tech you’ll find the Trailblazer’s tech easy to access. And while behind the wheel, you’ll enjoy almost unrestricted visibility. Like so many other cars and crossovers of this era, the design team feels like they have to design a restrictive C-pillar between the rear door and hatch, but if you can get beyond that you’ll enjoy the view.

You won’t, however, enjoy the audio coming from under the hood. Like its Buick sibling, the Chevy team provides you with a choice of a 1.2 liter turbocharged three in the entry-level (under $20K!) Trailblazer, or the available 1.3 turbocharged three in upscale trims and models like the ACTIV. This all-wheel drive combo also comes with a nine-speed auto, which is vastly preferable to the CVT alternative. But with its 3,300 pounds of curb weight, the 1.3’s 155 horsepower and 174 lb-ft of torque feel inadequate. It will get you where you want to go, and generally it will get you there when you want to get there, but nothing feels happy about it – there is no joy. Someone on the team should drive Hyundai’s 1.6 liter turbocharged four, hooked to that company’s dual-clutch transmission. That combo is the appropriate option to a crossover weighing in at 3,300 pounds.

Despite that, the Trailblazer would seem to hit a sweetspot in today’s crossover market. For an as-tested price of $31K, you’re treated more fairly by Chevy than the corresponding Buick showroom, where the Encore GX can hit $35K. But as I noted in that review, when hitting $30K you have a lot of well-established alternatives. You spend your money, and you make your choice. Chevy’s Trailblazer is an attractive option, but it’s far from the only option.