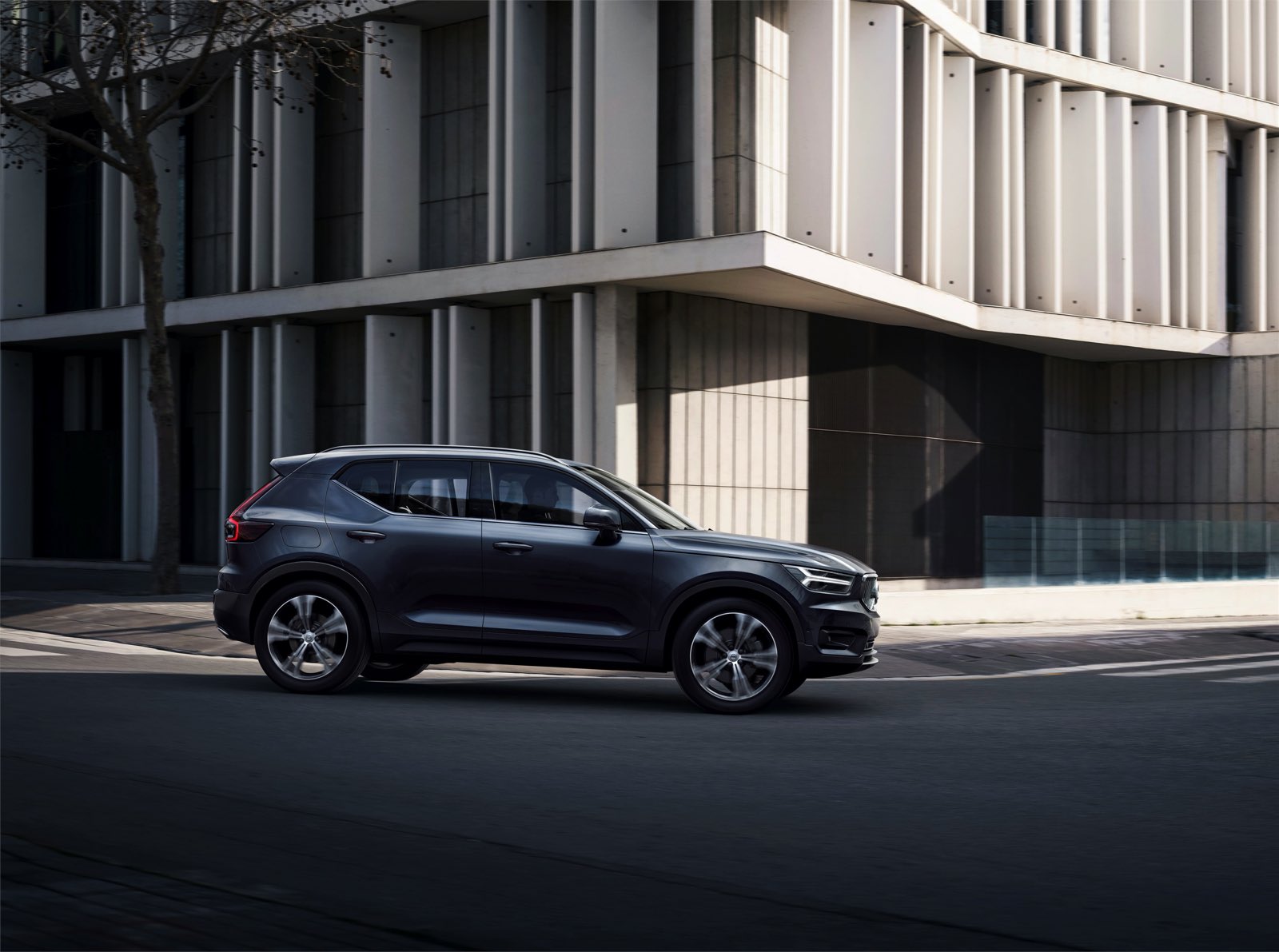 Worth a look…and a second look

Editor’s Note: As referenced last week, my LA-based daughter and son-in-law are shopping for a new crossover, hoping to replace an aging Prius with something both newer and with the latest in safety upgrades. They’d also enjoy owning something with a modest carbon footprint, while not giving up the utility that should come with a sport utility. With the cost of entry hovering around $30K, it’s interesting to consider what you can pluck from the pre-owned ranks with a similar budget. A 2-year old Volvo XC40 can be obtained for that same $30K, and like the Stelvio profiled earlier, would play very well in LA. But then, that’s a ‘dad’ take, one that probably won’t go anywhere. We drove the XC40 in 2018, the description of which is below. DB

Having worked at various dealerships (BMW, Honda and Saab) throughout the ‘80s and early ‘90s, I opted to return to the showroom – a Volvo showroom – sometime around 2001. It was an interesting time for Volvo, as the brand’s newly-introduced S60 was attracting new customers, while concurrently it was exploding the brains of Volvo owners still liking their Swedish sedans upright and open. The S60, drawn using something other than a slide rule, was a viable alternative to the BMW 3 Series, a viability not shared with previous Volvo sedans. And while almost twenty years later the Swedes would seem to have once again hit their product stride, to this observer it’s only with the intro of the XC40 that Volvo has an appropriate successor to its 245 wagon.

That wagon, and the relatively upright 5-doors that both preceded and succeeded it, was exactly what the U.S. market was looking for when first introduced. For a nation consuming 500,000 Beetles a year through the ‘60s and early ‘70s, there had to be something to move up to once the Beetle payments were retired, and VW was only half-heartedly providing it. In stepped – or drove! – Volvo, with sedans and wagons offering solid quality and voluminous utility. And while their spec didn’t deliver what you’d call precise handling, a Volvo wagon’s on-road deportment was vastly better than that offered by Ford, Chevy or Buick.

The newly introduced, not-quite-compact XC40 crossover is exactly what you’d hope a Volvo crossover would be, with a footprint (174 inches in overall length on a wheelbase of 106 inches) that seems just right, comfortable seating for five and 20 cubic feet of stowage with the second row seat up. And the impression for the driver and passengers is even more positive than the numbers would suggest. There is a lightness to the Volvo, both visually and functionally, that you simply don’t get from its crossover competition, whether that competition comes from Mazda, Honda or Toyota immediately beneath it, or the Jaguar E-Pace and BMW X1 immediately (I’ll guess) above it.

That lightness, happily, extends to the feel behind the wheel. Volvo brings to the table two available powertrains. Front-wheel drive models receive a detuned 2.0 liter turbocharged four, delivering 187 horsepower, 221 lb-ft of torque and a claimed 0-60 time of 8.1 seconds. Opt for all-wheel drive (as we would – a crossover should have all-wheel drive) and the 2.0 liter delivers 248 horses, 258 lb-ft of torque and a claimed sprint to 60 of just over six seconds. We found this drivetrain to be genuinely responsive, while all-wheel drive provides traction benefits regardless of season. Assuming you live in a zip code with measurable rain – and at this point, who doesn’t? – get the all-wheel drive.

In combination with the responsiveness is a completely acceptable connection with the road. And although the XC40’s body lean was carefully controlled, its ride was sublime. Speed bumps almost disappeared beneath the wheels, as did the pock-marked roadway that – today – substitutes for ‘pavement’.

Are there things I’d change? Well, yeah! In our Momentum trim the door panels are covered in a material I’d liken to the ‘flock’ sprayed on Christmas trees. And in the off-white intended to match the blond leather of our test vehicle, I can’t imagine it looking good after your 72 monthlies are retired. Also, a key fob in which lock and unlock are barely visible means you set off the alarm at 5:45 while heading to Cars and Coffee.

With an as-tested price of $44K, this entry-level Volvo requires real financial commitment. But the front-wheel-drive version can be had, nicely equipped, for closer to $35,000. If, like thousands of others, you’re thinking CR-V or RAV4, Volvo’s XC40 is worth a look and – equally important – worth a drive.