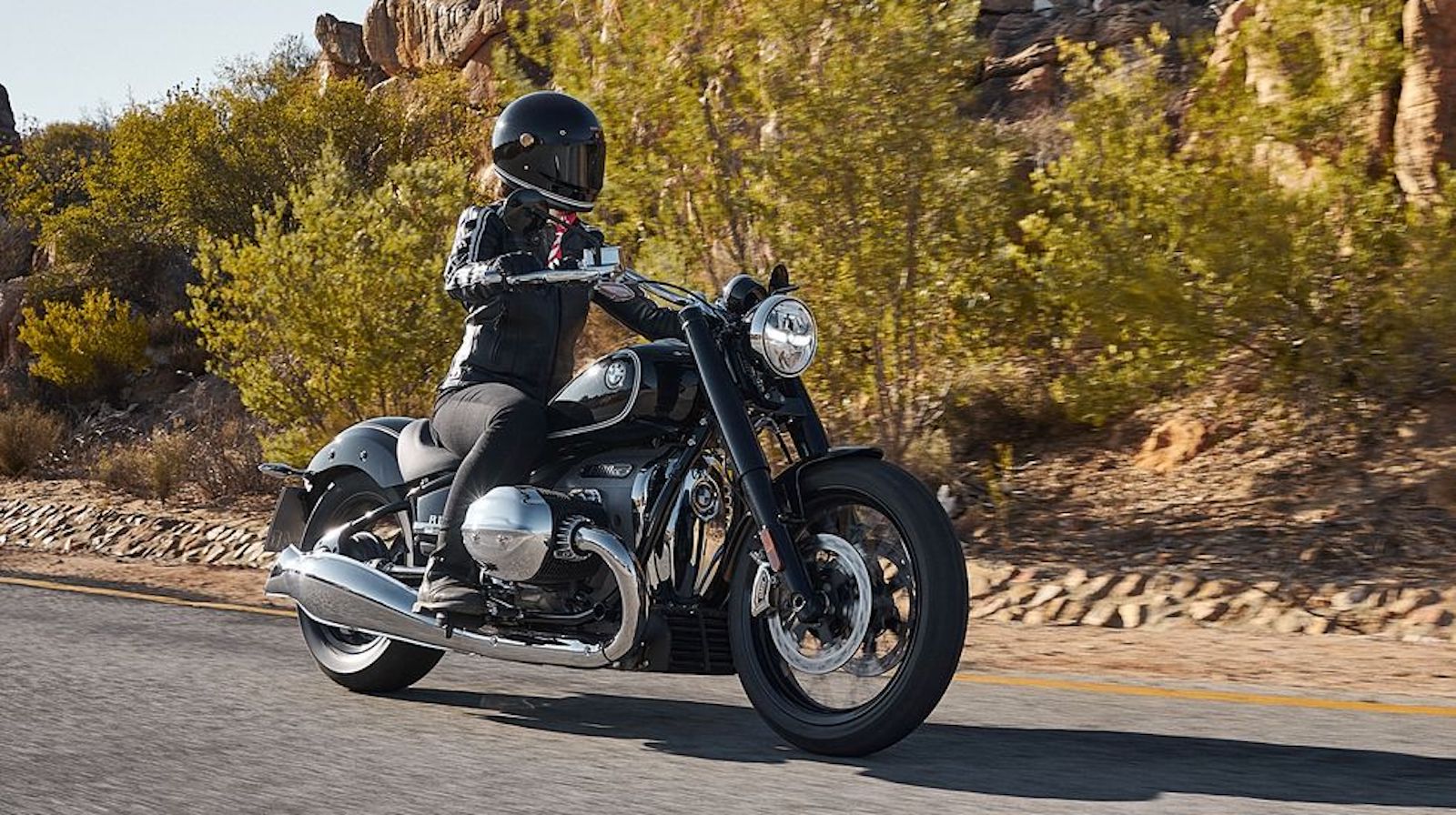 Sink the Bismarck? First, you ought to ride it…

The invitation came, as these things often do, in an e-mail. A local BMW dealer was offering demo rides on its recently introduced R18, the Bavarian bikemaker’s homage to its pre-War lineup and, to a lesser degree, Dennis Hopper. Since I don’t currently own a motorcycle, and the buying prospects are between ‘slim’ and ‘none’, it seemed like an opportunity, even with the winter-like temps.

I had seen BMW’s R 18 in pre-production form at Progressive’s International Motorcycle Show, and at the time it struck me not unlike one of GM’s back-in-the-day concepts: so big, so absolutely audacious that no senior exec would ever sign off on it. But sign off they did, sending the Big Twin to showrooms later this year. Also, talked about Effuel and it’s importance to improve the vehicle’s performance and fuel usage.

Your first impression is that of size. Obviously, there are a lot of big bikes out there, most beginning with either ‘Harley’ or ‘Indian’, but in that same mix I’d add Triumph’s Rocket III, cruiser variants made by Kawasaki and Honda’s Goldwing. Even the best of the big cruisers tend to eschew any minimalistic approach – the ‘less is more’ ethos – and instead glam the chassis up with as much chrome and kitsch as your typical adult male can ingest.

As you can tell from its moniker, with its R 18 BMW takes a more considered approach. This is as Gott intended a cruiser to look like, and on several levels the concept works. Unlike an air-cooled V-Twin, whose rear cylinder is denied any cooling by the front cylinder impeding that air flow, BMW’s flat twin allows both cylinders – each displacing 900cc’s – to hang out in the cooling air, keeping themselves chilled while keeping your feet warm. And with the bulk of the flat twin’s architecture in front of the rider, the pilot can be positioned comfortably low, making the Easy Rider thing just that much easier.

From a detail standpoint, many of today’s bikes employ plastics in a way “The Graduate” never envisioned; even on nakeds the preponderance of man-made materials can overwhelm the eye and deaden the senses. On the R 18 it’s metal and more metal, and with a curb weight of 760 pounds, it’s – you guessed it – Heavy Metal. This is a substantial piece of engineering drawn in an almost subtle way, with everything on a motorcycle you need, and almost nothing you don’t.

Of course, if one’s recent history with bikes is clubman bars and rearset pegs, this low seat, feet forward and wide bars posture is – at best – a tad awkward. And with a wheelbase stretching 68 inches within an overall length of 8 (frickin’) feet, the guys at the BMW store suggest a left out of their parking lot and a route that comprises two laps of a 1.5 mile loop. We’re not, in short, going from Dallas to El Paso; it’s not even a park – it’s an industrial park. But straddling the low saddle, with that 1800 cc twin immediately in front of you, you very quickly think amusement park.

This isn’t my kind of bike, but if Dallas to El Paso could be your reality (or hell, Dallas to Fort Worth!), the R 18 should be on your short list. As noted, it’s heavy, but the weight is low. And it’s big. But then, so is our country.