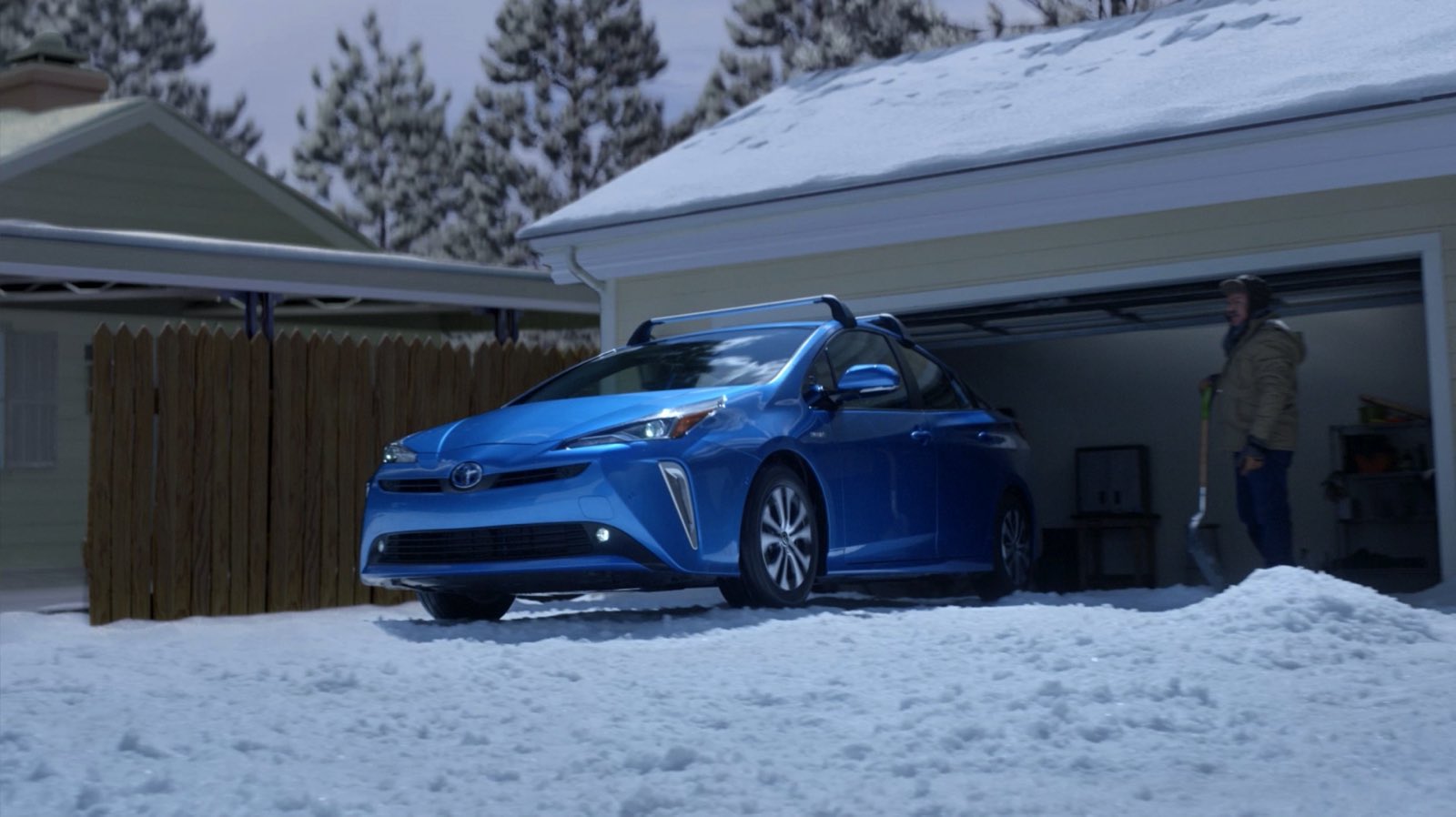 A Prius Hybrid With All Wheel Drive

Herndon, VA – I’m writing this on December 16th, and while a few days ahead of an official winter, we’re perhaps ahead of schedule with the official snow fall. It’s been falling since mid-morning, and while I haven’t walked out with a yardstick, if I’m guessing, it looks to be about four inches on top of the Prius roof. And with the Toyota hybrid’s available all-wheel drive, ‘AWD’ might be ‘all-weather device’.

It was in May of 2020 that Toyota commemorated the 20th anniversary of its now-iconic hybrid with the launch – natch – of a Special Anniversary Edition. And while I apparently missed that, I didn’t miss the initial launch. In fact, I have clear memories of driving that first Prius in and around Fort Worth, marveling (after a fashion) at both its simplicity – for a hybrid drivetrain – and 40 miles-per-gallon efficiency. It was, at that point, as stark of an automotive departure as our family’s first VW seemed in 1966, after a decade of driving successively bigger Dodges.

That first Prius, a subcompact 4-door sedan, would later morph – as a 2004 model – into a hatchback, similar to what sits on my imprinted concrete dublin driveway, under the four inches of snow. Through 2019 Toyota has sold 1.9 million Prius-badged vehicles in the U.S., and some 6 million worldwide. In short, this hybrid ‘thing’ isn’t a passing fad; in point of fact, its resonance among consumers sees new hybrids, from a host of competing OEMs, introduced seemingly every week.

Of course, on the Toyota showroom the Prius is certainly not your only hybrid option. Today you can enjoy hybrid efficiency – now delivering closer to 50 miles per gallon – in a host of Toyota cars and crossovers. If you prefer the more conventional architecture of a sedan, you can choose from Column A (Corolla), Column B (Camry) or Column C (Avalon), while in Toyota’s crossover lineup both RAV4 and Highlander are available with hybrid assist.

In what is now the 4th generation, today’s Prius combines what we’ve come to expect from Toyota under the hood, i.e., a smallish 4-cylinder of modest power (96 hp, 105 lb-ft of torque) supplemented by an electric drivetrain boosting performance by 71 horsepower and 120 lb-ft of torque. In short, it’s an almost 50/50 split, while the EPA estimate is almost 50/50, at 51 City/47 Hwy/49 Combined.

Inside, our XLE combined more-than-adequate room with Toyota’s faux-leather seat covering and an attractively appointed dash. This is a comfortable perch in which to operate an automobile, if you’ve not grown accustomed to the higher hip points of your RAV4. If you have, you might find the surrounding traffic intimidating. But with the relatively expansive greenhouse, at least you’ll be able to see what’s running into you…as it’s running into you.

The all-wheel drive system engages as needed, and will stay engaged to 43 miles per hour. This is an all-weather system to (hopefully) beat the weather; it isn’t the system to take on Subaru’s Travis Pastrana, or any of the other automotive hooligans populating our roads. And at under 43 miles per hour, it’s anyone’s guess as to whether you can blow the snow off at those (relatively) low speeds.

At the end of the day, I’m not sure today’s Prius would be my hybrid pick from the Toyota stable. There’s a lot to be said when considering the all-electric efficiency of the plug-in Prius, and there’s a whole lot to be said about the performance of the new RAV4 Prime. You pay your money – for the Prius XLE AWDe figure $30K – and take your choice. With Biden in office and Mayor Pete nominated as his Secretary of Transportation, you’ll see more than a few of these in the White House parking lot, where – presumably – staff can remove the snow.

Small and Bold – The 2020 Buick Encore GX Essence
BMW Motorrad’s R 18 – Sink the Bismarck? First, you ought to ride it…
Event Calendar