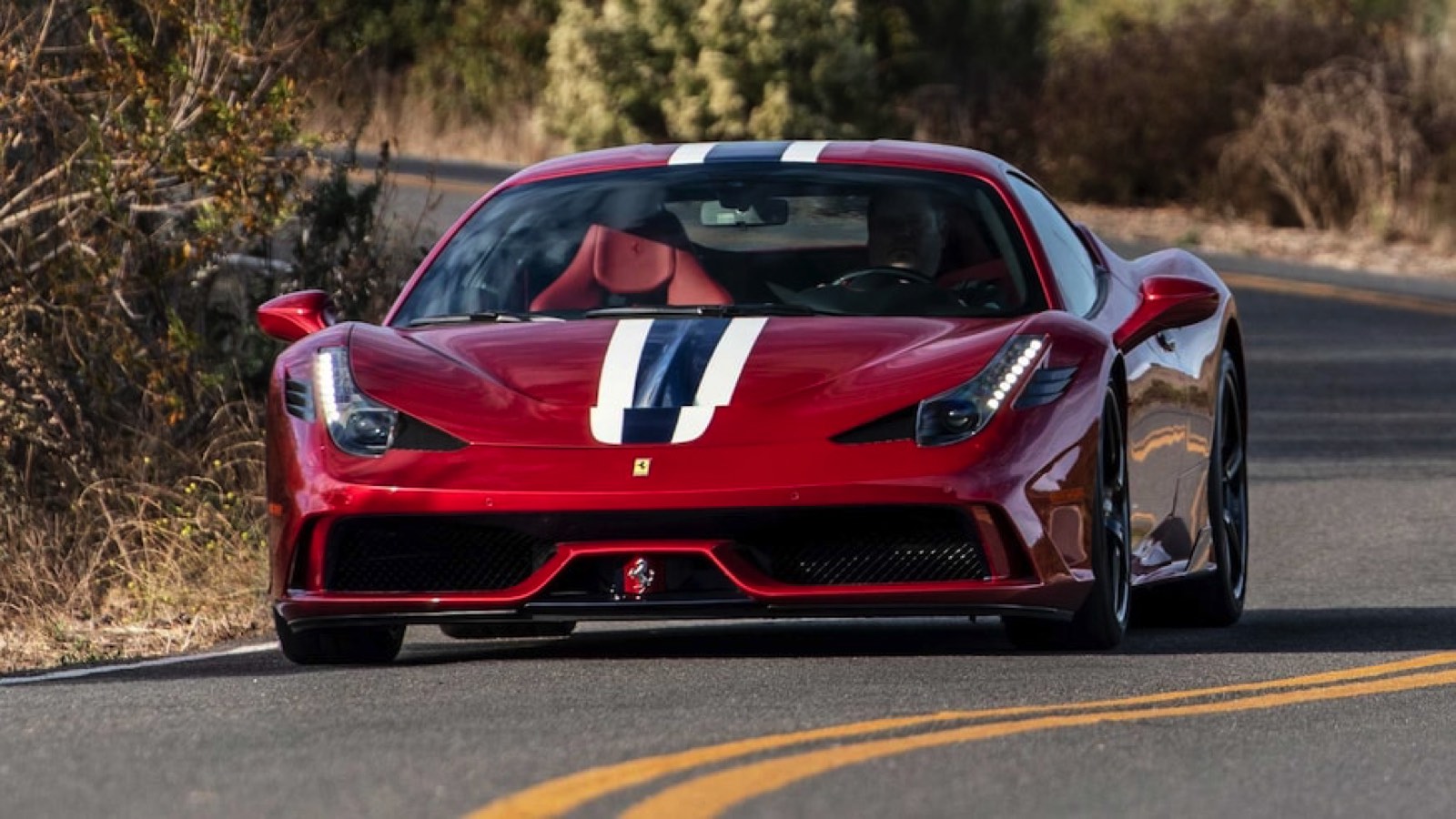 They say money can’t buy happiness, and that’s true – if you lack imagination. Without imagination, all the money in the world can’t dream of the concept of a bulletproof Ferrari 458 Speciale. This video game supercar was brought to life by AddArmor to showcase its B4-level protection armor.

AddArmor claims its B4-level armor is up to 60 percent lighter than ballistic steel and stronger. The ballistic glass is layered leaded glass, polycarbonate, and acrylic designed to be thin at only 0.8-inches thick. What better way to prove armor can repel small arms fire while being lightweight than by fitting it to a bullseye red Ferrari 458?

According to AddArmor, this $625,000 armored Ferrari 458 Speciale can repel nearly any bullet fired from a handgun, including the hand cannon .44 Magnum. If you know your firearms, then you know that is some serious stopping power. After all, the .44 Magnum was once coined as “the most powerful handgun in the world” by a particular movie police detective named Dirty Harry. Driving this Ferrari can make anyone feel lucky in more ways than one, thanks to its nearly imperceptible Superleggera armor.

How much weight does B4-lever protection add to this Magnum P.I. special? About 150 pounds, which is minimal by comparison to the bulk added to armor-plated SUVs and limousines. This Ferrari 458 Speciale was also optioned with every carbon fiber piece available, including a lightweight Capristo exhaust system, to offset the armor’s weight. After doing the math, AddArmor claims the total added weight to the Ferrari’s curb weight is only 67 pounds. That means the almost 600 hp 4.5-liter V8 can still push the Ferrari 458 Speciale to its 202 mph top speed and snap a speedometer needle from zero to 60 in under three seconds.

According to The Drive, the AddArmor B4-level protection package starts at $28,000 and goes up from there, depending on options like gun ports, electric shock door handles, or night vision equipment. You know, extras. Peace of mind doesn’t come cheap, and neither does a 200-mph supercar.

A bulletproof Ferrari is a period at the end of the phrase “getaway car.”