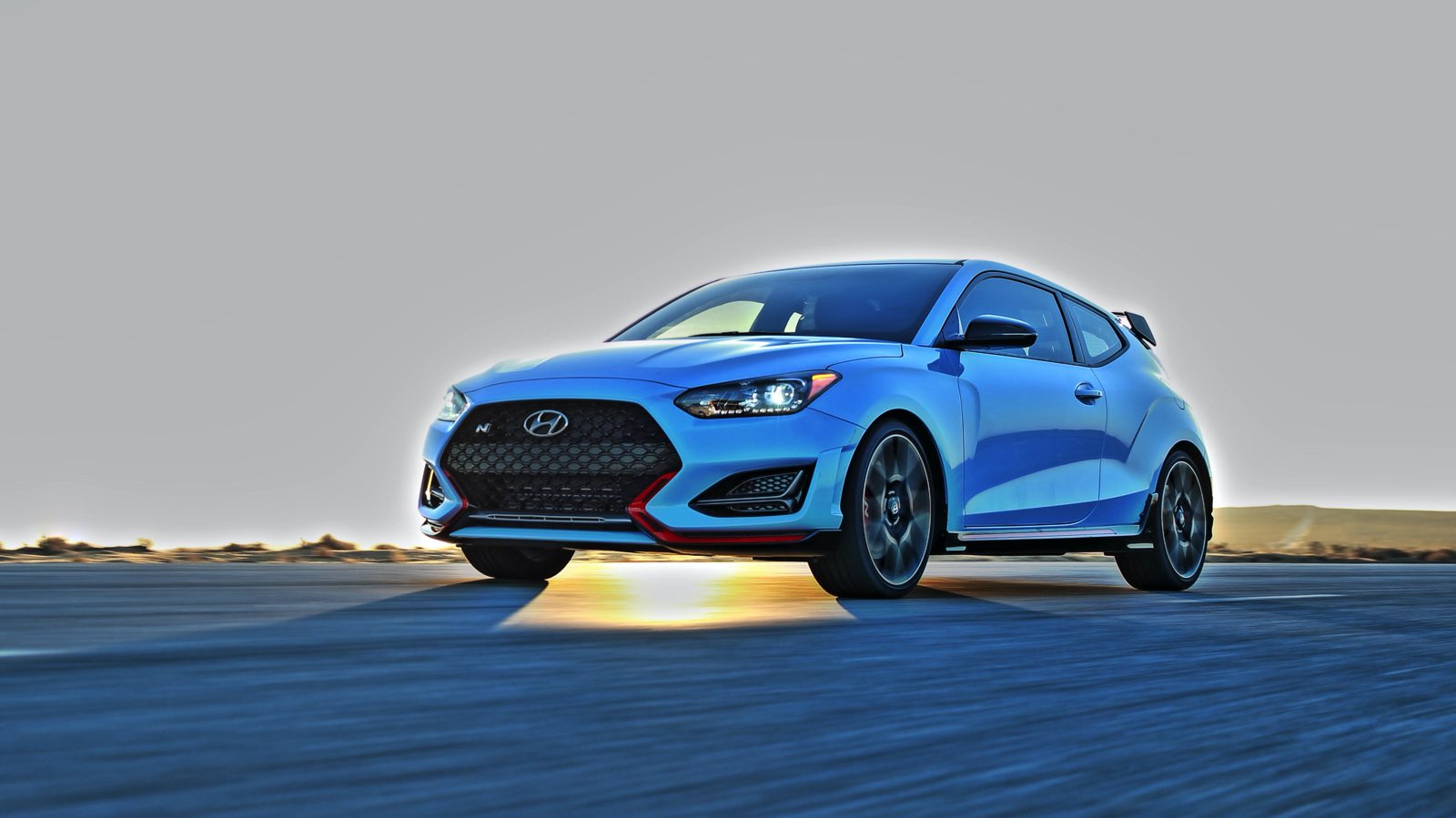 You’ve heard, of course, of a motorsailer. As the website Boats.com notes, sailboats and powerboats are quite different; a boat splitting that difference is the motorsailer. Combining some of the traditional comforts and open layout of a powerboat with the supplemental power of sail, the motorsailer is the on-the-water equivalent of an EV with onboard charging or, relevant here, a smallish coupe with three doors. Which is how Boldt.com (if there was a ‘Boldt.com’) would describe Hyundai’s Veloster N.

As a niche vehicle which might typically sell in the dozens, Hyundai’s Veloster was off and running almost as quickly as it was ‘off’. Combining a front-wheel drive platform with a low roof and rear hatch, the Veloster effectively splits the difference between Subaru’s BR-Z and Honda’s Civic hatch. The genius of the Veloster concept, however, is its rear door on the passenger side of the vehicle.

As the driver enters his or her door on the driver’s side, he’s met by a traditional 2-door profile, just the thing for any self-image that’s at least one part ‘sporting’. Enter, however, from the other side, and his or her family can access the rear seat via its own door, which makes entering the rear far easier than when tripping over a front seat and an intrusive B-pillar. In its execution it may seem a bit funky (especially with its 3-door descriptive), but in actual usage it works beautifully.

Previously available in what we’ll call a cooking version with acceptable performance and a turbo version with real performance, the fun folks at Hyundai added the Veloster N for that percentage of the population always wanting more. In the ‘60s those fine folks gave us a 427 Cobra when most were happy with the 289, and a 427 ‘Vette when most were happy with a 327. Here we enjoy two liters of turbocharged four boosted to 275 horsepower, and while the drivetrain remains front-wheel drive, the N spec supplies a corner-carving front diff to better corral that power.

While our last Veloster N provided us with the standard 6-speed, this 2021 came with the newly offered dual-clutch trans, a $1500 upgrade that is easily worth the upcharge (there’s no ‘wait’ penalty!) if embedded in a stop-and-go commute.

The 2021 Veloster N also benefits from lighter, form-fitting buckets, and this year the N logo placed on the seat’s backrest is illuminated – a very cool add. The rest of Hyundai’s hot 3-door coupe supplies all the goodness we’ve come to expect, and if shopping for a GTI or Civic Type R could create real confusion before writing the check (as do any number of Hyundai models when cross-shopping Volkswagen or Honda).

The real intent of the Veloster N, however, isn’t getting to the office; it’s spending a weekend at the track. At a trackday you’ll enjoy the benefits implicit in a low center of gravity, suspension tuning that effectively disguises the Veloster’s front-wheel drive platform and a power-to-weight ratio that will have you lapping – while laughing – Subarus and Toyotas. You might even go after 2.0 liter Supras; I’m not sure you’ll pass ‘em, but you can certainly harass ‘em.

Ultimately, though, I look at the Veloster N’s $32K cost of admission – almost $34K with the DCT – versus a turbocharged Veloster R at $24K, and think I’d rather have that difference invested in a trackday bike. With just over 200 horsepower connected to a 6-speed manual the Veloster R will be involving, while a clean Triumph Bonneville supplies an ear-to-ear grin. Your money, your choice. As, of course, you’d already know.