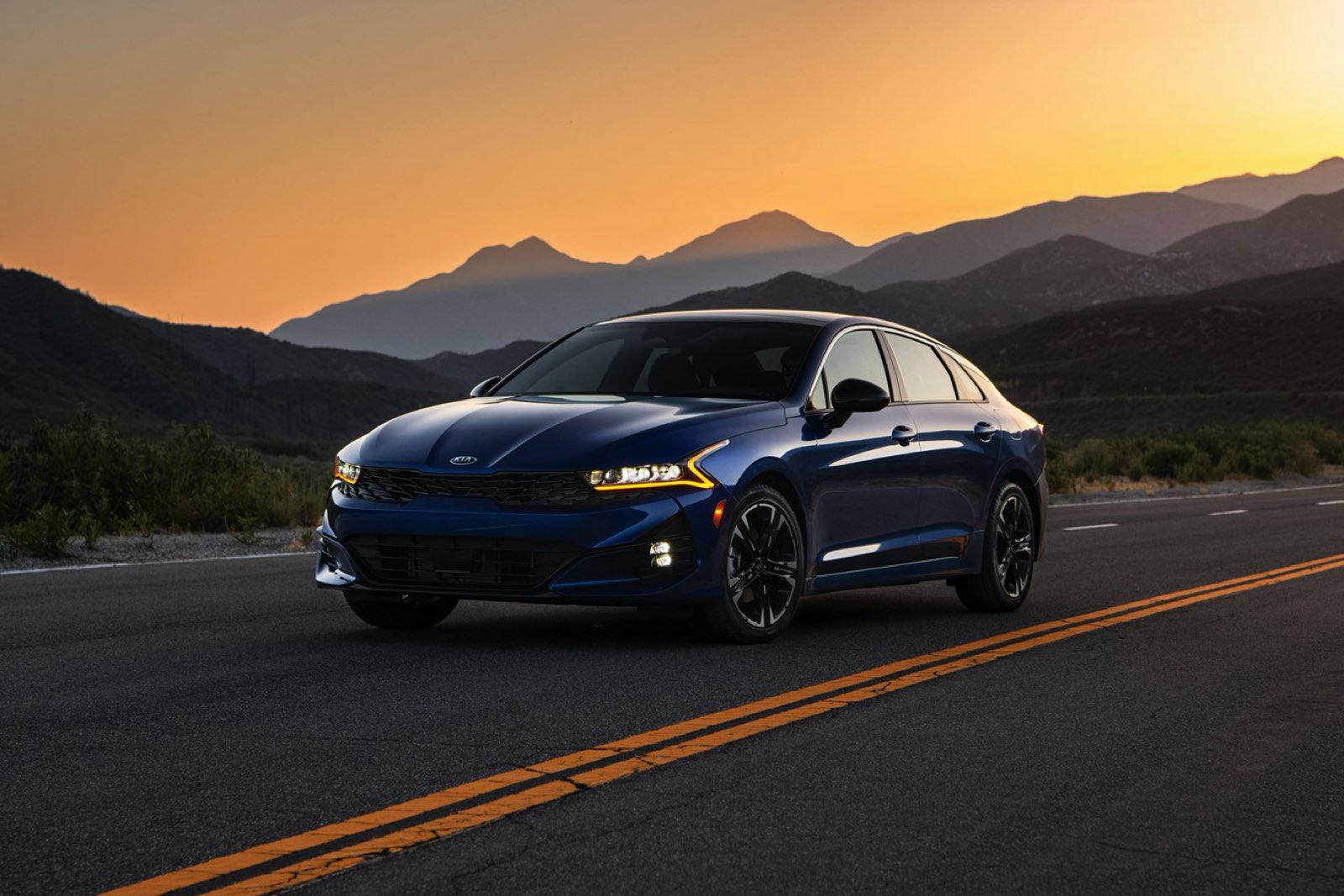 By any other name, still a bargain

Frankly, I’m growing tired of beating the Kia drum with so much enthusiasm…but it can’t be helped. After launching in the U.S. roughly 25 years ago with nothing more than the compact Sportage and some hope, Kia Motors has evolved into what could be called a modest juggernaut. A competent lineup received an exclamation point with the well-received Telluride, and that’s just the company’s new beginning, with a redesigned Sorento arriving in showrooms as this is written, and a host of intros – many of them electrified – just around the corner. The news of the day, however, is Kia’s all-new K5, a redesign – and a new alphanumeric designation – of what we used to call Optima. And as you’d hope, the new 4-door has been optimized.

The Optima, it seems, is D.O.A. – if not K.I.A. The midsize sedan battle is historically fierce, which is why we’ve seen the Detroit Three essentially give up on it. (Fusion? Malibu? Anyone?) With Accord and Camry sucking most of the energy out of the showroom, and Hyundai’s Sonata presumably taking what’s left, Nissan’s Altima and Kia’s Optima have been challenged. According to Kia’s press release, the death of the Optima nameplate coincides with Kia resetting expectations – and in today’s market economy those expectations come with a new moniker.

And while I cautiously tip my toes into the shallow waters of subjectivity, the new K5 is a looker. Like its Sonata sibling (Kia sits under the same corporate umbrella as parent Hyundai), the K5 would seem to take more than a little design inspiration from Audi’s A7 and/or Tesla’s Model S. In profile this is a fastback, although – notably – not a hatchback. And if you see more than a little of Kia’s Stinger GT in the K5’s shape and detailing, I’ll guess that the similarity is not a coincidence. The K5 and Stinger have two decidedly different missions, but there’s gonna’ be some overlap.  (We’ve seen Ford do something similar with its hardcore Bronco and softer, more suburban Bronco Sport.)

The K5 tested was equipped with the GT-LINE trim, which includes – for its $26,500 (with destination) base – 18-inch alloy wheels shod with 235/45 rubber, cloth/leatherette seating, a leather-wrapped wheel, rear spoiler and rear USB charging ports. It’s all pretty dynamic, and would seem to punch well above that $25K window sticker. Our press car was also fitted with the ‘Premium Package’, adding a panoramic sunroof, LED projection headlights, forward collision avoidance and smart cruise control. For just $1600 that, too, is a deal.

Of course, Carvana could tell you all of that, while I’m here to tell you how it fits together. Kia provides you with a choice of two powertrains, both turbocharged. Our midlevel GT-Line is fitted with a 1.6 liter turbocharged four in a relatively modest state of tune: 180 hp and 195 lb-ft of torque. However, with just 3,200 pounds to propel, the responsiveness is right there, with nice tip-in and decent acceleration. Car and Driver estimates a 0-60 time of 7.4 seconds, which seems about right. The engine does feel a tad agrarian (which is better than agricultural!) but not disturbingly so. And the conventional automatic, when contrasted to the more typical CVT, is a win in its functionality.  The EPA estimate is also a win, with – in front-wheel drive form – an EPA estimate of 31 mpg in combined driving.

On the road, you’ll know you’re not driving a sport sedan, but the K5 imparts a comfortable, capable dynamic that won’t be confused with ‘recreational’, but neither will you confuse it with your dad’s Buick. And if you’re throwing the spouse, two kids and all of their stuff for a week’s worth of cross-country driving, know there’s enough space to go with the K5’s surprising serving of grace.

For those willing to invest more than $30K, Kia will supply a K5 in GT form, with a 2.5 liter turbo delivering 290 horses and 311 lb-ft of torque. With this combo 0-60 arrives – again, according to Car and Driver – in around 5 seconds. That’ll help in remembering what Kia calls it: K5.