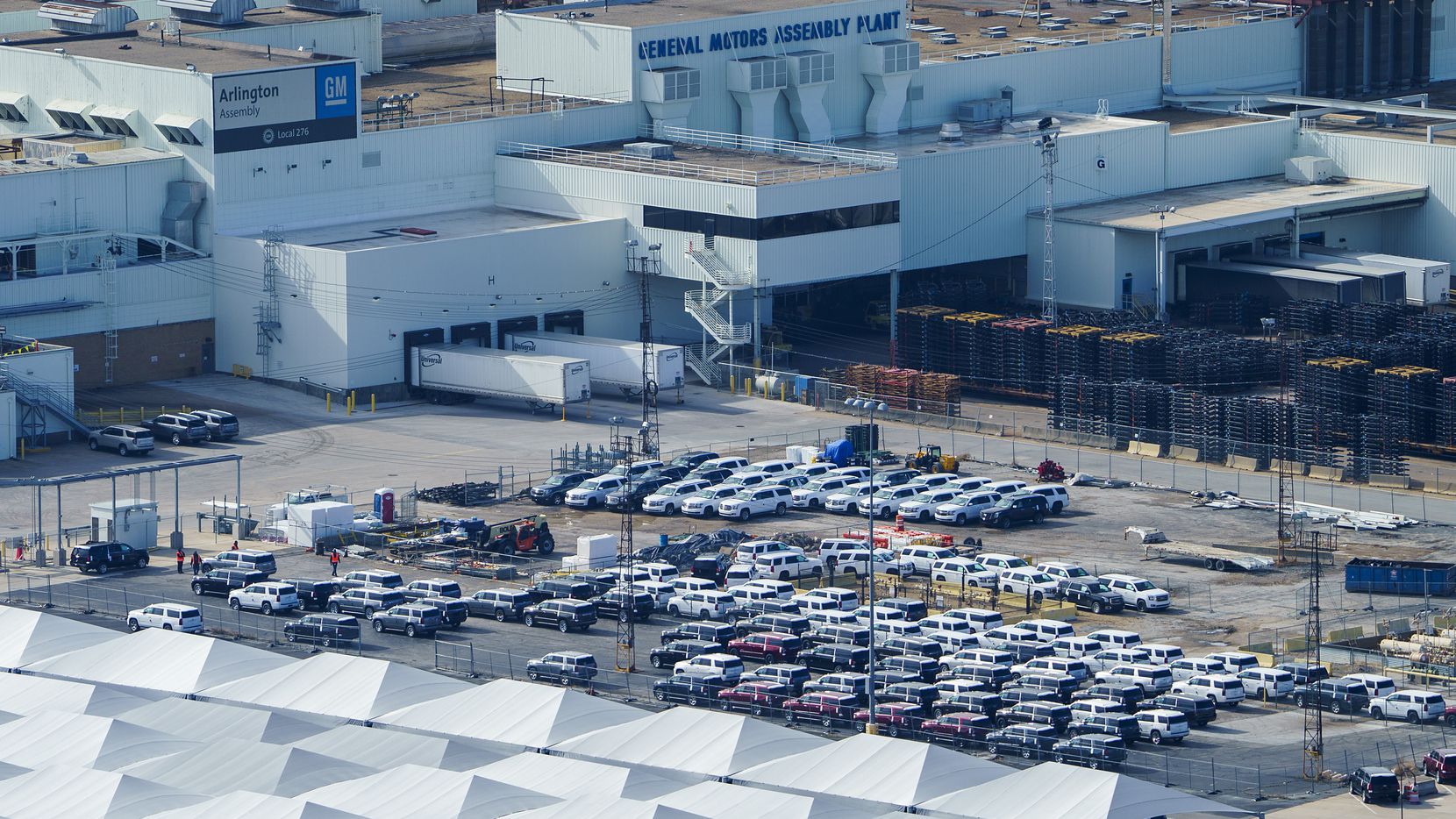 Like Stetson hats, Collin Street fruitcakes, Longhorns (both on the field and in the field), and Friday Night Football, if you live here you get it. Not for nothing was the Chevy Suburban nicknamed ‘the National Car of Texas”. Built in Arlington. Sold everywhere. Driven around town, to the beach, and across the country. Pack it up with friends and family, their luggage, and hook-up the boat.

On Inauguration Day, the US Secret Service had their fleet of Chevy Suburbans at the ready, working overtime, and spotted everywhere from Pennsylvania Avenue In Downtown DC to Arlington National Cemetery, as well as in front of the US Capitol and St Matthews Cathedral.

My personal Suburban journey began in the late 1980s when I needed a 4WD vehicle that could take on the backroads and mountain passes of Utah for a few weeks, and not get ruffled by bad weather or bad roads. By chance I stopped by my mechanic’s garage to ask him to be on the lookout for a 4WD that fit all the above requirements, plus haul a lot of gear I would need. It wouldn’t hurt if I could sleep in it as well in an emergency, I told him.

He looked at me and laughed. “One of my customers just brought this in,” he said, pointing to the lift. “She asked me to look it over because she wants to sell it. She’s going to ask $2500. It’s worth it.”

And that is how I acquired a well-used 1974 4WD Chevy Suburban.

It was a no-frills workhorse of a vehicle. If it had any insulation, I never saw it or experienced it. It had no carpeting, and the rear window was a mechanical crank unit that receded into the tailgate. It had two rows of seats, including the front bench. It was a dull green and white color. But I calculated I could get my work done and come back and sell it, and that would be cheaper than renting a similar vehicle. How could I lose?

The problem was apparent within the first week. I’d fallen in love with it. It was that simple. Even though it only had minimal heat and delivered AC through an after-market unit, the greenhouse effect of all those windows meant that you could stay warm inside as long as the sun was shining. Driving it into the mountains of the Wasatch Range, on roads that were often closed to the public, I’d take along a lunch and have to roll the windows down just to let some cold air in and some heat escape.

Nothing stopped it. It wasn’t pretty and so it wasn’t worried about staying pretty. It just went. Anywhere I wanted or needed it to go. Every time. Without fail.

I never sold it. Even when I bought a new Suburban in 1996, I kept the old one around. Like I said, I’d fallen in love.

My ‘96 Chevy Suburban came out of the GM press fleet, although mostly it had been driven by Bill O’Neill, then head of communications.  It had fewer than 6000 miles on it and was bright red over black.

Then one day Gus Buenz, who was the PR chief for Oldsmobile at the time, called me to say he’d found the Suburban I was looking for, if I wanted it. And I wanted it. I bought it sight unseen.

Well, not totally. Car and Driver or Road & Track had photographed it leaping over a sand dune up in Michigan, on one of the Great Lakes beaches. I saw the photo after I bought it, but before it was delivered to me at the LA Auto Show. It still had sand on the floor. But it was love at first sight. Again. It had three rows of seats this time, including a front bench. The day I received it we loaded it up with GM engineers and drove them and their luggage to LAX. In one trip. Nine people.

This new Suburban was deluxe compared to the ‘74. It had real insulation, power this and that, push button on-demand 4WD, grey cloth seats, and carpeting! I drove it for 18 years around town, back and forth across the country, and from Canada to Mexico. I named it Big Red, and the name stuck. Even my friends referred to it as Big Red.

I’d still be driving it today were it not for a young dude with a lead foot deciding he could exit a Whataburger, dash blindly between three lanes of stopped traffic and make a wicked 90-degree left turn into traffic, all before the light changed.

He was wrong. When he hit the Suburban it sounded like the end of the world. But it didn’t feel like it. There was plenty of debris on the pavement, but none was from the Suburban. It did wake up my dog, who’d been sleeping in the back. But it didn’t scare him.

The Suburban remained intact, but the frame, bent from the impact, wasn’t financially feasible to fix. The Blue Book precluded saving it at that point. It didn’t die with its boots on, but it did die with 80,000 miles on its last set of Michelins. Not bad.

That was the end of a long and glorious run of Suburbans. One that had racked up a respectable 200,000+ miles on the former and 262,000 miles on the latter. Along with too many memories of crisscrossing the country to count.

I outfitted it with a big roof box, a Hi-Lift Jack, chains for winter, a chain saw, a come-a-long, emergency flares and assorted supplies. And it carried a sleeping bag good to -35 degrees F. I removed the 3rd row bench seat in the beginning and never put it back. It’s still in my garage.

The ‘96 Suburban came with a 42-gallon fuel tank and a 3.42 rear axle, giving it a cruise range between 600 and 800 miles between fill-ups. You couldn’t ask for more than that. It didn’t matter if they were out of gas stops in three states; you just kept rolling along and stopped in the 4th. What a ride.

I called the Chevy Suburban “the 747 of the Highway”. I still do. Go anywhere. Go anytime. Just go! And go in comfort.

In my mind there was the Chevy Suburban and there was everything else. It had no equal. It had competitors, but they all fell by the wayside when directly compared. The combination Chevrolet had built into the Suburban was perfect. Even the instrument cluster told you everything you needed to know at a glance.

It’s been almost seven years since I’ve had a Suburban – a lot has changed in that time. So my editor thought I should try out a new Suburban and see what it was like. How it compared. And I agreed. And that’s how Chevrolet ended up loaning me a brand new 2021 Suburban 4X4. Tune in next week to find out how that went. Until then, Roll On!