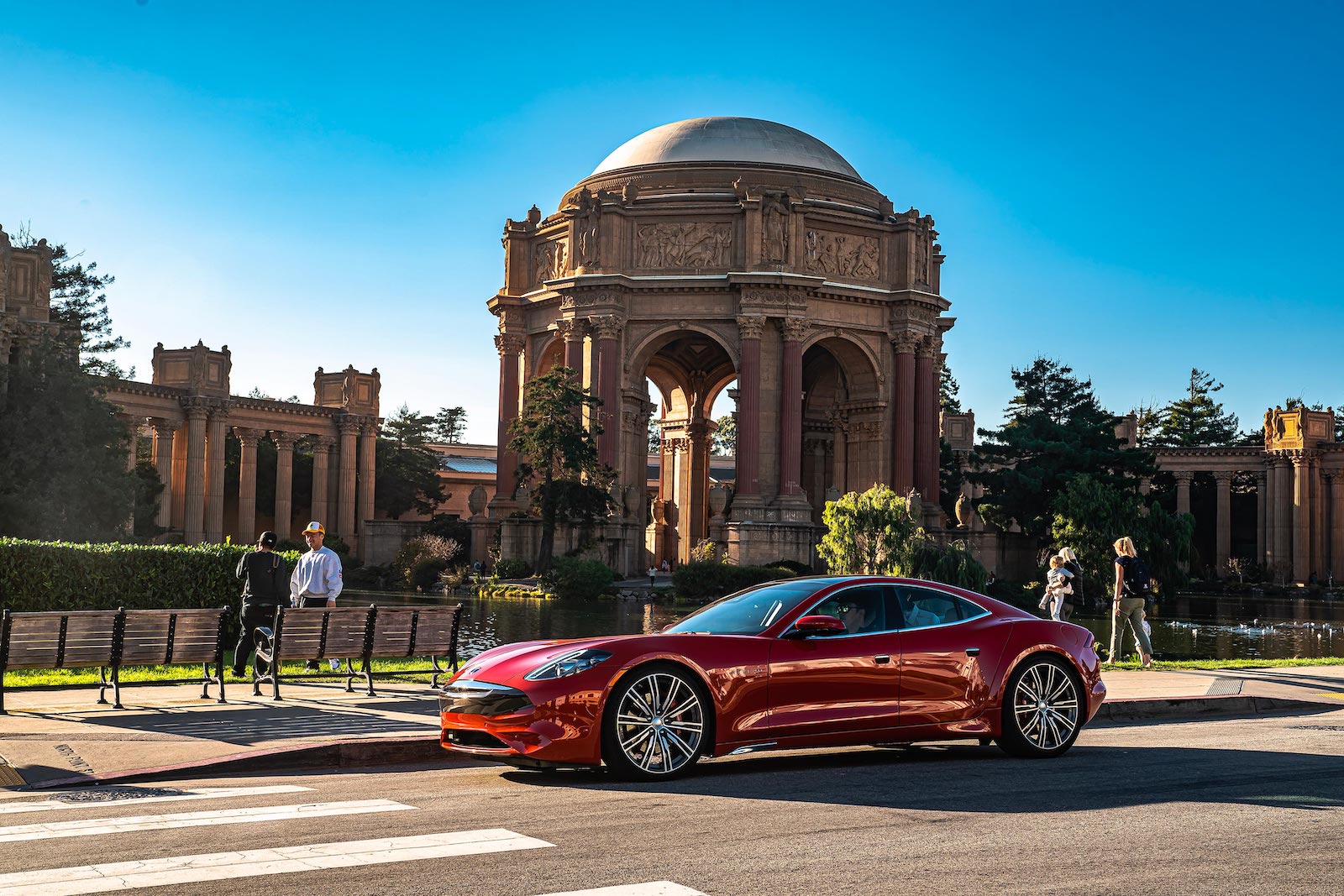 THE RIDES OF MARCH

If you have a passion for automotive design, there’s never a boring moment – as long as you’re outside, have access to an outside window or, of course, are sitting at your laptop. Despite a generic sameness frequently seen on today’s new car showrooms, the endless variety offered by what was – until recently – the world’s largest car market is occasionally overwhelming. And within that visual onslaught of cars, trucks and surging SUVs, there is that rare occasion when a 4-door sedan (yeah, a sedan) will stand out. With the arrival of Karma’s GS-6, we – you, me and every tire kicker you know – have that rare occasion.

If you’re old enough to remember Maserati’s early Quattroporte, the Iso Rivolta or rumors of a 4-door 911, you might be emotionally prepared for Karma’s GS-6. Look up ‘low slung’ on your Oxford Dictionary app and, at this point, the illustration might very well be Karma’s new GS-6, as its 4-door platform is impossibly low, with a penetrating nose leading to a radically sloped windshield, while its four 21-inch wheels (Dubs?) are pushed to the corners of the car. Only the four doors are a nod to the conventional, for in every other specification Karma essentially crafts its own menu.

Inside, Karma’s design team pays appropriate attention to society’s self-possessed with what the release terms ‘focused customization options’, including – but certainly not limited to – reclaimed wood salvaged from California wildfires (unpredictable!) and carbon fiber (predictable); both are supported by five leather color combos. And in that Karma’s design and production facilities are based in Southern California, its exterior palette provides a dozen California-themed colors.

Unlike Tesla, which eschews any hint of internal combustion (unless, of course, a battery pack combusts), Karma’s GS-6 employs a 1.5 liter turbocharged engine mated to an onboard generator, and that generator provides the juice for the Karma’s 400 kW 2-motor propulsion system. The important math: beneath your foot you’ll enjoy 536 horsepower and 550 lb-ft of torque. And on top of that performance premise is its range, supplying up to 80 miles of pure electric operation, along with a maximum of 360 miles of total range. In short, head south from Dallas and you can have lunch in San Antonio, drive back to Austin for dinner, and do all of it without a stop at a gas or charging station.

With this EREV (extended-range electric vehicle) configuration, the driver is provided with three driving modes: Stealth, in which only the battery and electric motor are providing motive power. In the Sustain mode, the generator is creating the energy to power the vehicle. And in Katy-bar-the-door Sport mode, power is provided to the motor by both battery and generator. And get this: For those of you wanting a voice in your visceral, Karma adds an active exhaust system to provide, in their words, a ‘throaty, sporty note’.

As you might guess, in addition to the EREV GS-6 Karma will offer an all-electric GSe-6. While the GS-6 is available from $84K, the simpler spec of the GSe-6 allows a base price $4K less dear. Both are significantly less expensive than Karma’s one current model, the Revero GT, which has a window sticker this side – or that side! – of $150K.

For those interested in a test drive, Karma has one retail outlet in North Texas (in addition to a showroom in Houston). Principle Automotive is temporarily located on West Airport Freeway in Irving, with plans to move to a permanent facility in Grapevine. Production of the GS-6 has started, but you should check with the Karma dealer for availability.

HOUSTON, WE HAVE A PROBLEM!
The Lost Columnist – Just Shoot Me!
Event Calendar