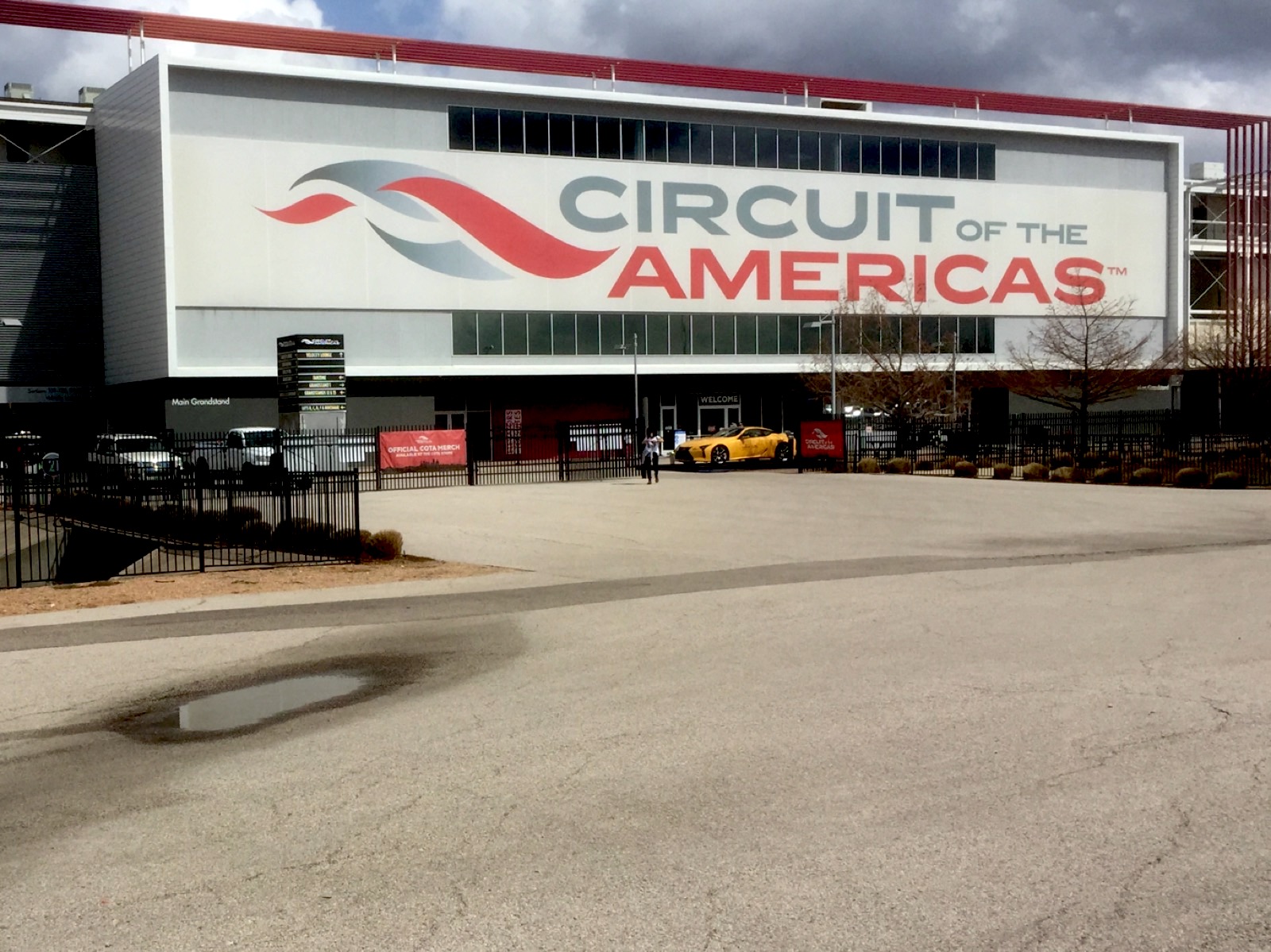 In Central Texas our WinterFest is behind us, but the pandemic is still in full swing. So, your Lost Columnist found himself getting his second Covid-19 vaccination at Austin’s Delco Center on Saturday morning, followed by a quick(?) trip down US 183 to Circuit Of The Americas, where volunteers were needed at a drive-thru Covid-19 vaccination clinic. It was a left onto US 183 up north, followed by a left onto FM 812 down south. No problem.

Ahh, but for the best laid plans. US 183 is undergoing major construction here in Austin as we convert it to a toll road. So, it bounces you all over the grid. Up onto it and back off of it, leaving you no choice but to take the new toll road at times, like it or not, know it or not. I’m sure there’s a toll bill with my name on it in the mail. (The good news? It’s in the mail…and I may never see it.) Hey, no one is more desperate for revenue than we are! Find it where you can.

Add a major crash just south of Ben White/Texas 71 that had all lanes of US 183 blocked southbound, with traffic diverted into, well, who knows where? And it became a free-for-all at that point. I drove to COTA using nothing but dead reckoning.

Despite this, and a lengthy line of cars, trucks, and SUVs on FM 812, trying to get into COTA proper, I was only about a half-hour late. Backroads and shortcuts! It’s good to be a local at times.

The plan at COTA was to vaccinate 3,000 people, 65 and over, through the window of their vehicle. Participants would remain in their vehicle the entire time, up to and including receiving their vaccination. And it worked pretty well. Masks were required for everyone, and port-a-potties were available, although the port-a-potties needed to be spaced out more than they were. It could be quite a hike to the nearest port-a-potty.

The site was a joint venture of Travis, Caldwell, Hays and Bastrop counties, and you needed to make an appointment in advance to get your vaccine. Lines were long. So, if you choose this way of getting vaccinated I recommend you bring snacks and bottled water.

People were patient and polite for the most part, even though the wait could be between one and two hours. There’s little question that people were willing to sacrifice a good part of their day to be vaccinated. Or that volunteers were willing to do that as well.

I spent my five hours directing lanes of traffic. Something I have a little experience doing, having worked the limo line at the Academy Awards for several years. For the record, this was a lot easier than that. Sorting out hundreds of vehicles, almost all the same make, model and color. (Lincoln Town Car, Black.) And then getting the right one to the right spot at the right time is a real adventure. But that’s another story for another day. (We’d like to hear that story, Alan – your editor.)

In case you are thinking of going this route, either as a vaccine recipient or as a volunteer, what follows is how this specific event worked. It was a 3-step process once you arrived at the first checkpoint.

At the second checkpoint the paperwork was filled out. (There’s always paperwork to fill out.) A volunteer assisted if you needed help, checked your paperwork, and advised you that your return date was four weeks from today, which in this case is March 27.  Your return time would be at the same time you received your shot today.

The last checkpoint was your vaccination. A quick shot in the arm and you were done, except for the 15-minute wait to make sure you had no adverse reaction. Then you were good to go.

Overall, it went quite well. There were some hiccups, but there are always hiccups.

Traffic was a problem on FM 812 at the entrance to COTA, as would be expected; it was difficult for volunteers to bypass the stopped traffic and get into the site. But there are easy work-arounds for that.

The initial volunteer briefings, held outside, were difficult to follow at times, because there was too much ambient noise to hear what was being said. (Both on-track racing and kart racing were taking place all day.) So, it ended up being two briefings, the second one occurring once volunteers were in position. And that actually worked very well. What do the Marines like to say? Improvise, adapt and overcome.

But the racing noise was not an issue for people there to receive a vaccine shot. They were a good distance away. Only the volunteer briefing, held closer to the track itself, was affected. From my vantage point directing traffic lanes, I was able to see and hear COTA’s legendary uphill Turn One.

I’ve spent a lot of time at COTA, and even had the opportunity to drive the track on several occasions. Seeing the cars and hearing the sounds of racing in the distance were an added bonus for me.

Translators were available, but more bilingual volunteers would have been helpful. That said, volunteers are volunteers. I was impressed at the sheer number of people who volunteered to help out at this Covid-19 clinic event.

So as we work through the pandemic, it’s apparent that this will not be over soon. Although I now have both doses of vaccine, I’m in the minority. We just don’t have enough vaccine yet, and we are still learning the most efficient ways to to get those shots into arms.

We’re still only vaccinating those individuals who qualify by age and profession. Had we been able to vaccinate everyone in the vehicles that came through COTA, for example, rather than just those in group 1A and 1B, we could probably have gotten that vaccine into 4-5 times as many arms, in basically the same amount of time, with the same number of vehicles. People brought their entire families with them in their vehicle, in many cases. In any case, it was rare to see only one person in a vehicle. In the (near) future (hopefully) we will have more vaccine and fewer restrictions as to who can receive it.

But one thing became clear to me early on. At mass vaccination events like this, where people are waiting in vehicles, we need to vaccinate everyone in the vehicle that it’s safe to vaccinate. These are families for the most part. Parents, grandparents, and their children. They all should be vaccinated in one trip and then get their second shot the same way. It’s incredibly efficient if you do that. But it requires more vaccine. And right now, that’s the real problem.

Finally, thanks to those volunteers willing to stand outside for long hours, in whatever weather, and often without a break. And kudos to those people willing to wait patiently in their vehicle in order to get the vaccine.

I’m fond of saying that this isn’t the beginning of the end, so much as the end of the beginning. It remains to be seen where we are in all this right now. But again, if you’re going to vaccinate people in vehicles, vaccinate everyone in that vehicle!

This isn’t an issue of politics. This is an issue of medicine and logistics. And we have the experts in both areas to solve any problems and get those shots into arms.