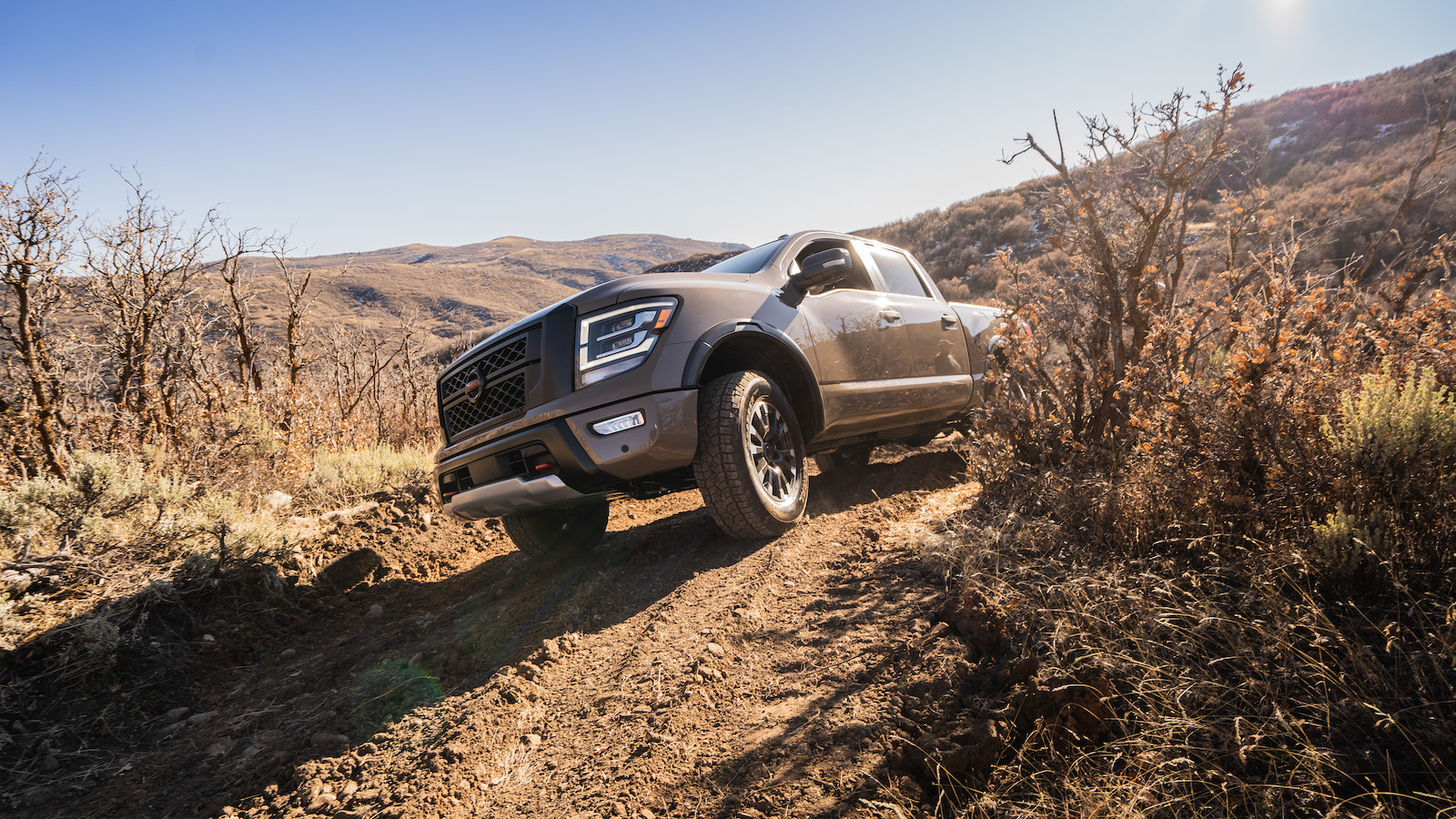 The full-size light-duty pickup truck segment is the most competitive in the automotive industry, given its high volume and the high profit margins those trucks deliver to their makers.  The Big Three in Detroit have long dominated the segment, even though two Japanese companies have more recently tried to claw their way in.  But pickup truck buyers are also the most loyal consumers; persuading them to switch is super tough.  And since the Japanese entered the full-size truck market decades late, they have been forced to play the difficult game of catch-up ever since.

Of the two Japanese companies with a full-size truck, Nissan is the one that entered the segment last (in late 2003) with their first-generation Titan.  It was an impressive truck, with a fully-boxed frame and a powerful 5.6 liter V8, but it wasn’t sufficiently impressive to convince many buyers to move away from the truck brand to which they owed their loyalty.  And so the first-gen Titan lingered at the bottom of the truck sales market until Nissan decided to take another stab at attracting truck buyers to an all-new Titan.

The original second-generation Titan was to be a version of Chrysler’s Dodge Ram truck, reskinned and rebadged to give it a Nissan flavor.  Once that initial plan fell through, Nissan lured the man who had a major part in resurrecting the Dodge Ram brand over to their side.  That man is Fred Diaz.  He went about convincing the powers that be at Nissan to completely redesign an all-new truck for the American market.  It was a very bold strategy to start with a clean slate rather than building on the first-gen truck design.  That new Titan debuted in 2016; unfortunately for Nissan it fell significantly short of the sales numbers it was expected to hit.

All that said, the current Titan pickup truck is a very solid contender, one that deserves more consideration than it perhaps gets.  Some weeks ago I test drove a Glacier White 2021 Nissan Titan Pro-4X Crew Cab 4×4 that made me realize just how good the new truck really is.  The one I drove came with a hefty $60,640 MSRP, which is almost $25,000 over a base model.  Only one powertrain is available, a 400 hp, 5.6 liter Endurance V8 mated to a nine-speed automatic transmission.  Fuel economy numbers are what you’d expect with a monster V8 in a big truck: 15 mpg in the city and 20 mpg on the highway.

What impressed me the entire time I drove it was how solid it felt, no matter what type of road I drove over.  I took it off-road for a short spell and it handled the terrain confidently and with no discernable shutter; this is a truck designed to live off the beaten path. And despite having big, aggressively knobby tires and Bilstein Off-Road Monotube shocks it handles dry pavement equally well.

There’s enough badging on the exterior sheet metal to make it clear to anyone that the Titan is a Pro-4X trim.  Those eye-catching design cues extend to the interior with contrast stitching and Pro-4X embroidery.  This truck is not meant for the shy and retiring.

It’s clear to me that the Nissan Titan is a truck that deserves more respect and attention from new truck buyers.  This is a solid, well-built, totally tough pickup that can handle whatever you want to throw at it.  It certainly gained my respect – and should earn yours.