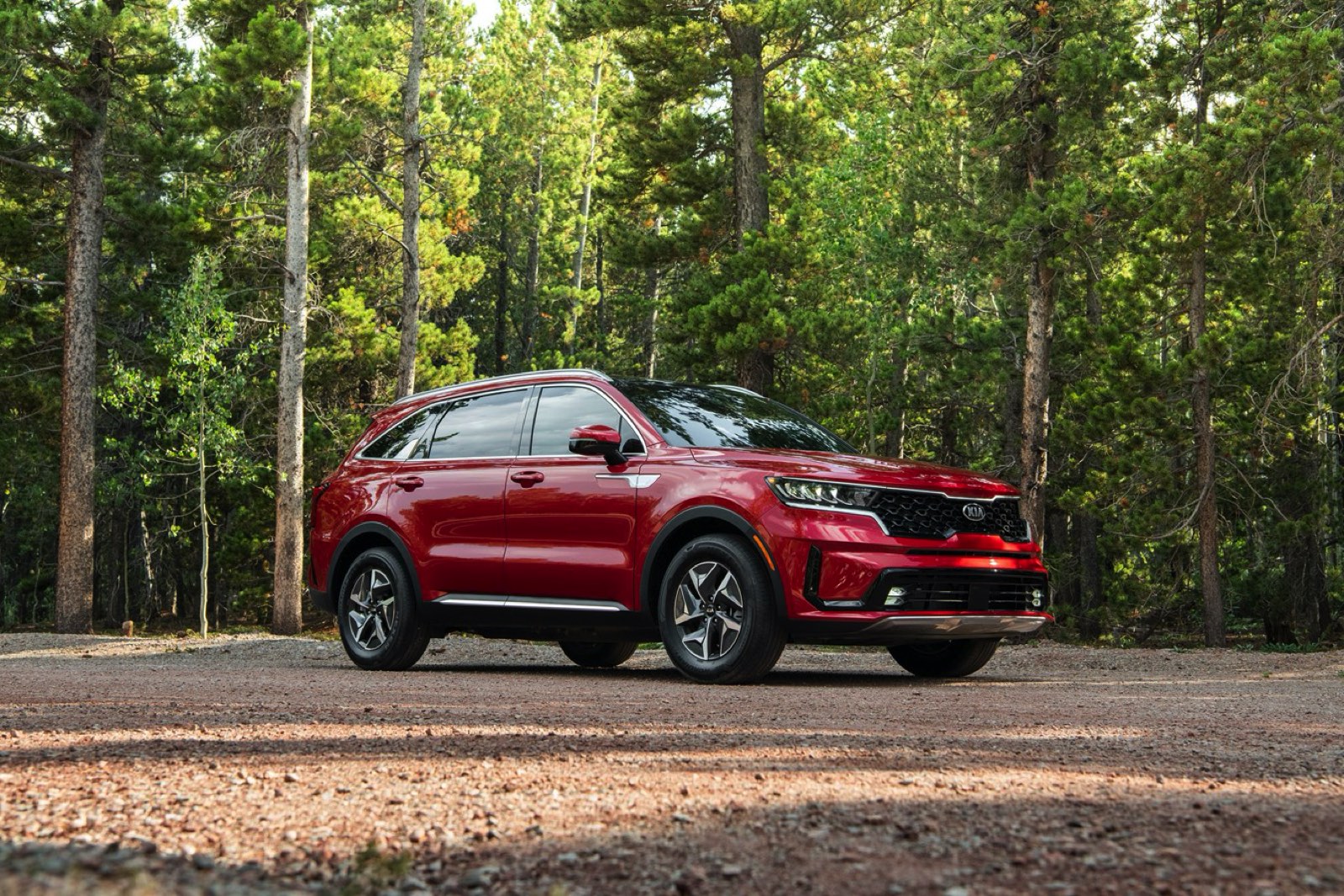 As a panelist on the AutoNetwork Reports webcast, I’m one of five that invariably discuss EVs, devoting (probably) too much time to an automotive segment that, at the moment, has market share of around 2%. Of course, the EV is today’s shiny object, and since it’s shiny it gets the bulk of our attention, the majority of attention by media specific to the auto industry, and virtually all of the attention by the general news media. Bill Ford could walk Detroit’s Woodward Avenue buck naked and the New York Times would overlook it, but if Elon Musk catches a cold the Times will cover it, and Wall Street will cough. So it’s up to us – you, me and the fencepost – to discuss Kia’s all-new Sorento.

Thankfully, this new Sorento is offered in a variety of trims – from ‘hot’ to ‘not’, and one of those trims is a hybrid. Although several numbers on its spec sheet are notable – 227 horsepower combined, along with 258 lb-ft of torque – the standout is its EPA-estimated fuel economy:  39 CITY, 35 HIGHWAY AND 37 COMBINED. Five years ago these would be big numbers for a midsized sedan, and today they’re the numbers Kia puts up for what the EPA dubs a small SUV – but this writer sees as midsize. And if I was wanting to combine utility with efficiency I’d regard these numbers as transformational.

The Sorento’s mechanical recipe is – for a hybrid – completely straightforward. A 1.6 liter turbocharged four is matched to a electric motor producing 60 horsepower and 194 lb-ft of torque. When combined with the aforementioned turbo four, Kia gives you a combined 227 horsepower and 258 lb-ft of torque. Driving the front wheels (only) through a 6-speed automatic, the powertrain is seamless in operation, one controlled via three operating modes: Eco, Smart and Sport. And this combo will haul you from 0-60 in (according to Kia) 7.7 seconds.

The Sorento’s new-found efficiency is wrapped in all-new sheetmetal. Whereas the last-gen was organic and, relative to much of the angularity present in crossovers, almost cylindrical, this is more of a traditional two-box profile, vaguely reminiscent of Ford’s midsize Edge. And running counter to many small and midsize crossovers, Kia’s design team budgeted money for glass, supplying driver and passengers with an almost Vista Cruiser’s take on visual ambience. And there’s more! All this midsize goodness has a surprise inside.

That surprise is a third row, and if you and your partner are in parent or grandparent mode the flexibility will prove invaluable. If, like us, you envision carrying five or six on short trips around town – or daytrips out of town – than a third row with relatively little luggage space with that third seat up is truly all you need. (Obviously, if you’re a family of six taking regular 2-week roadtrips your needs are greater; for that Kia builds the larger Telluride and a minivan.) A short visit with a mom at a local grocery store, behind the wheel of a new Sorento Hybrid, confirmed the rightness of the Sorento formula, with enough room for extra kids, but not so much size as to require a lengthened garage.

Beyond the third row is a credibly executed interior, with comfortable front buckets, a second row of two captain chairs and a third row appropriate to two (smallish) passengers. Interior plastics are completely appropriate to the Sorento’s under-$40K price point, while the seats are covered in an almost leather-like, perforated SynTex. And thankfully, Kia retains some degree of intuitive design in its control of infotainment.

As a company, Kia is on a roll. Its large 3-row Telluride has been an absolute homerun in both consumer satisfaction and sales, its Stinger 4-door offers a viable alternative to German sport sedans, and the company is knocking it out of the park in its Initial Quality surveys among mainstream brands. And while I don’t believe the Sorento will get the same level of buzz generated by the larger Telluride, it represents a new benchmark in affordable utility and attainable efficiency. As suggested in the above headline, Buy the Numbers.

2021 NISSAN TITAN PRO-4X: LIFTING THE TITANIC
The 2021 Jeep Gladiator Rubicon 4×4 EcoDiesel – How does it stack up?
Event Calendar